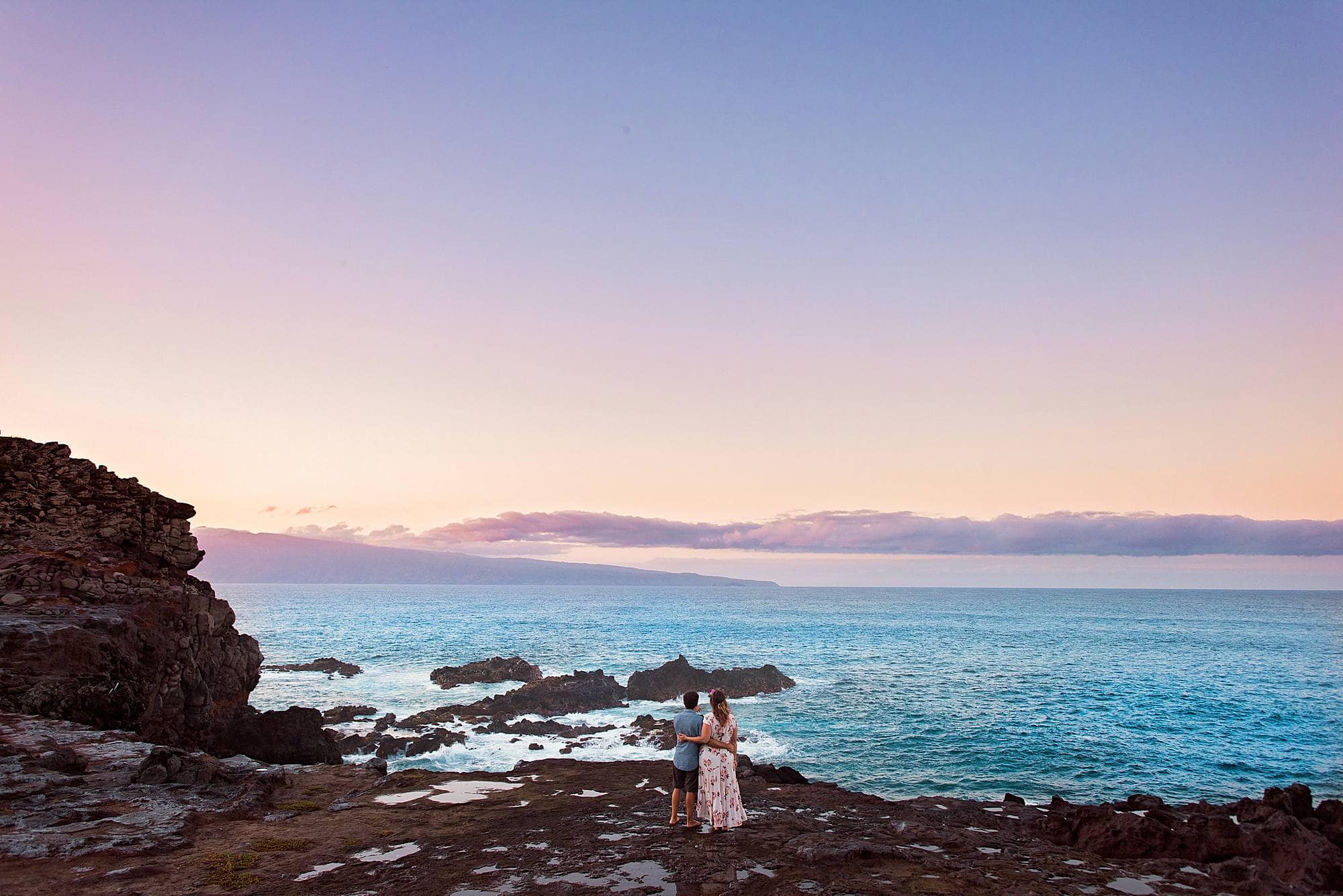 Where do I even begin on this? I’ve known Katie since I was in high school. We were buds then but became even closer when we started carpooling to college. We endured snowstorms, the dreaded Michigan construction, and college class woes together for the fall semester of 2004. When she transferred colleges a year later, I often spent my weekends visiting her and her quirky friends at the College for Creative Studies in Detroit (she’s now a badass graphic designer with her hubs)

In 2008 she moved to Cleveland. In 2009 I moved to Maui. For the last decade, we have bounced back and forth between seeing one another (admittedly, she’s come to me more often than I’ve come to her). We talk once a week on the phone. We’ve stood up for one another in our weddings. We’ve supported one another from afar through engagements, weddings, businesses, travel, and motherhood (just me…for now!).

This year they wanted to do a super adventurous sweetheart session at a location of my choosing! We had the most unbelievable light that evening and they weren’t shy about being sweet with one another. Watching my friend (who looked like a friggin’ goddess) and her husband frolic around Maui makes me all misty. Really. I got choked up at the end. I guess I’m that person now (thanks post-pregnancy feels)!

Why am I giving you background on this? Because on Saturday, January 13 at 8:07 AM – less than 24 hours after our session –  my phone started going off with a warning:

“EMERGENCY ALERT: BALLISTIC MISSILE THREAT INBOUND TO HAWAII. SEEK IMMEDIATE SHELTER. THIS IS NOT A DRILL.”

My heart stopped. What do you do in that moment? How do you react? My phone started ringing. All of my friends were calling me. “What do we do? Where do we go? What’s going to happen?”

And for me, I was panicked. I held my daughter close, filled the bathtubs, and hid in the bathroom downstairs with Eddy and my dog Lilo. And I prayed. A lot. Harder than I ever have before. I was completely helpless and whatever was going to be…was going to be. I had no control.

My husband, our friend Josh, and Katie and Jasen, were all hiking the crater. Out of touch, out of service. The thought that if this was the end and I couldn’t hear Anthony’s voice again or Katie’s laugh – man, it was too much.

Thirty-eight minutes later, I got another message saying that it was sent out in error. THIRTY-EIGHT MINUTES. I cried out of relief. I cried because I could hug my husband and one of my best and oldest friends again (Josh and Jasen too).

Turns out that they received the message when they were a mile down in the crater. They sprinted as fast as they could back up. But it was a mile up hill, in the sand, at 10,000 ft, and they had limited oxygen because of the elevation. I didn’t hear from them until after the all-clear had been issued.

It was like in that thirty-eight minutes I had this clarity. So many things just didn’t matter. The businesses. The house we’ve been waiting on for almost an entire year. My post-baby body that I have a love-hate relationship with. The laundry that was piling up. None of it mattered.

Only the people I loved mattered.

And I think that’s why looking back at the photos I took 24 hours before the missile scare now hold so much more meaning to me. We explored Northwest Maui together and just pulled over when the light got good. Katie and Jasen said to me “Shoot somewhere you’ve always wanted to shoot. Take us on an adventure. We trust you completely.”

They climbed down cliffs, hiked through fields, and did everything I told them to do. The night was perfect and I’m so happy I can look back at these photos with the clarity I was given that Saturday morning. 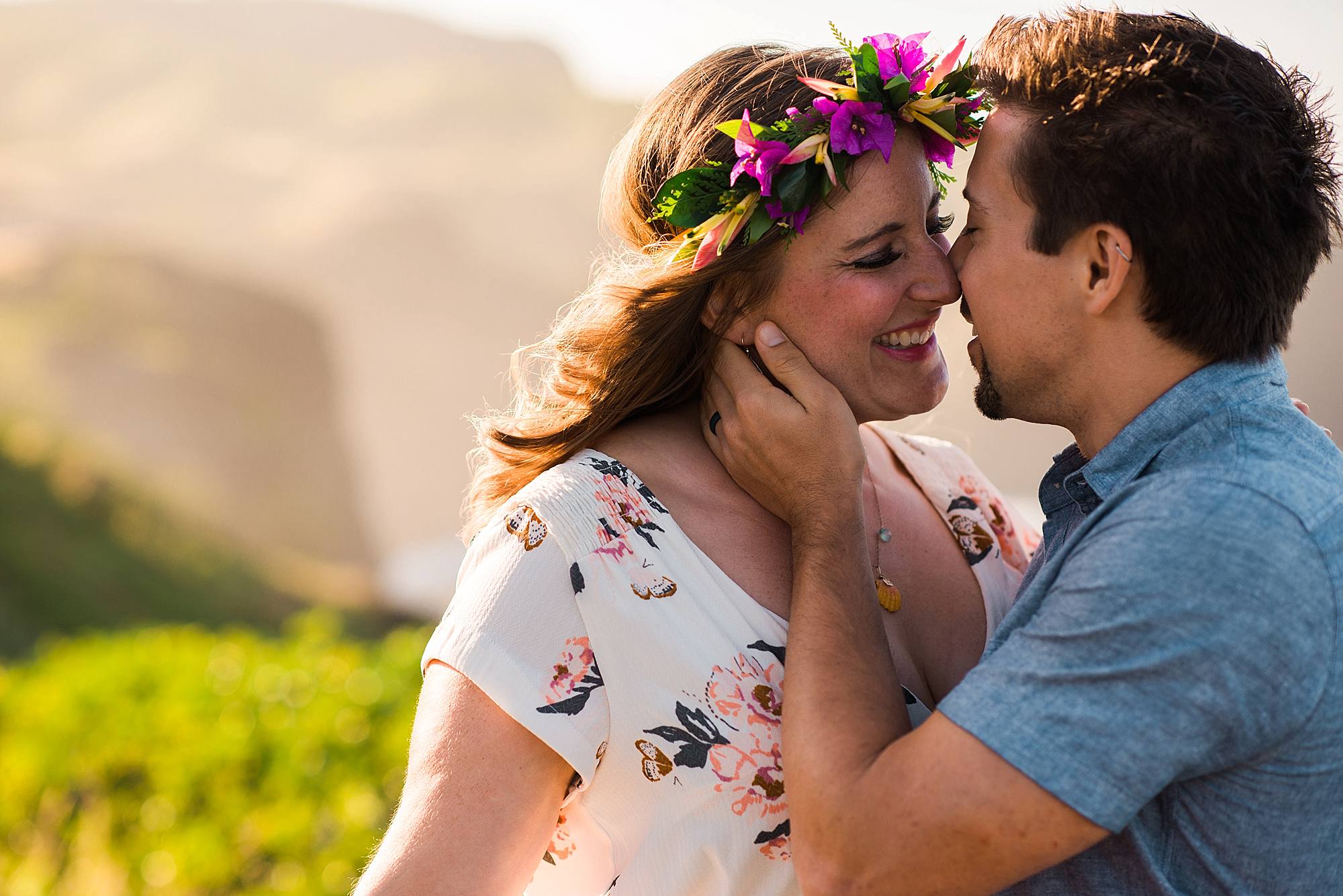 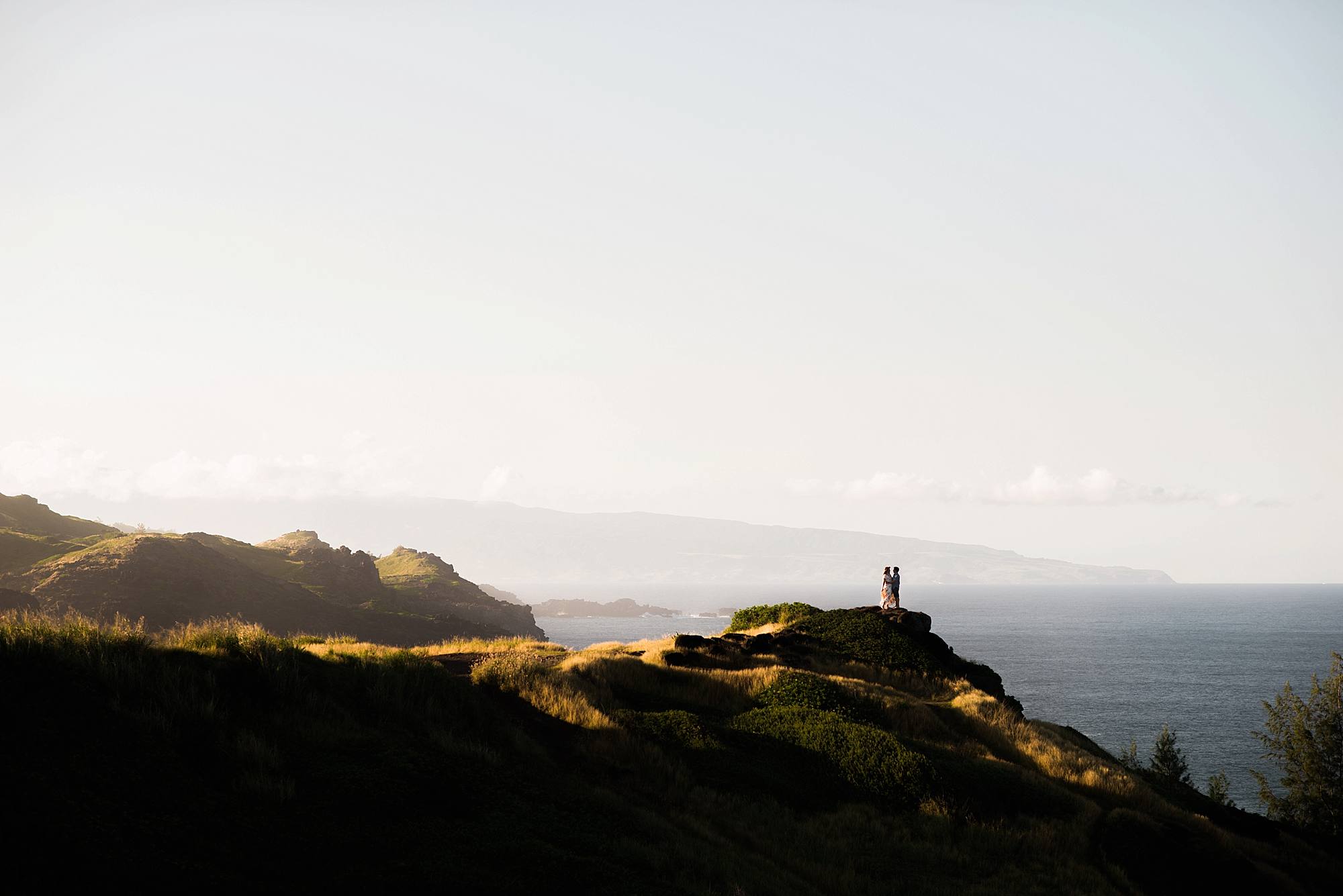 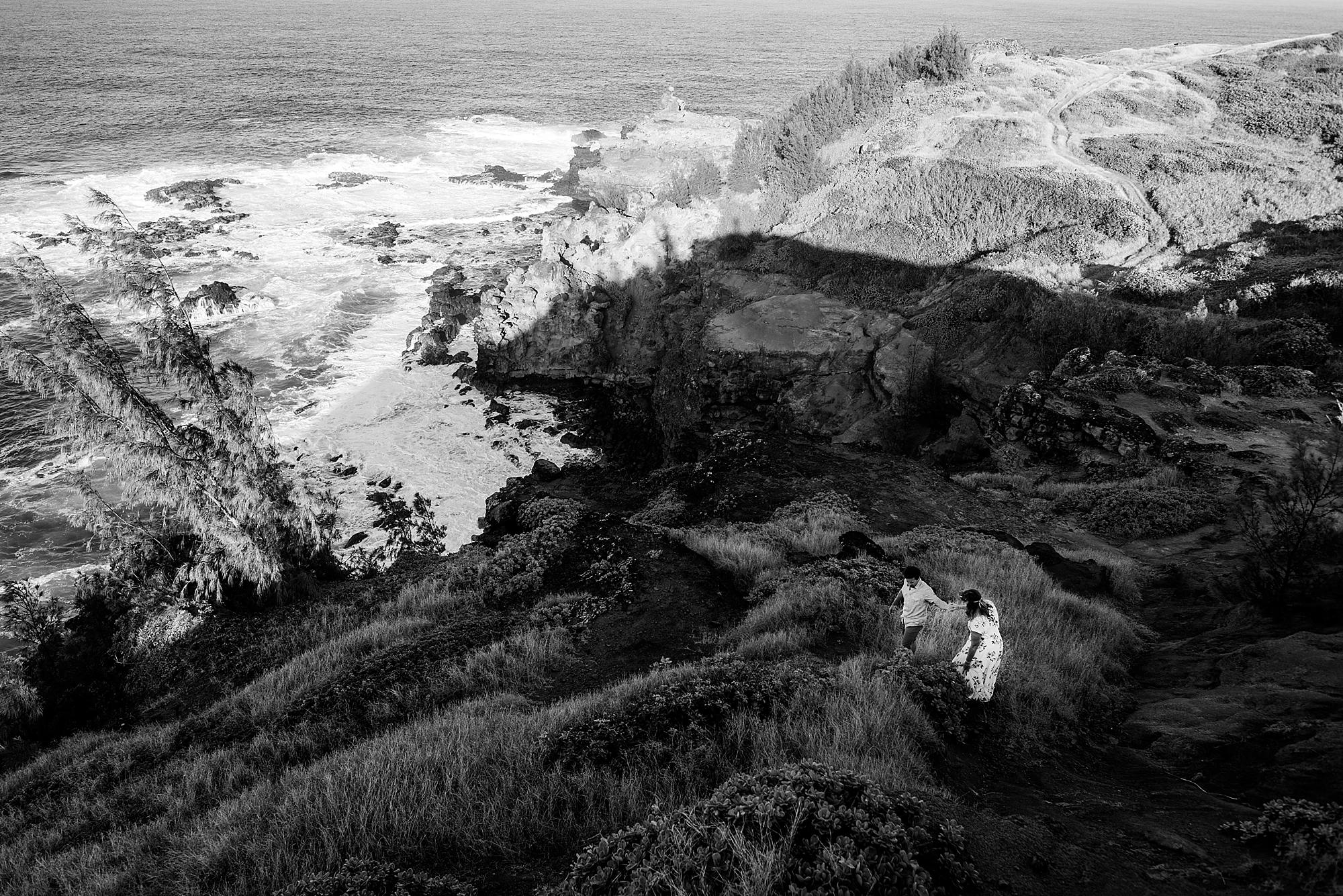 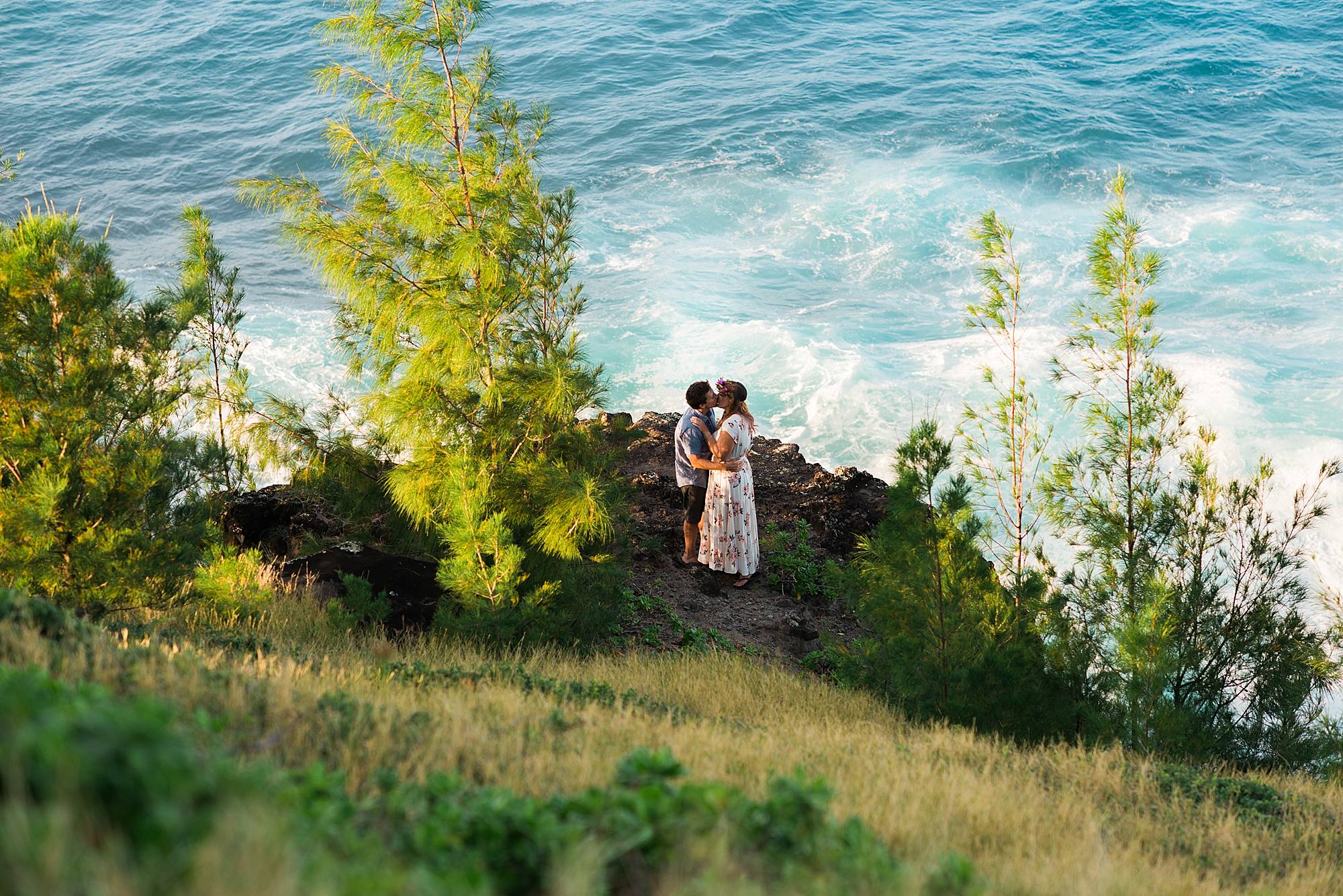 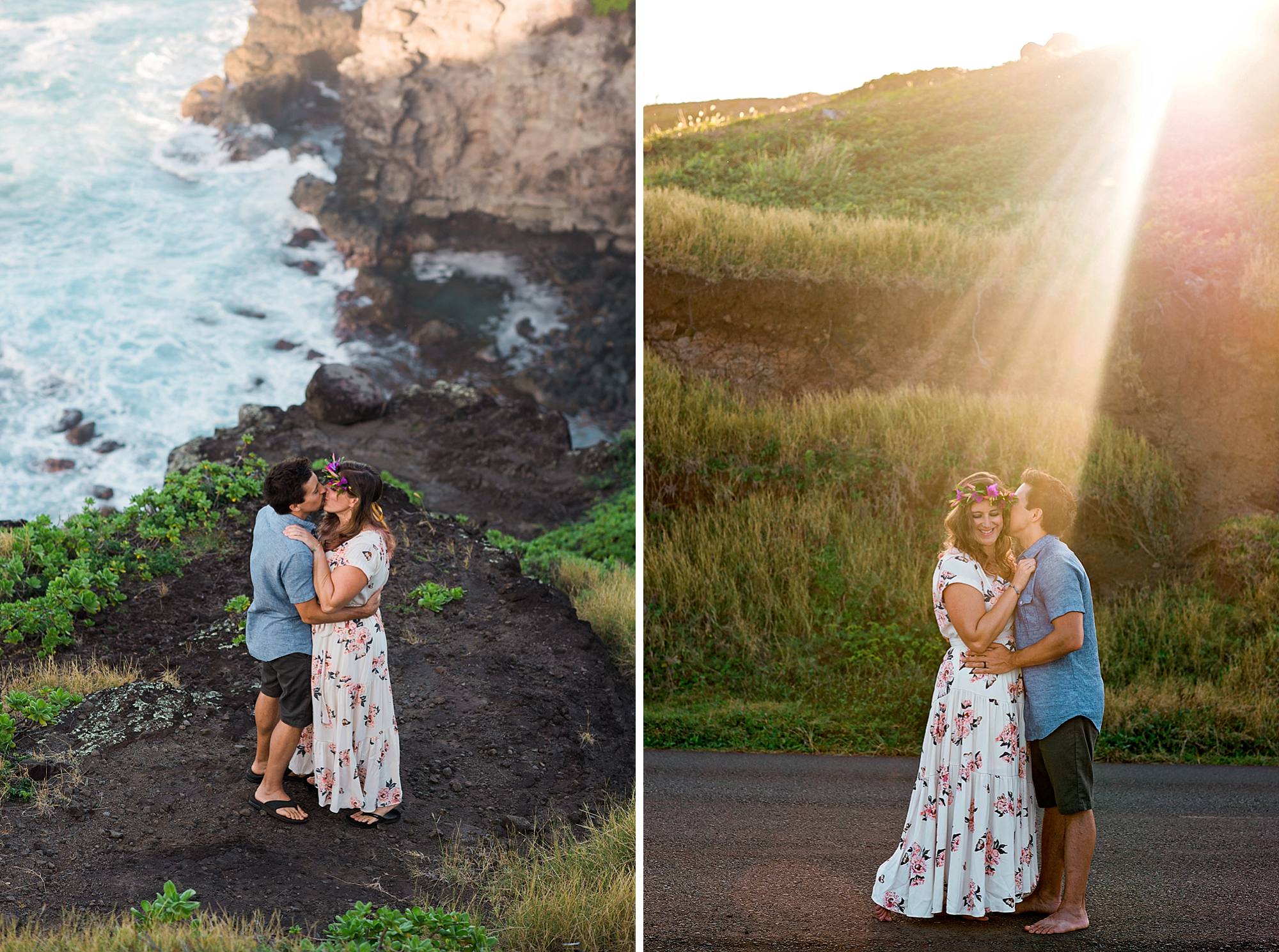 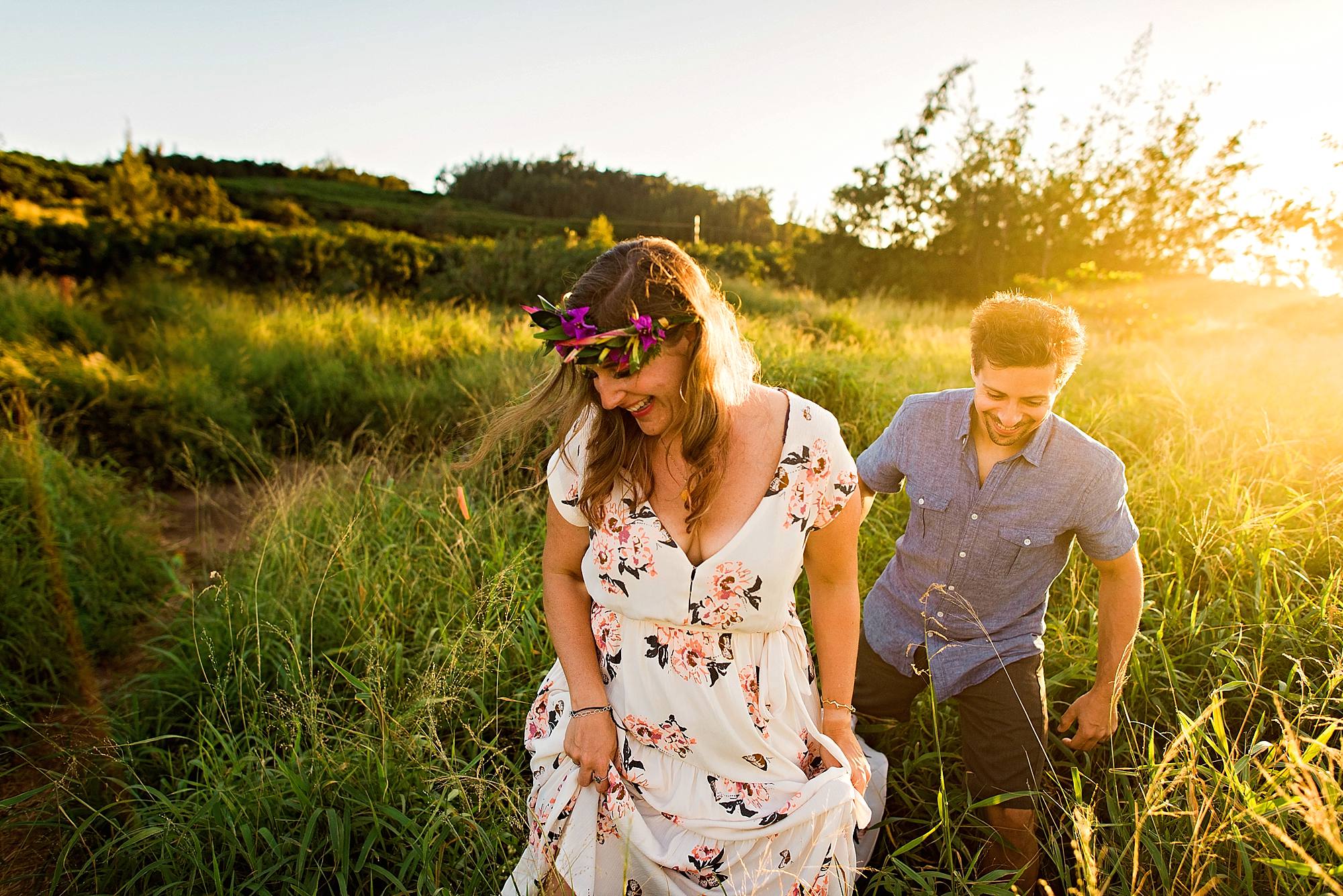 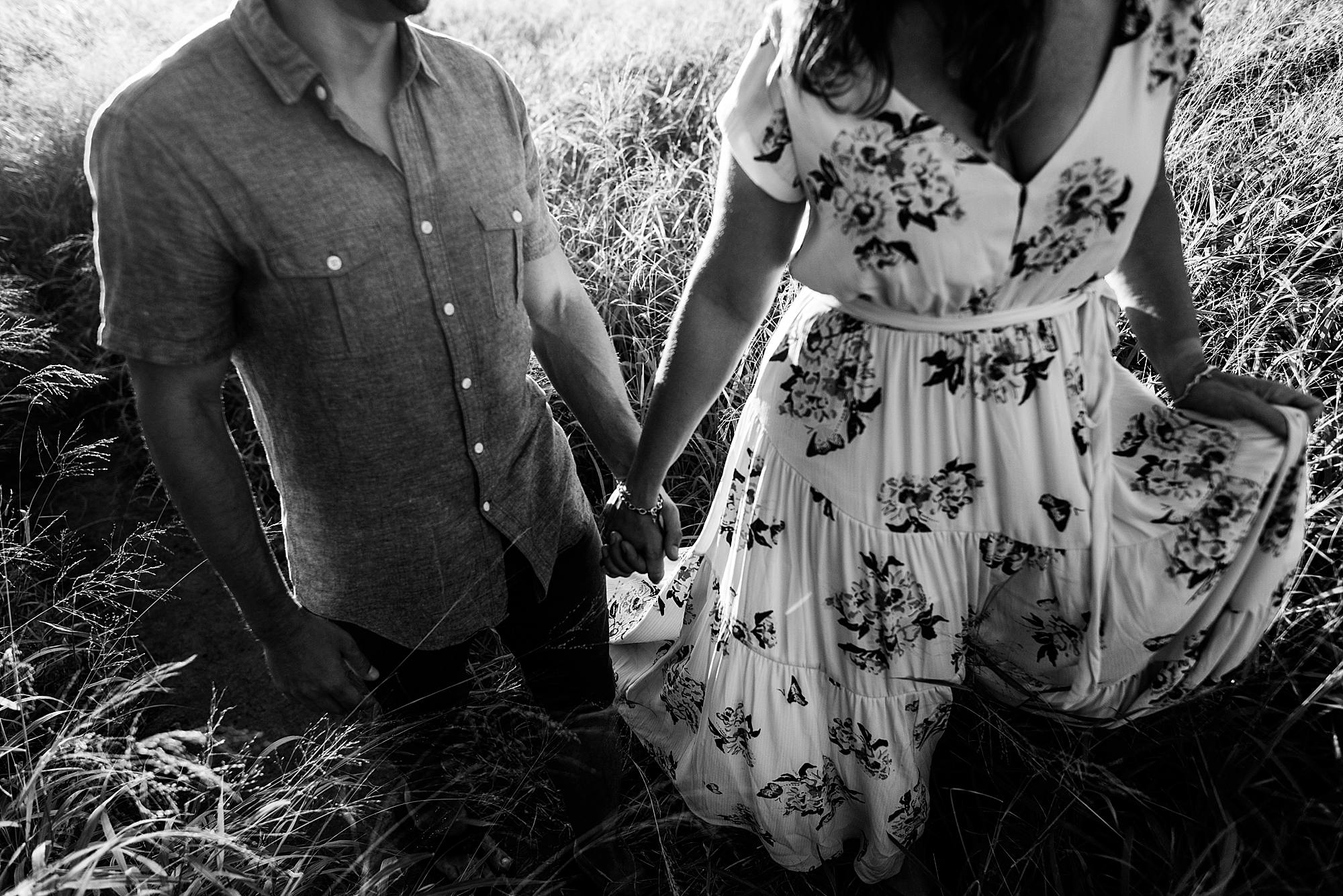 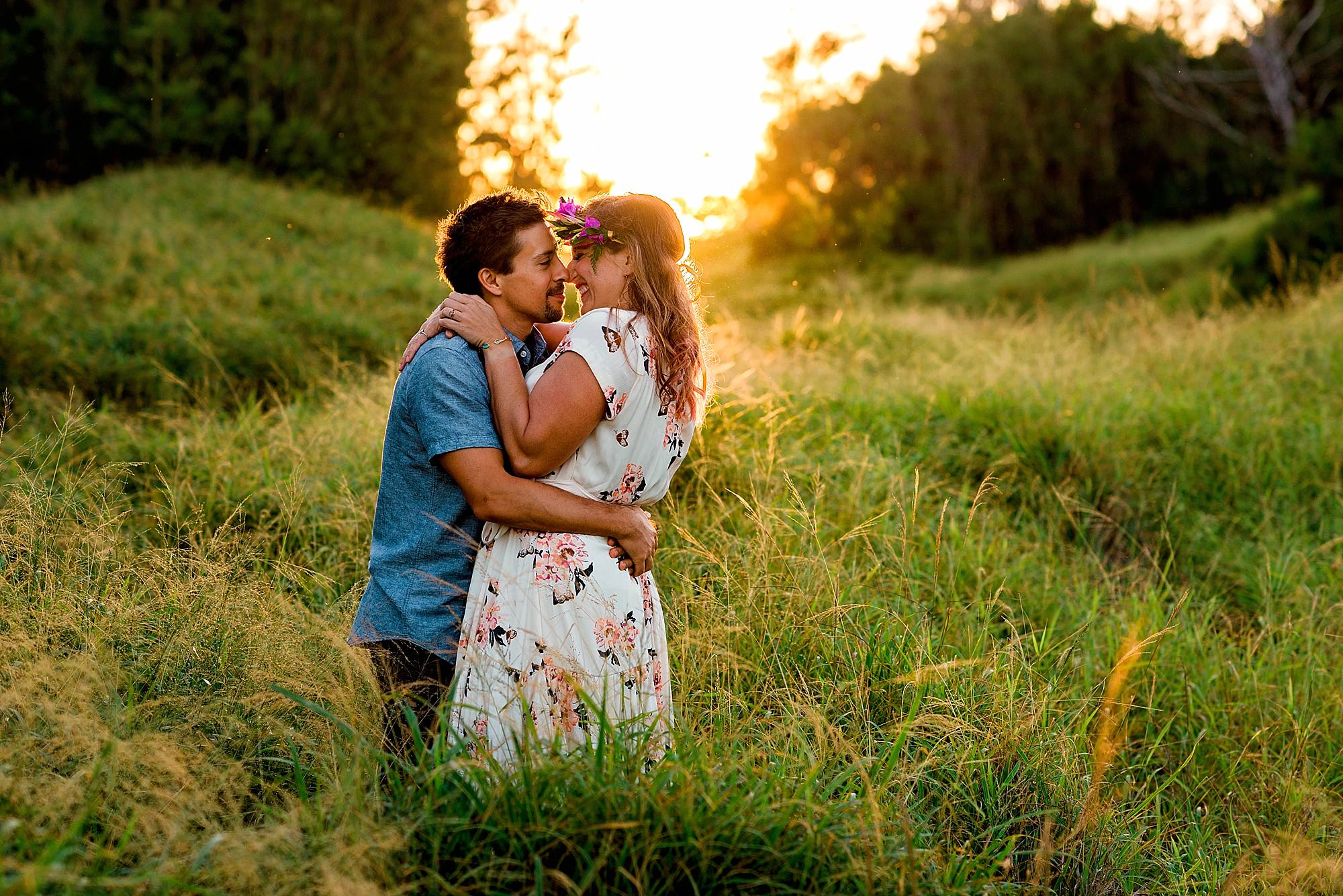 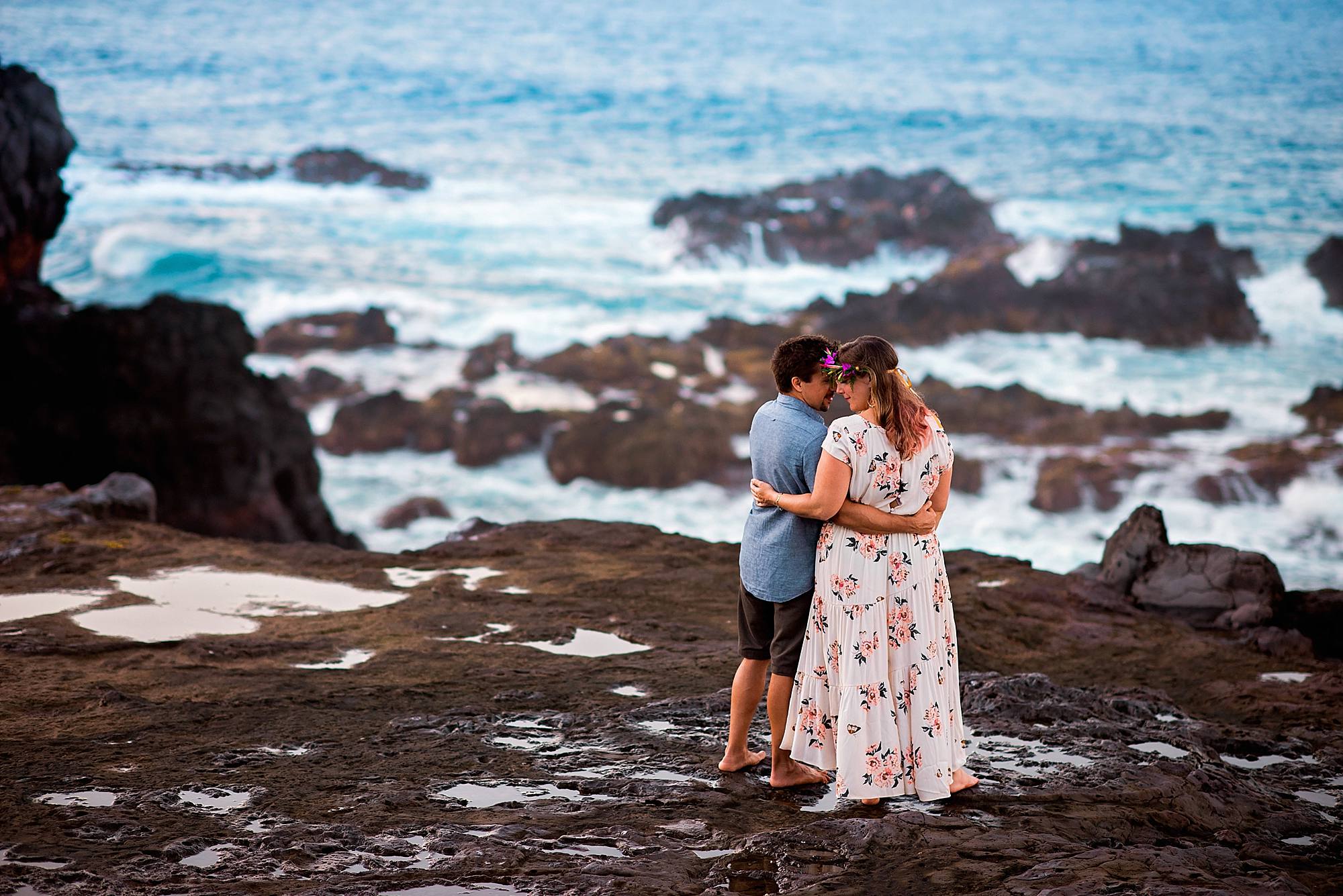 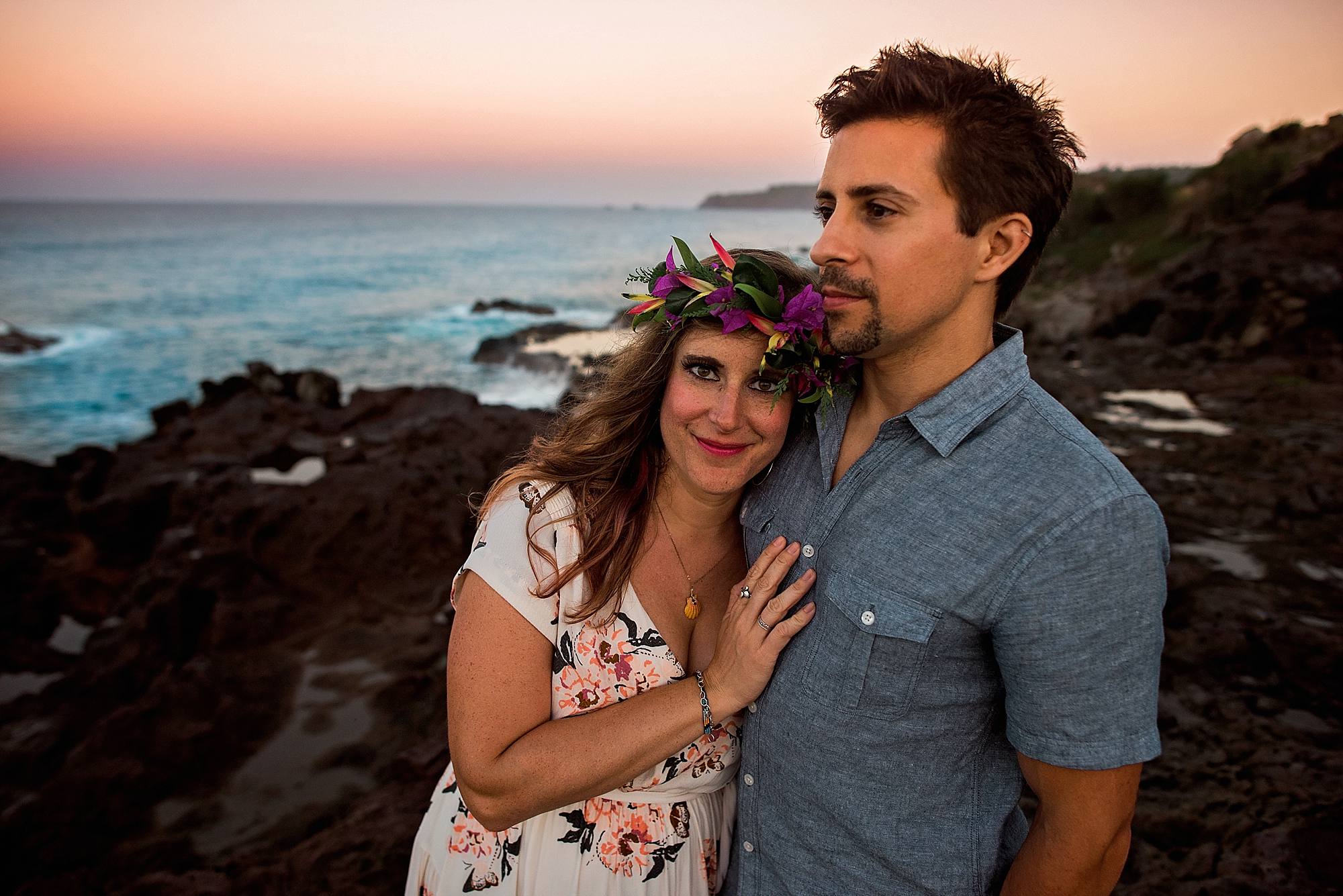 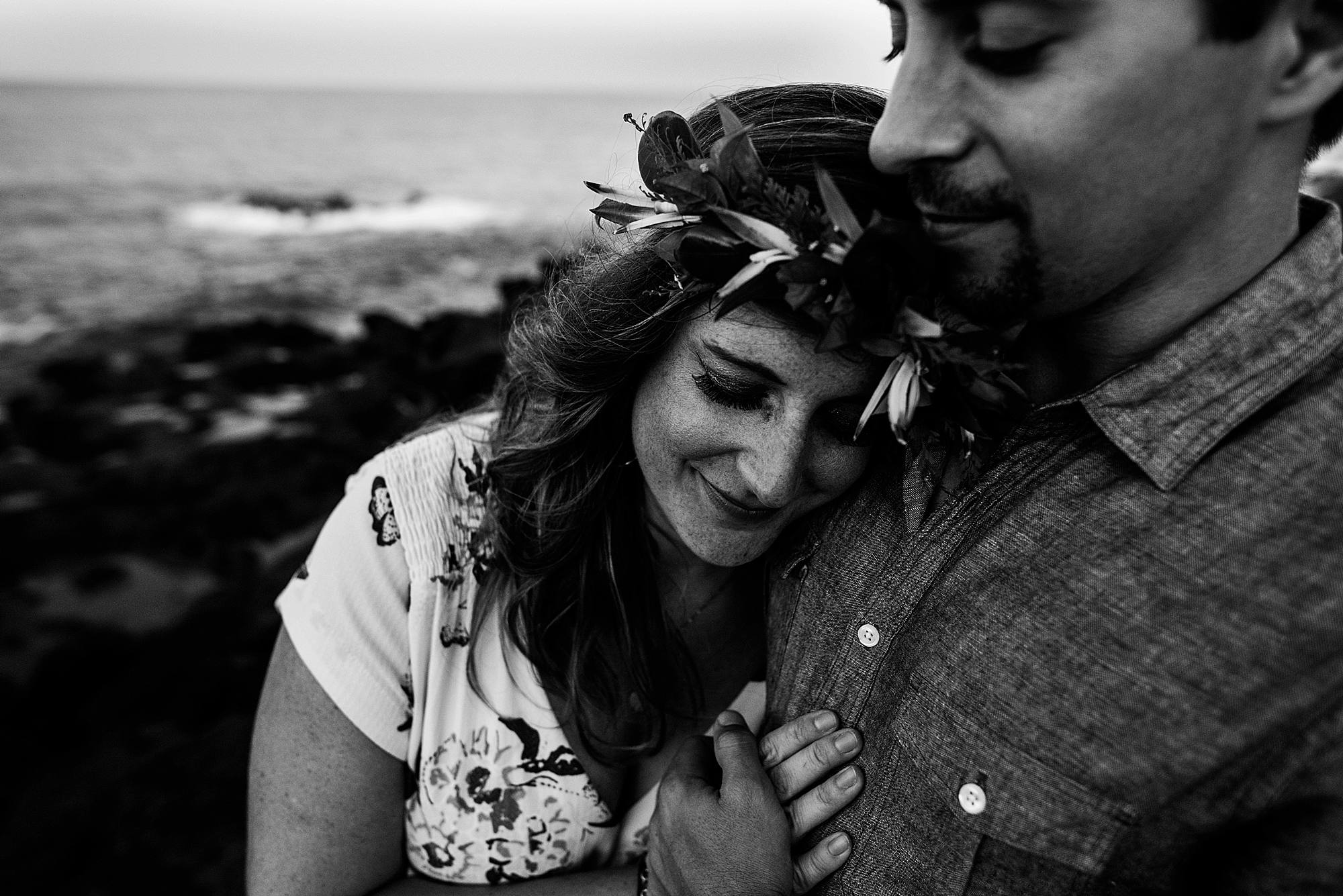 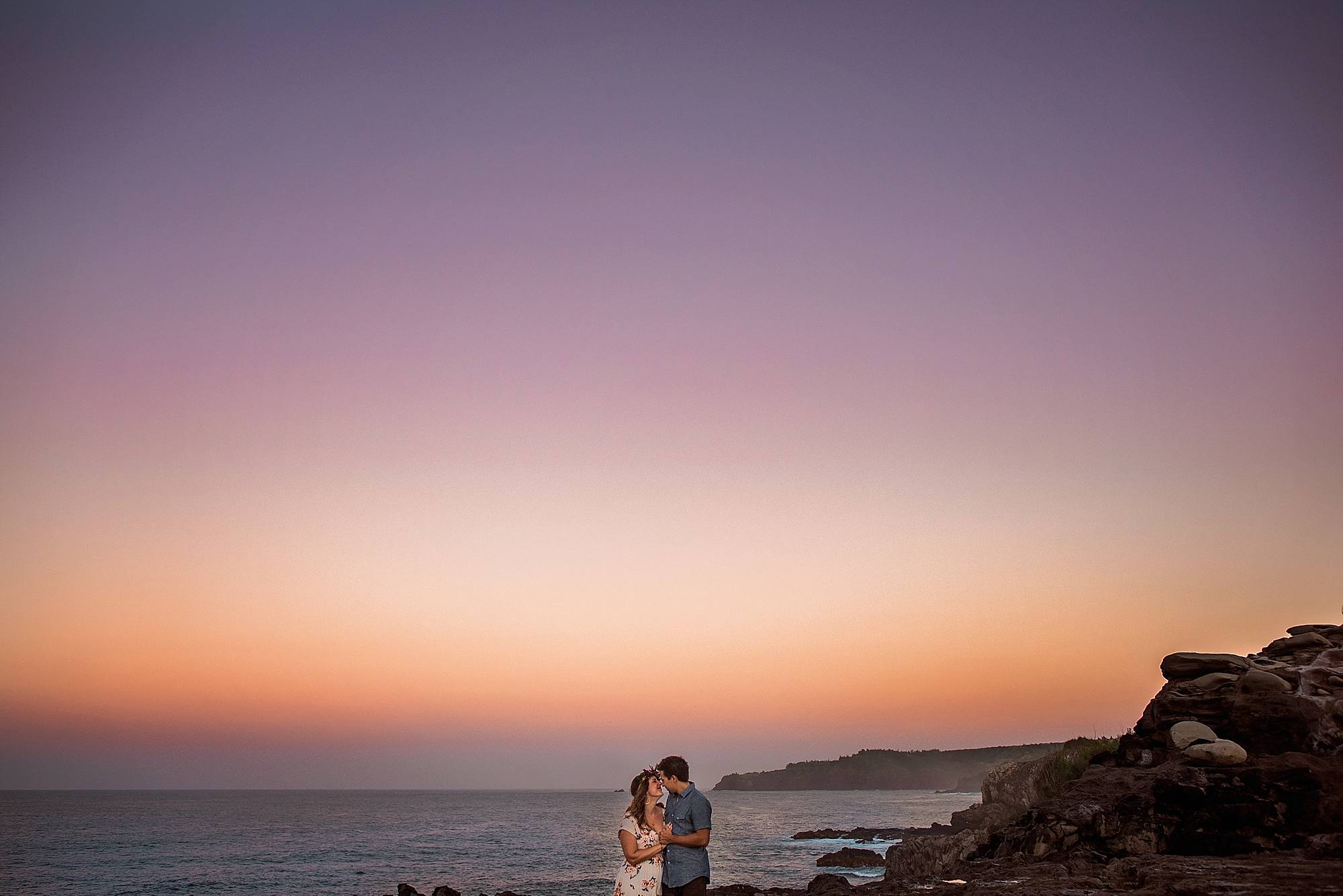 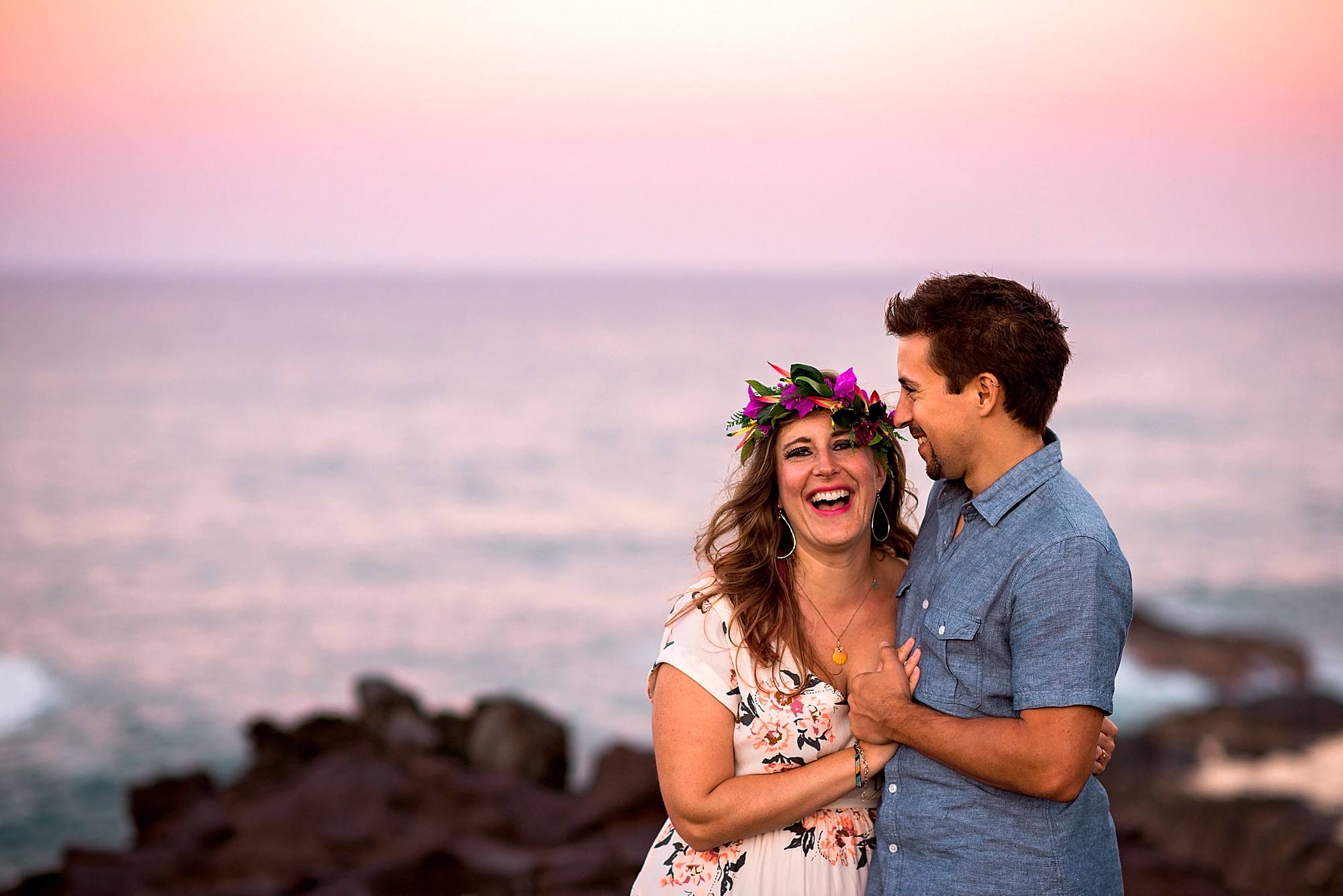 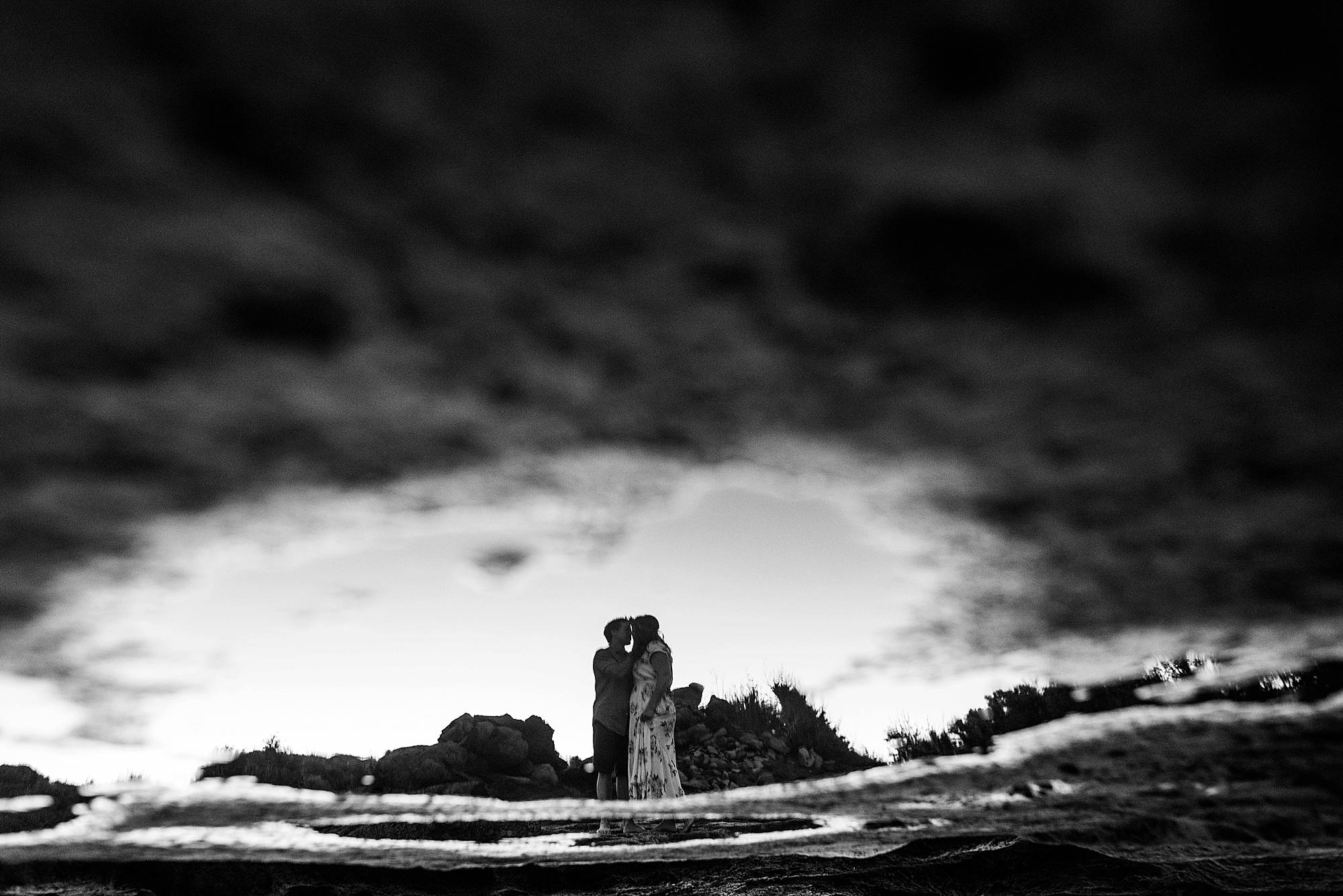 2018 goals include not needing a missile scare with the threat of imminent death to realize what’s really important in life.

Want to go on an adventure like Katie and Jasen? Let’s connect!