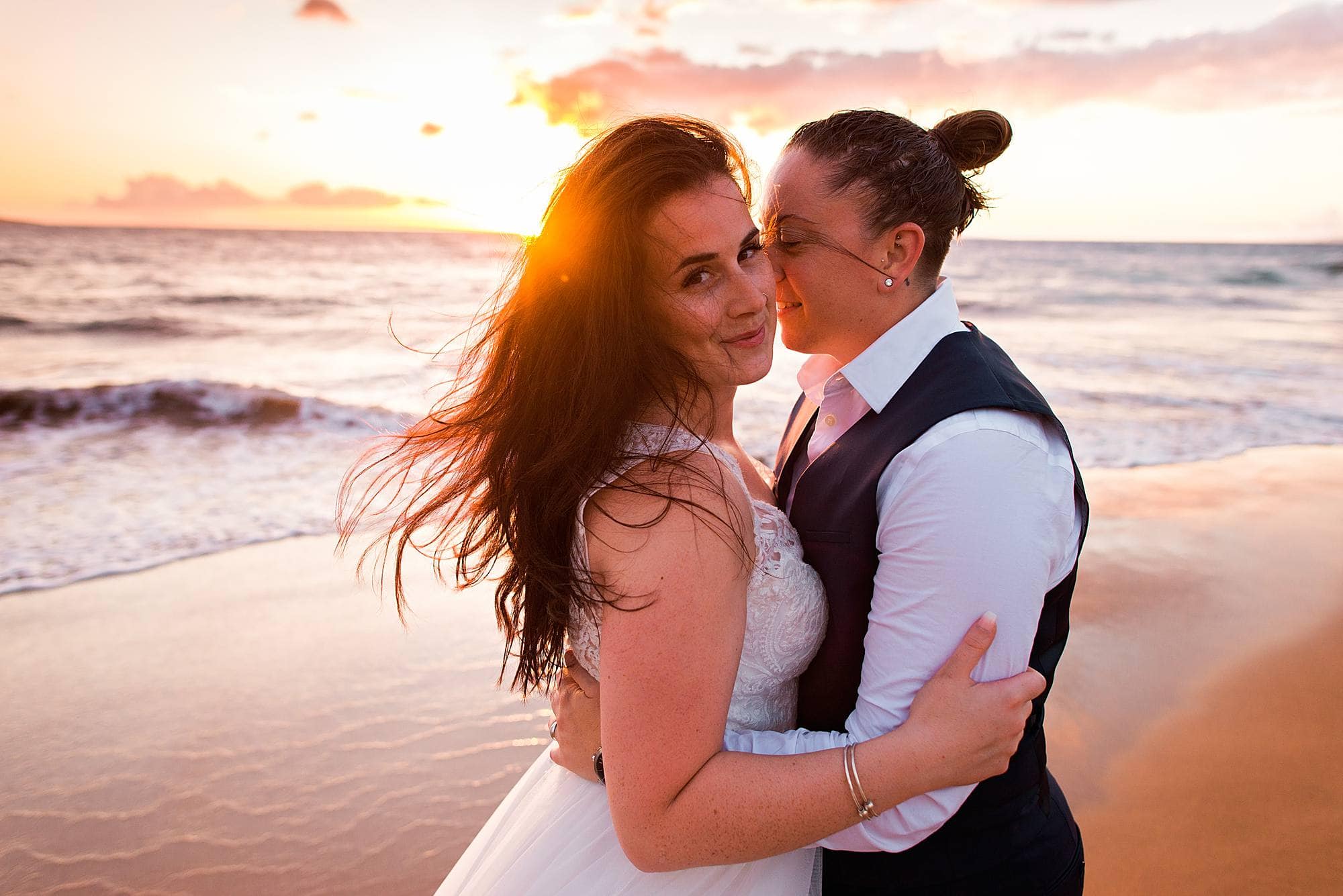 Kayla had contacted me a couple of months before she tied the knot with her then-fiance Lauren.  They wanted to do a fun honeymoon portrait session on Maui.  She also wanted some killer shots in her dress.  And you know I’m always down for a trash the dress session at the end of a photo shoot!  Honestly, though, any time we can incorporate a gorgeous gown and the Maui backdrop it’s an unbeatable combination every time.

I met them in South Maui, and we jumped in the car to go on a little photo adventure.  I took them to some spots where I thought the light would be really pretty.  Maui did not disappoint that evening.  And neither did these girls; they rocked it in front of the camera. Lauren had been a little apprehensive about booking the photo session while they were in Maui, but Kayla assured her that it would be worth it.  I’m so glad that they stuck with the plan because it was such a great session!  These two were amazing, and the photos we got were incredible.

At the first location they had more casual outfits on.  Once we got to the lava rocks and the sun dropped a little lower in the sky, they changed into their wedding attire.  We were able to get some really rad shots.

After we left the lava rock area, Kayla said to me, “So, I kind of want to get into the ocean with the dress on. Is that cool?”  And I was like, “Heck yes, it’s cool!” So we went to one of my favorite sunset beach spots.  I just followed them into the water and they were splashing around in there.  We had some big waves that came up. Lauren was cracking me up saying, “Babe, you know I’m only doing this for you.” And, again, I was just so glad she was willing to do whatever her wife wanted because I’m just totally in love with these pictures.  And I’m totally in love with this couple.  Maui really loves them, too, because it was really showing off for them this night. 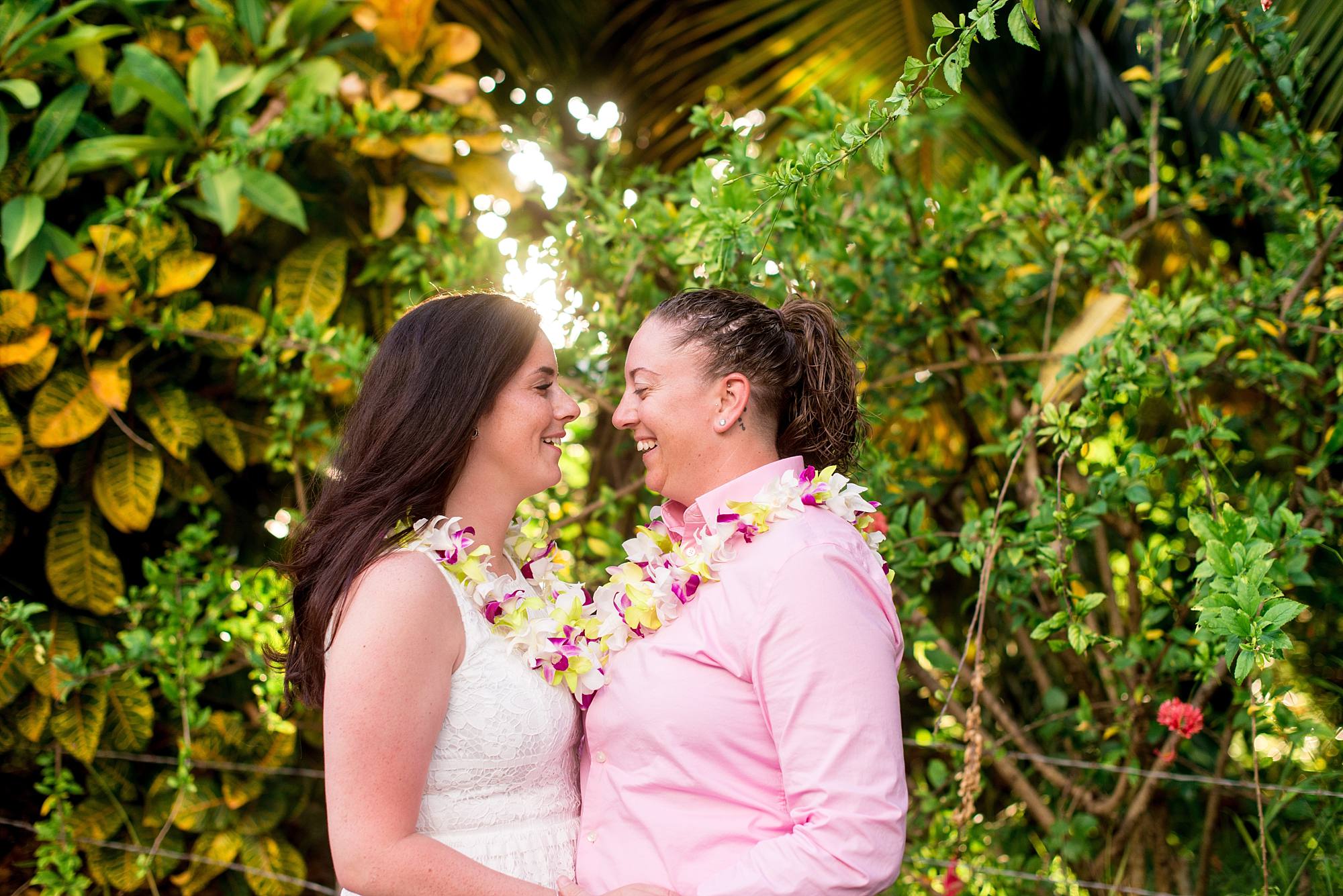 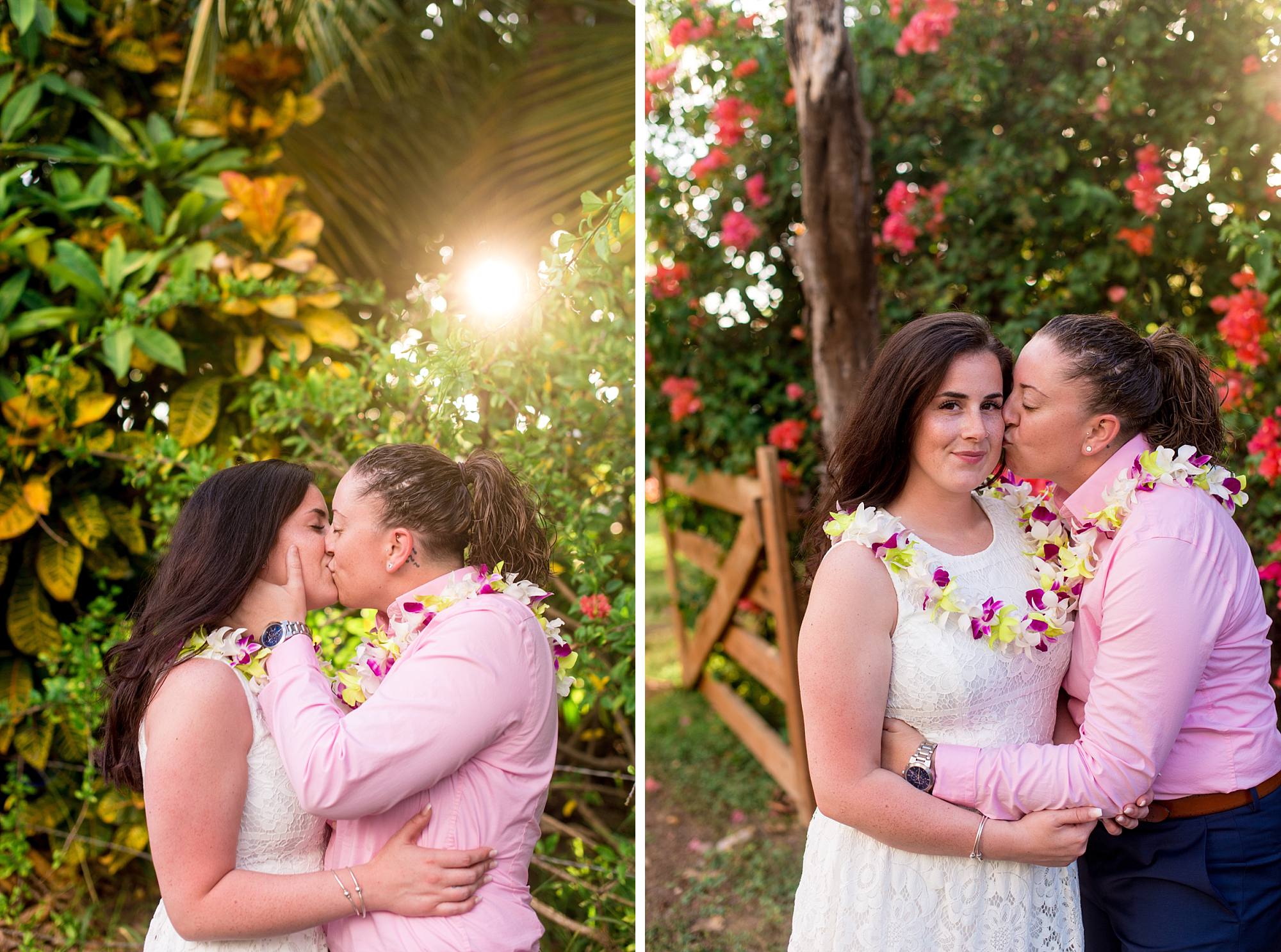 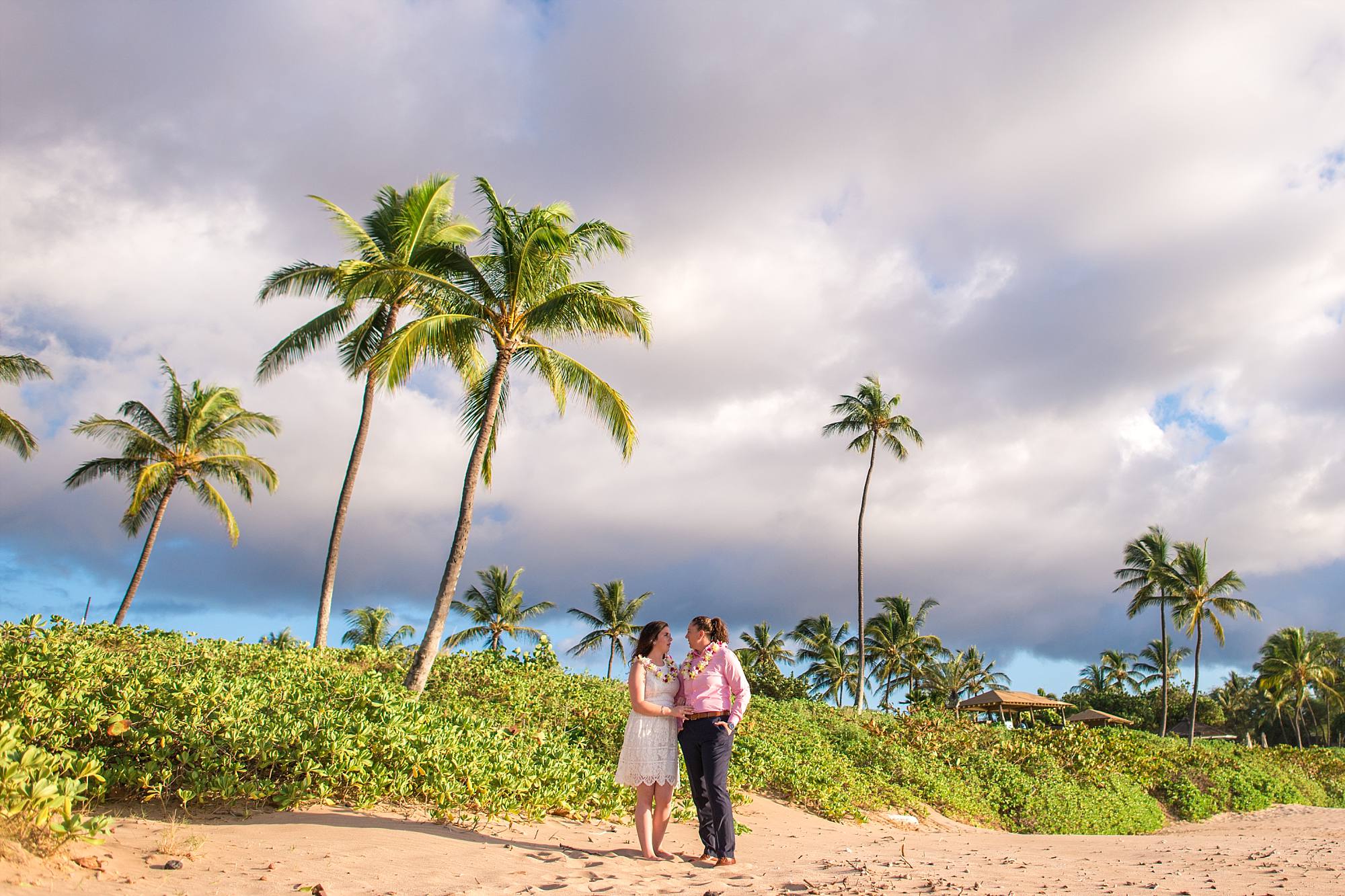 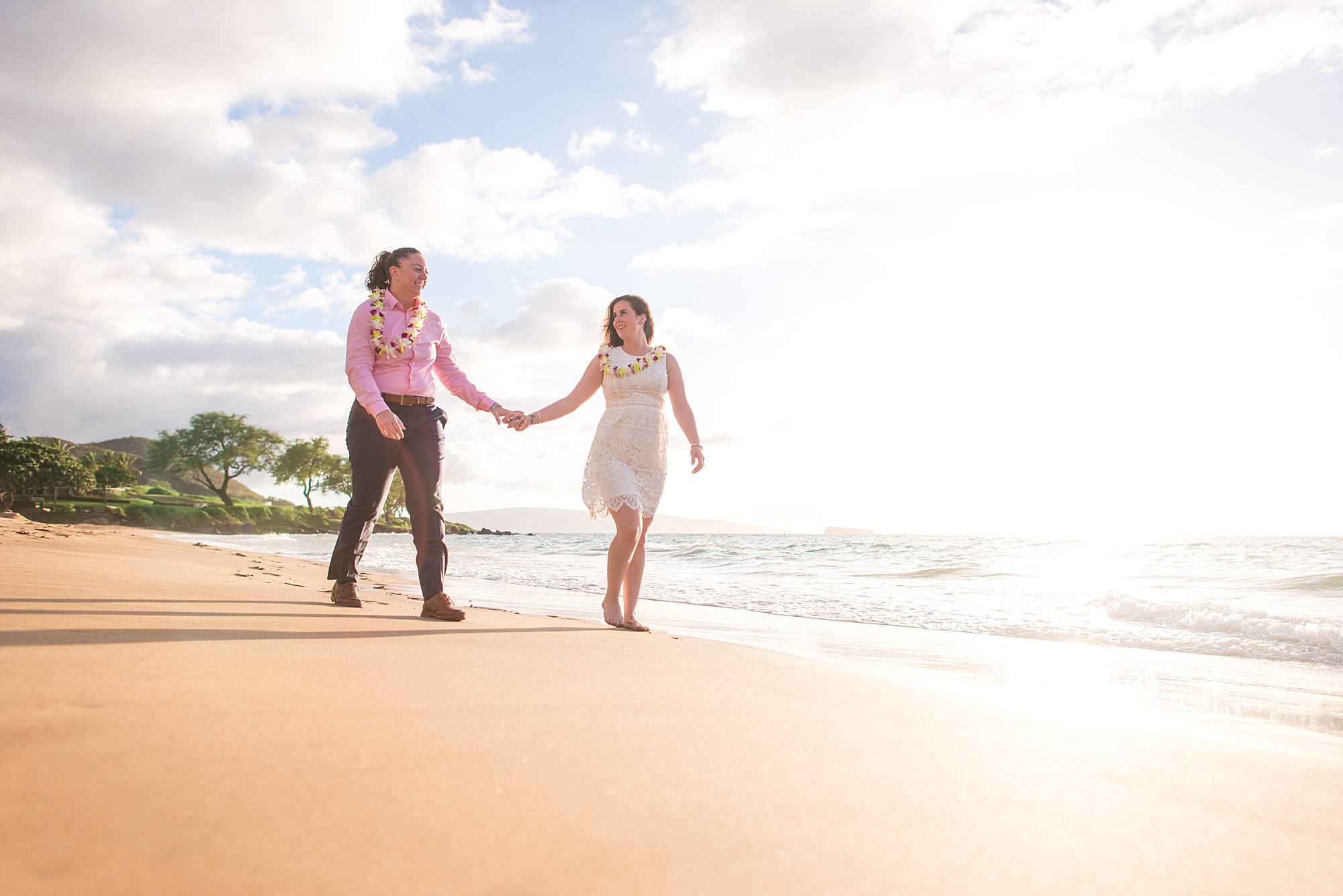 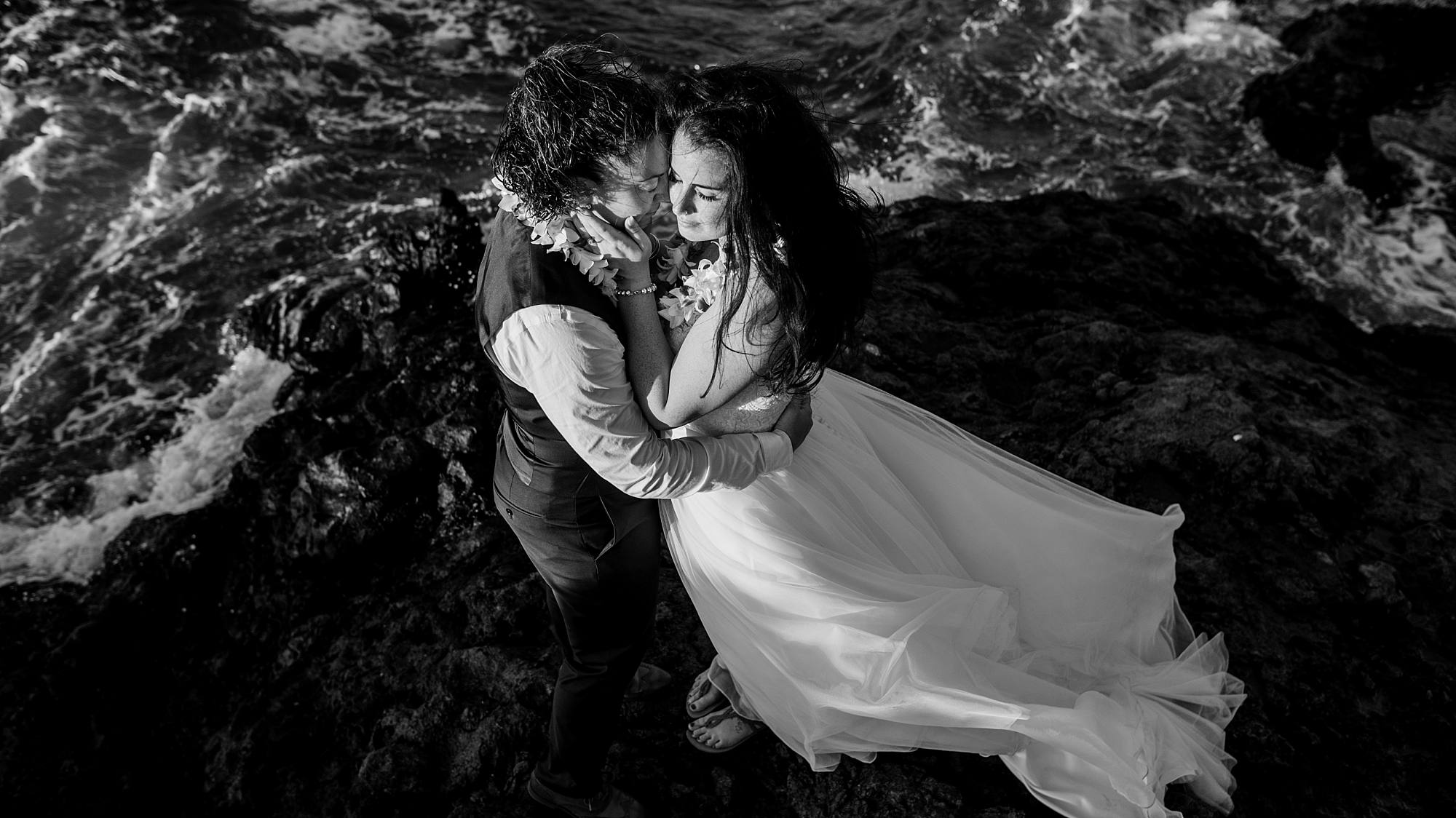 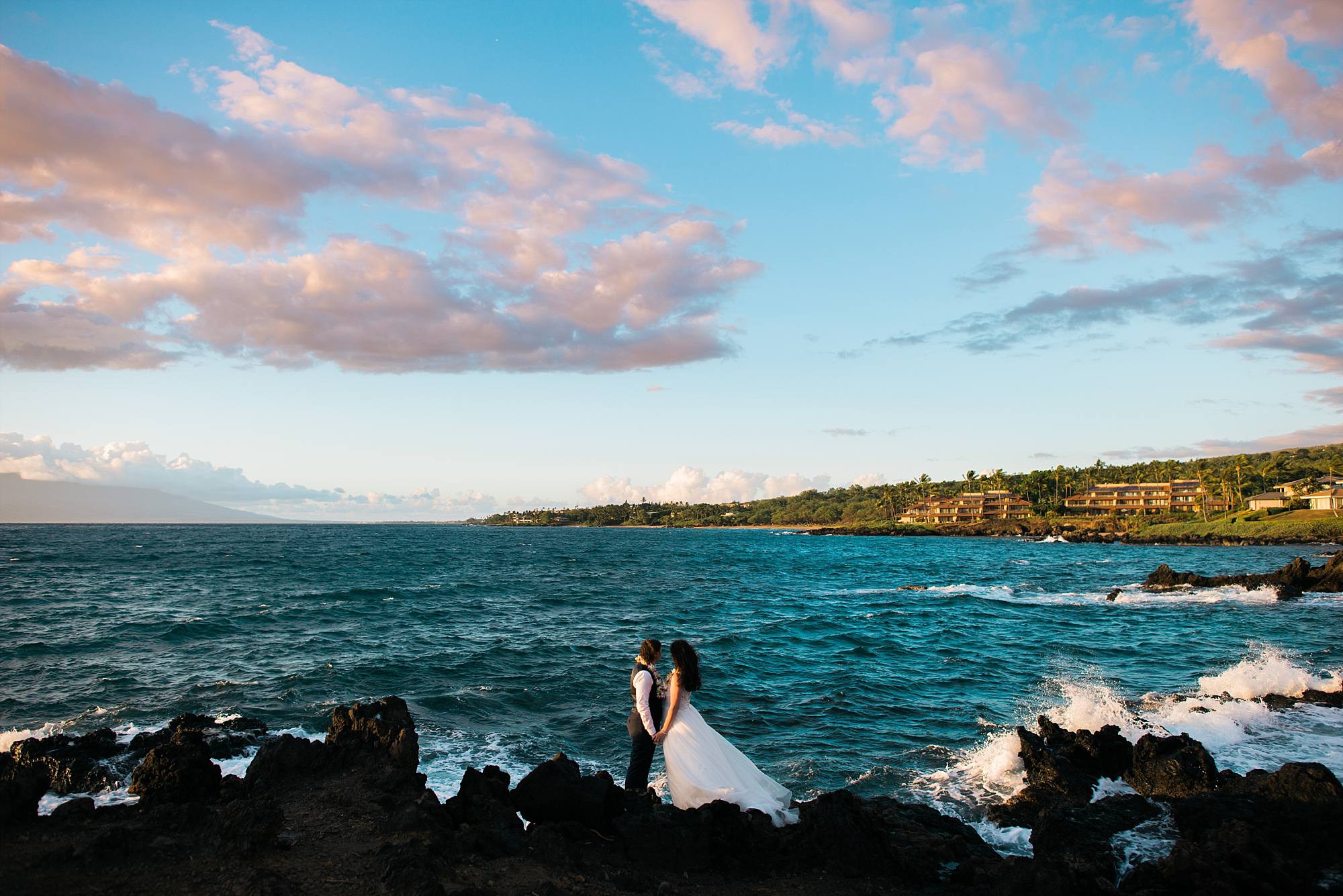 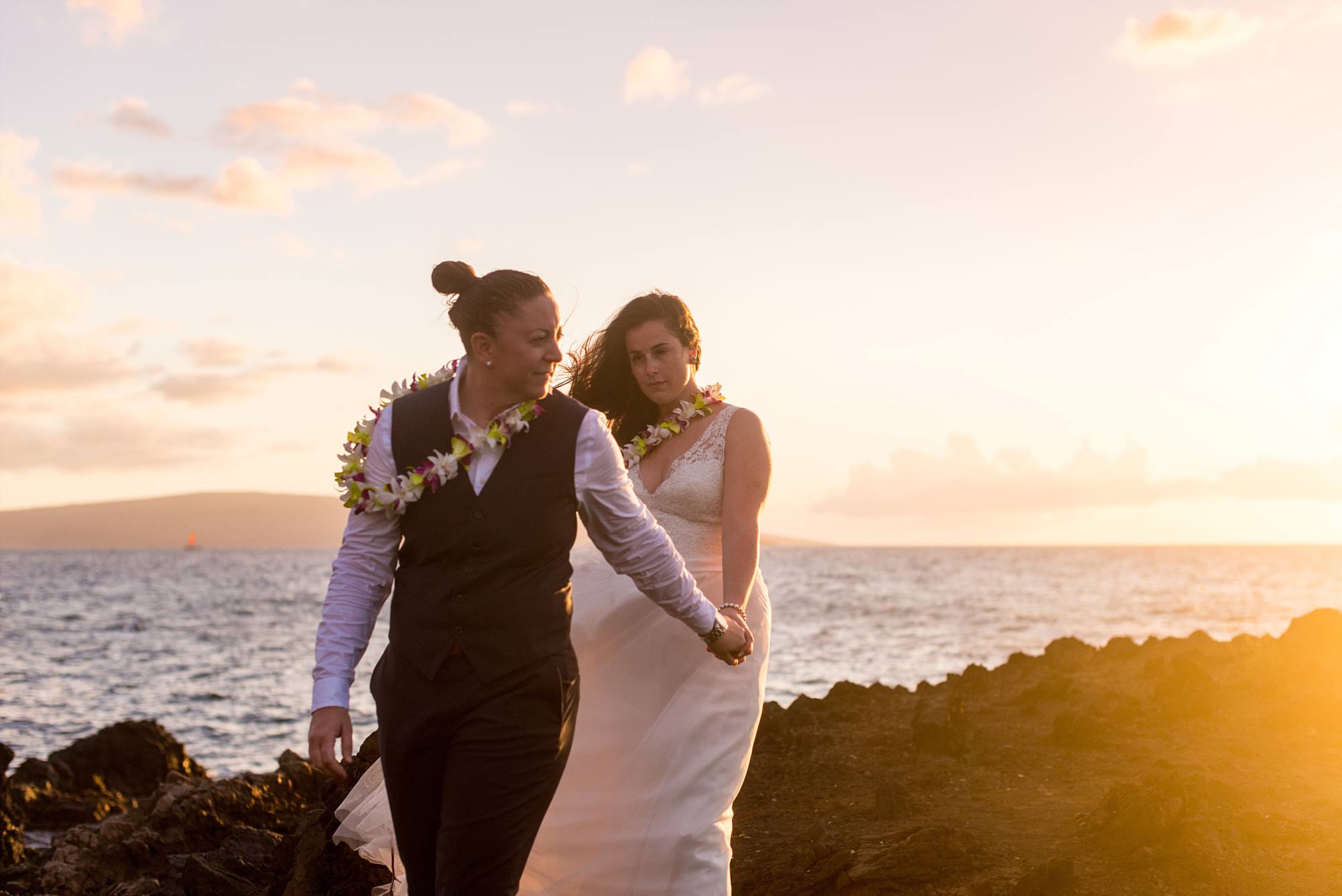 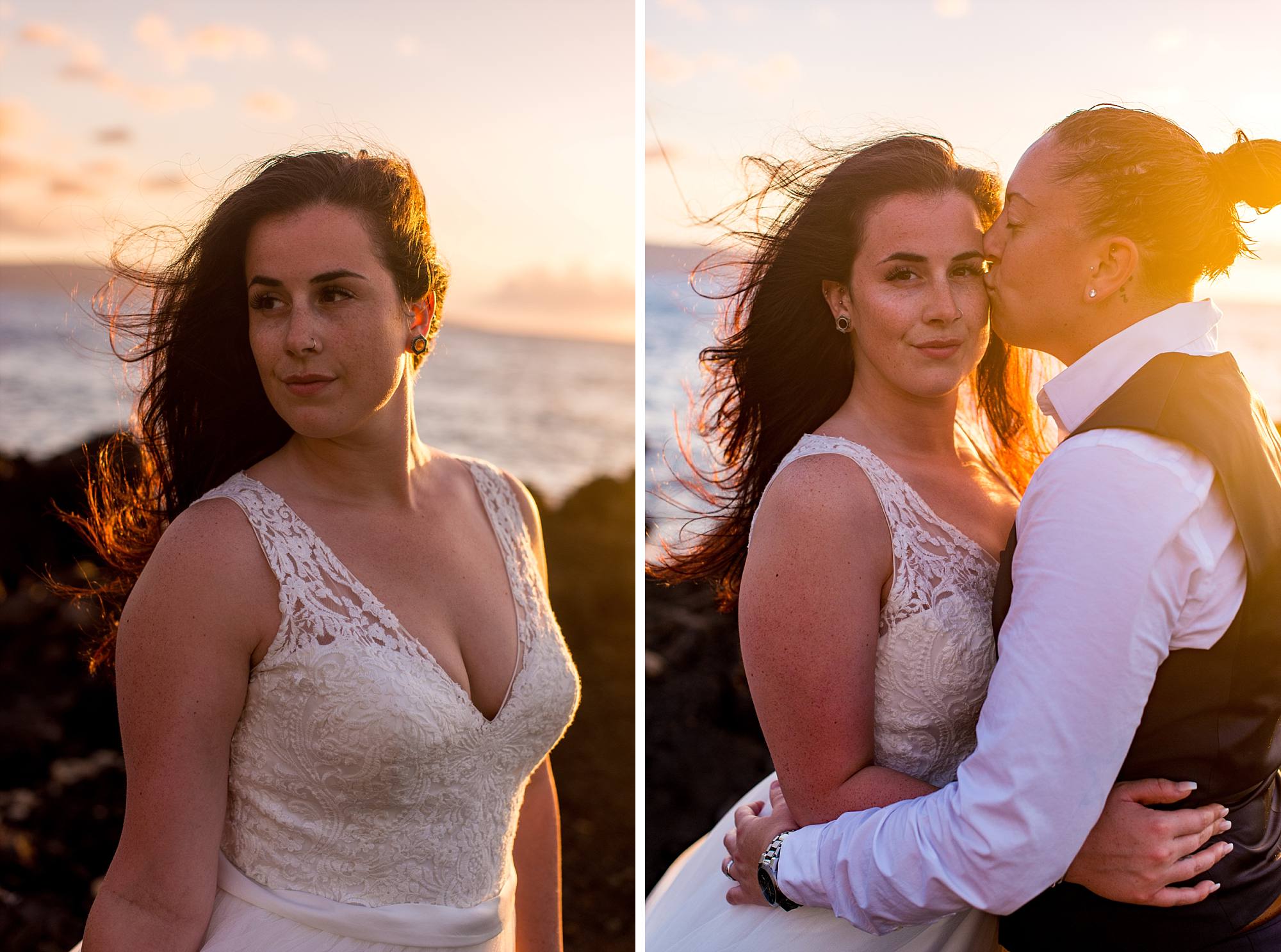 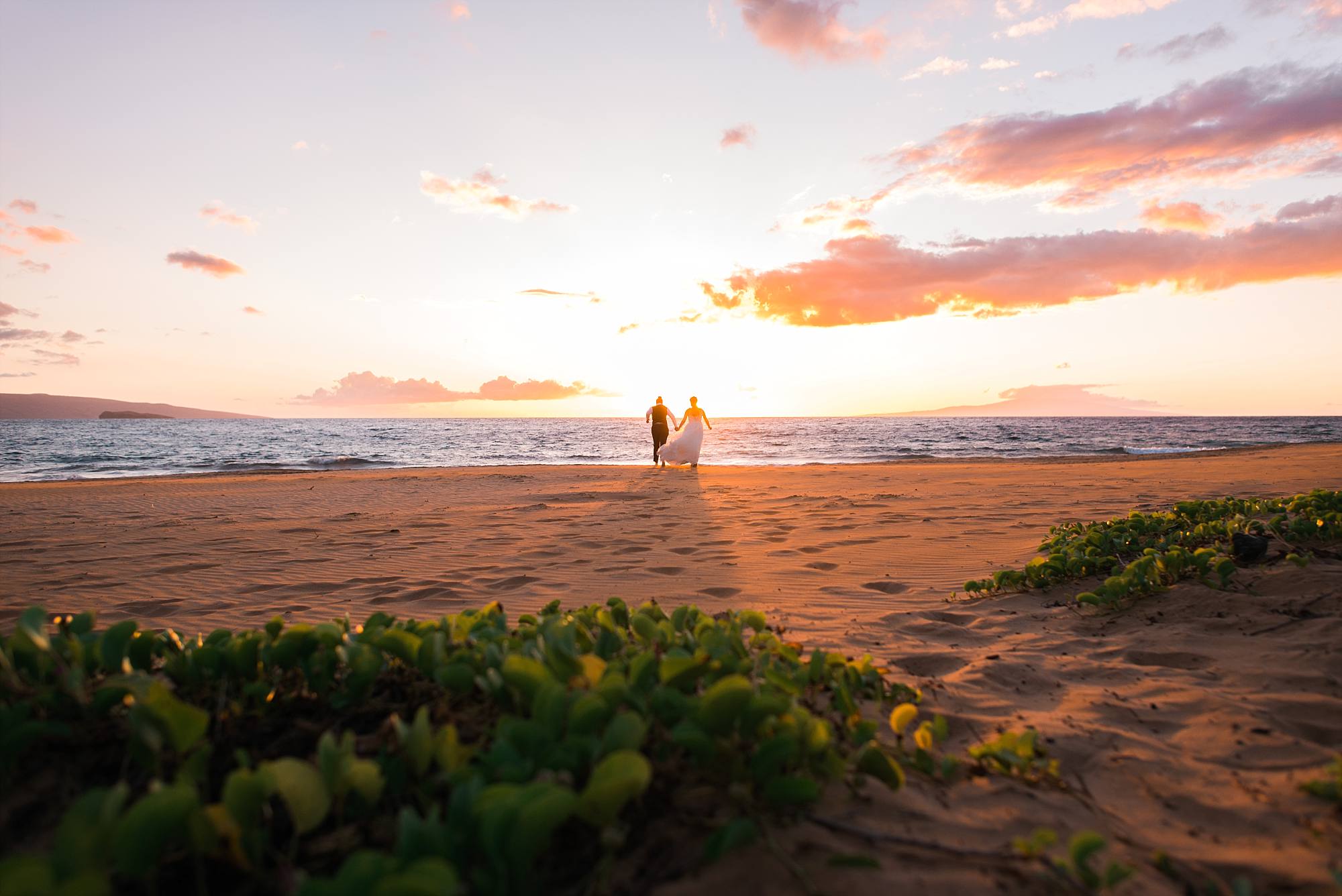 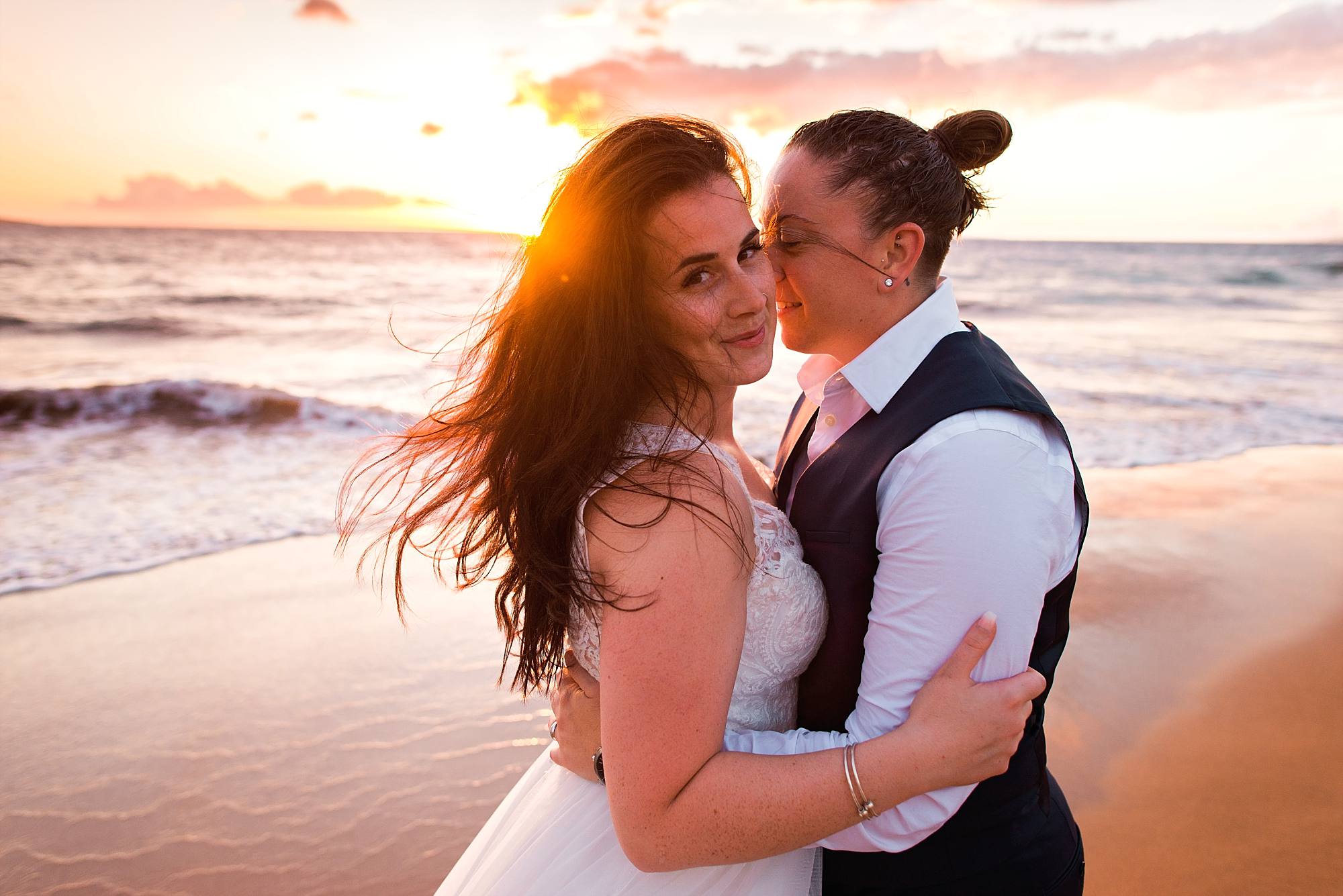 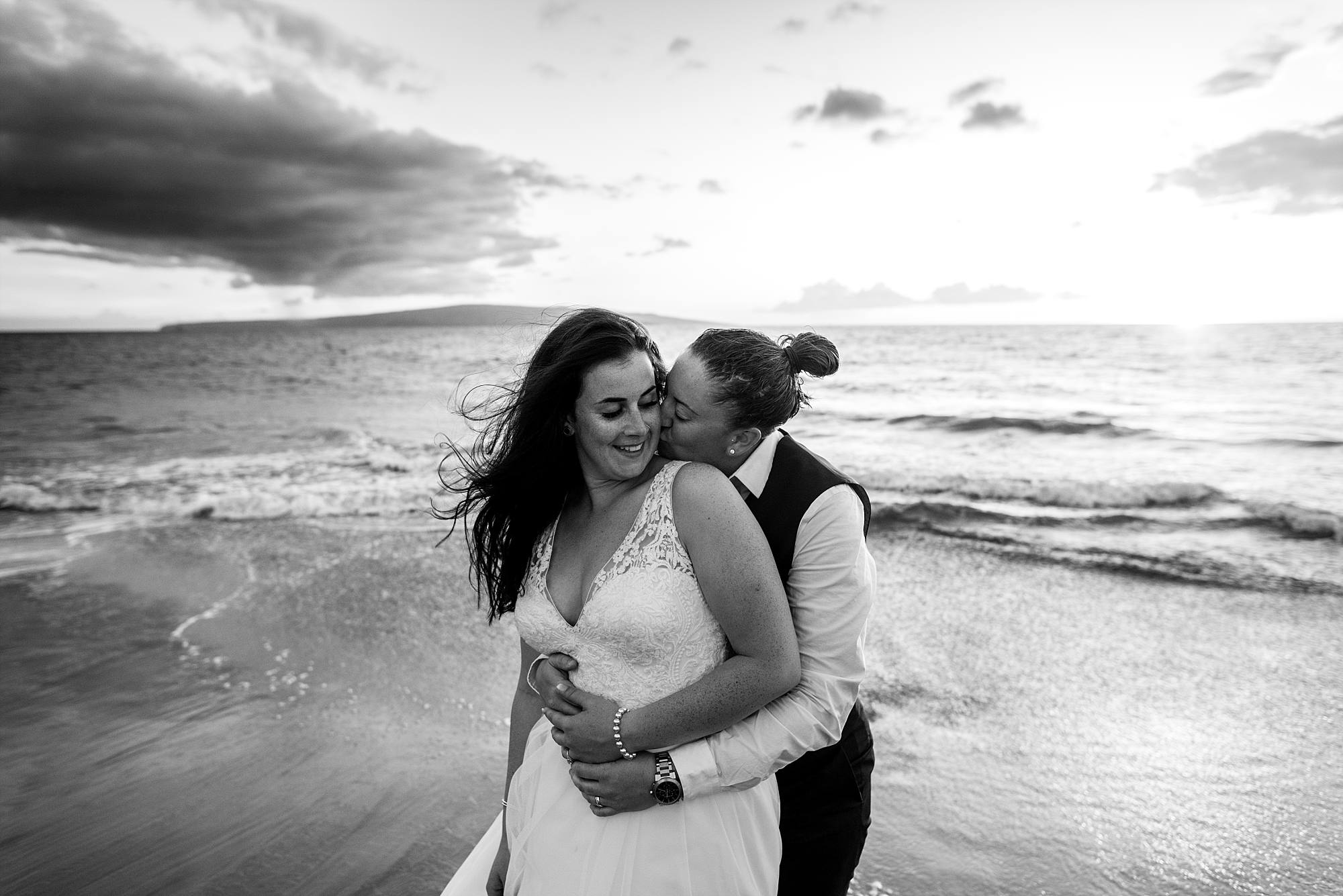 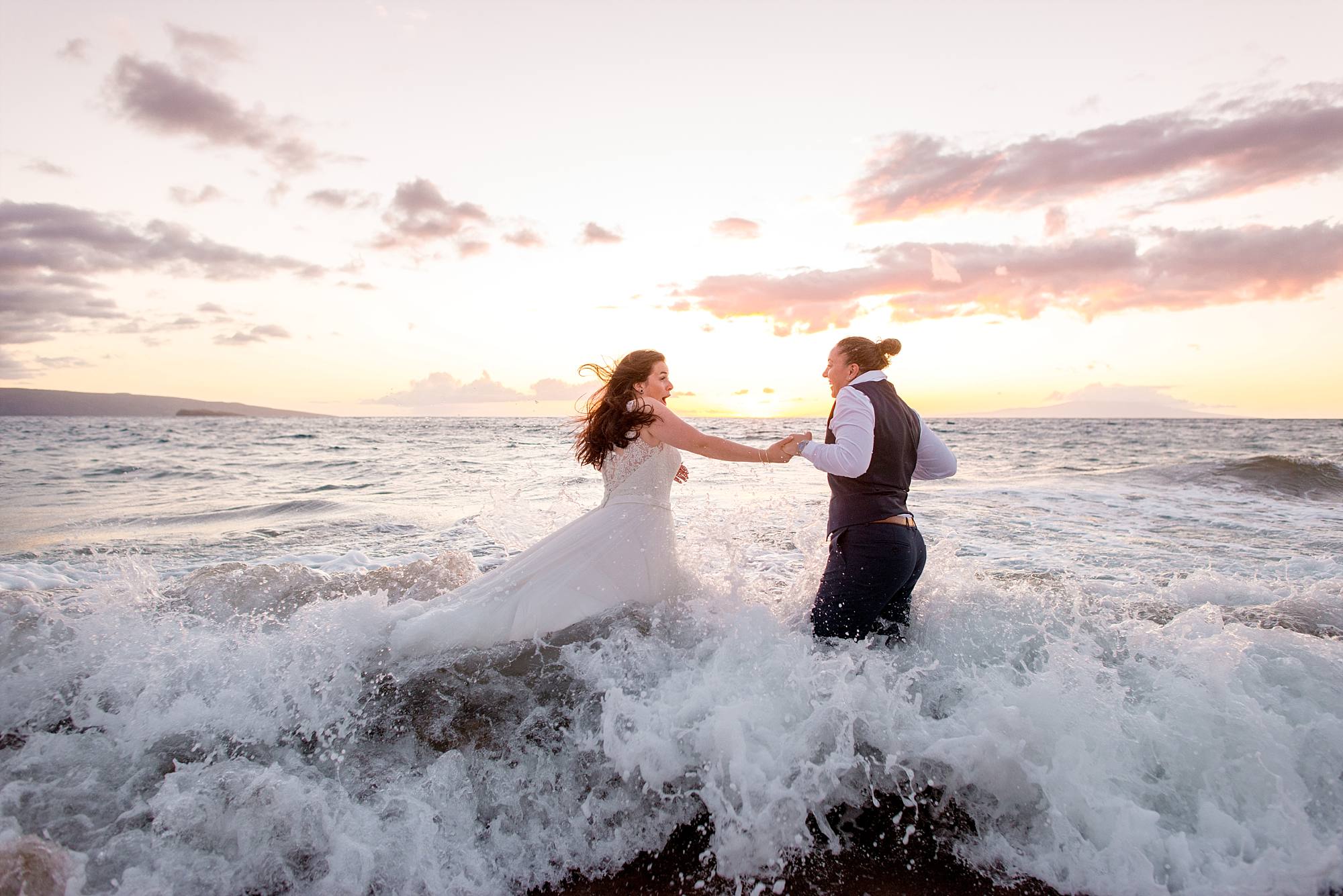 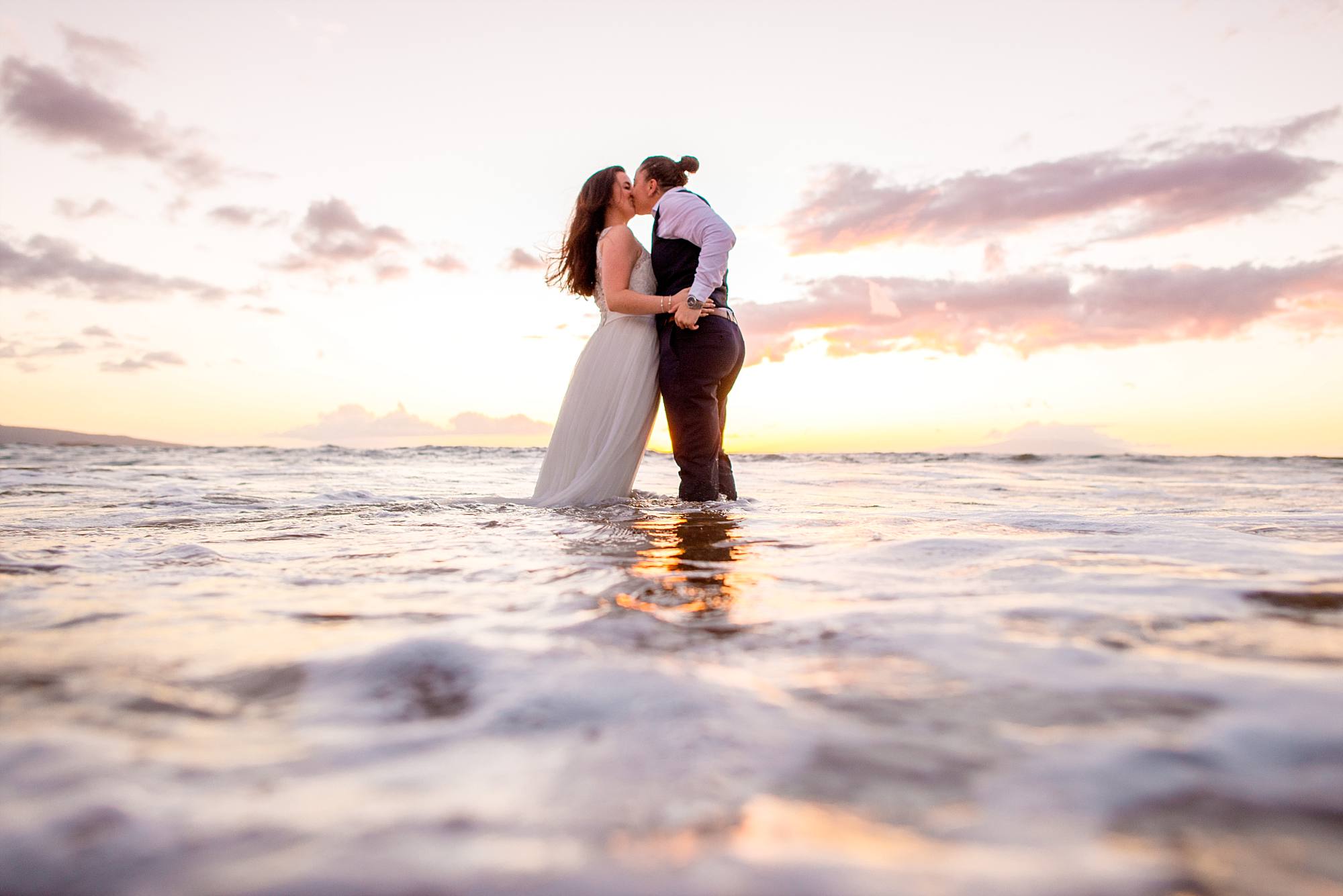 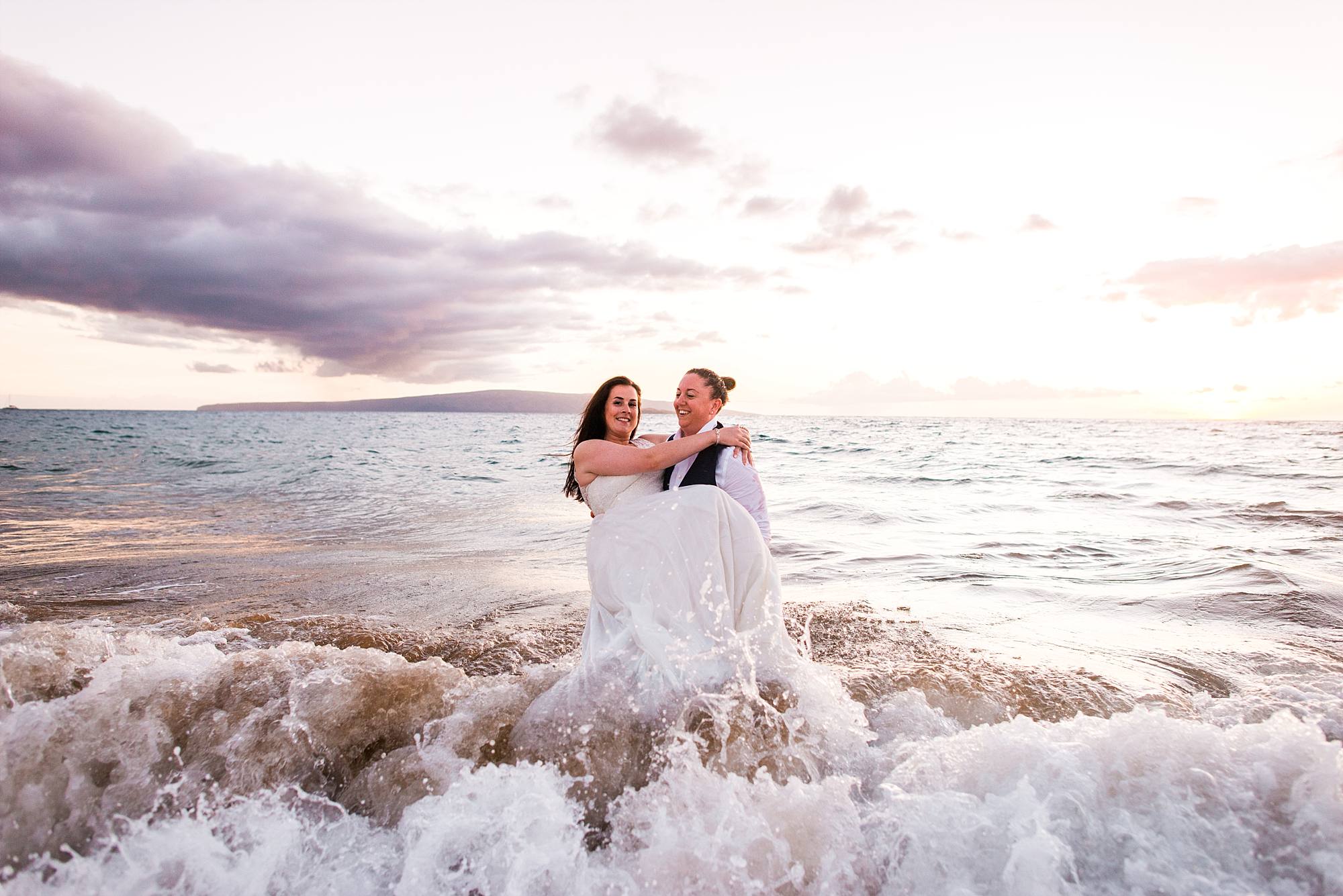 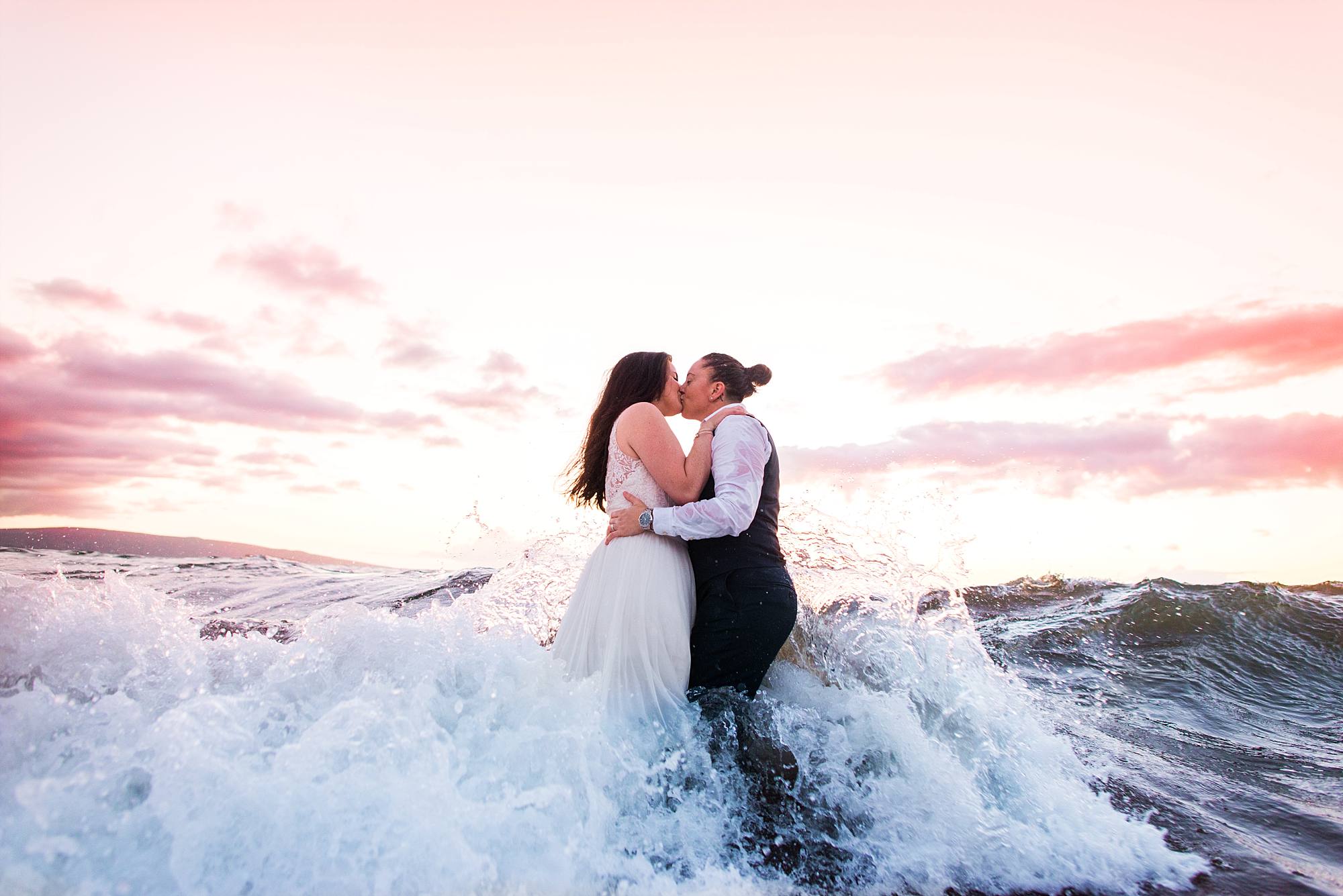 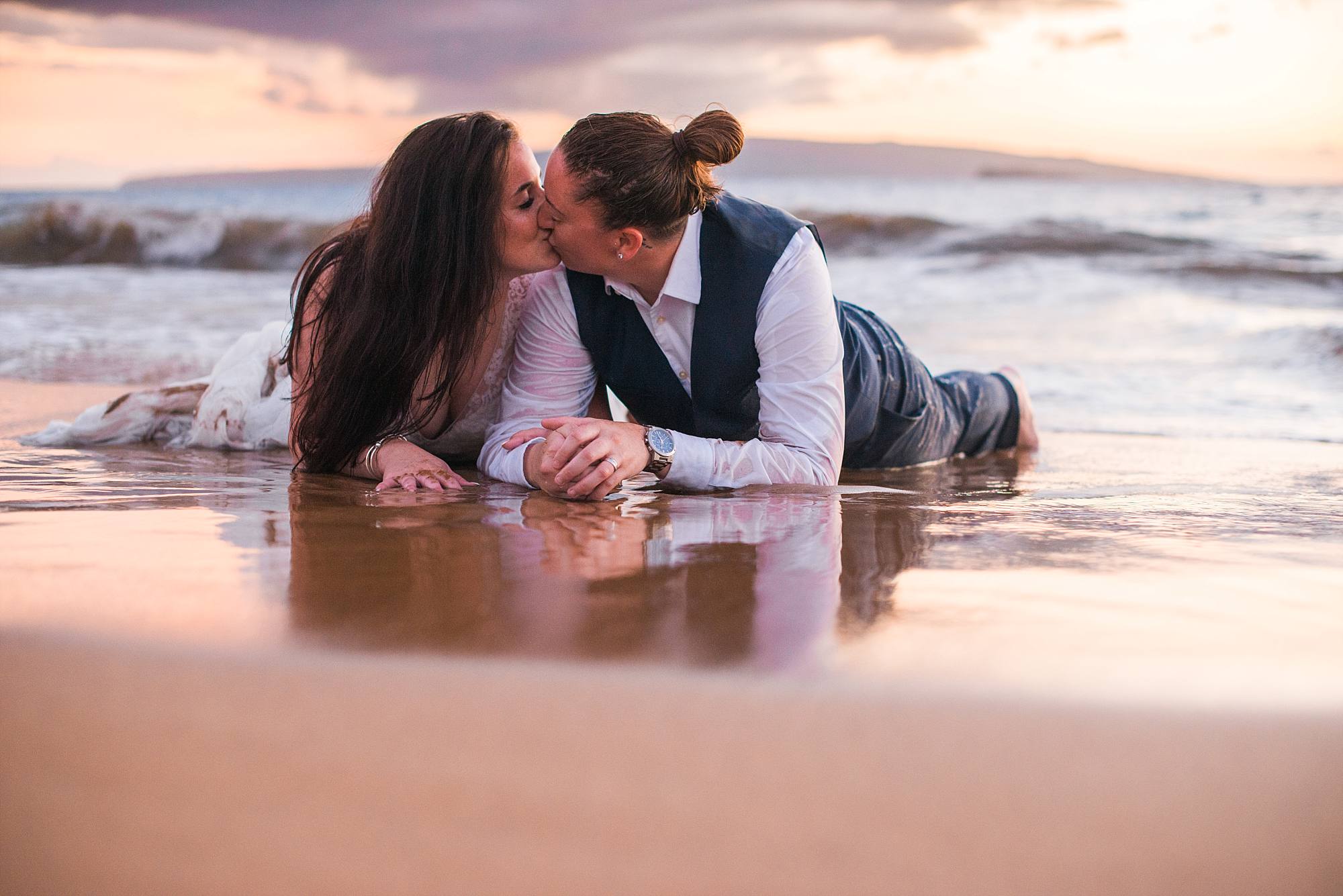 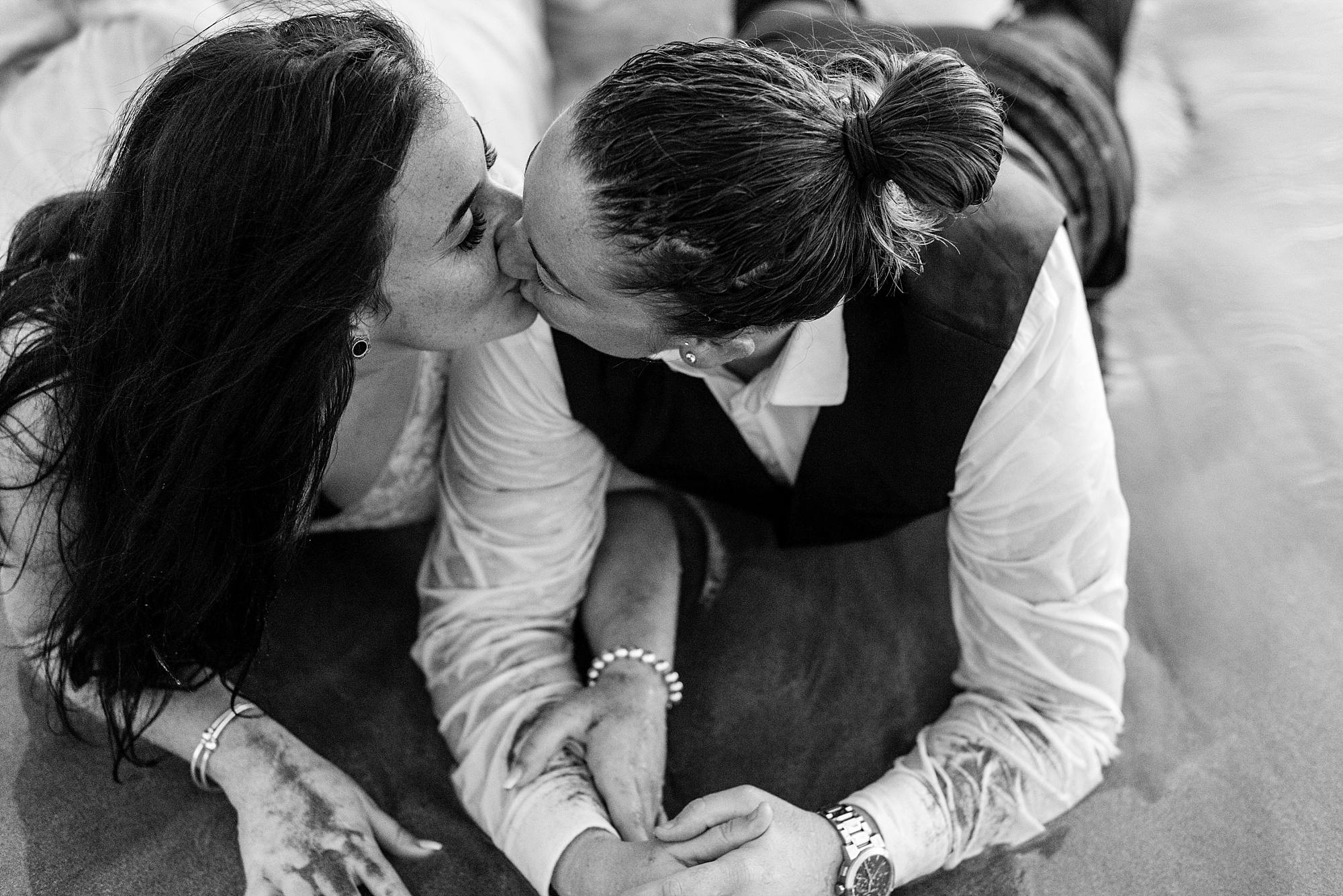 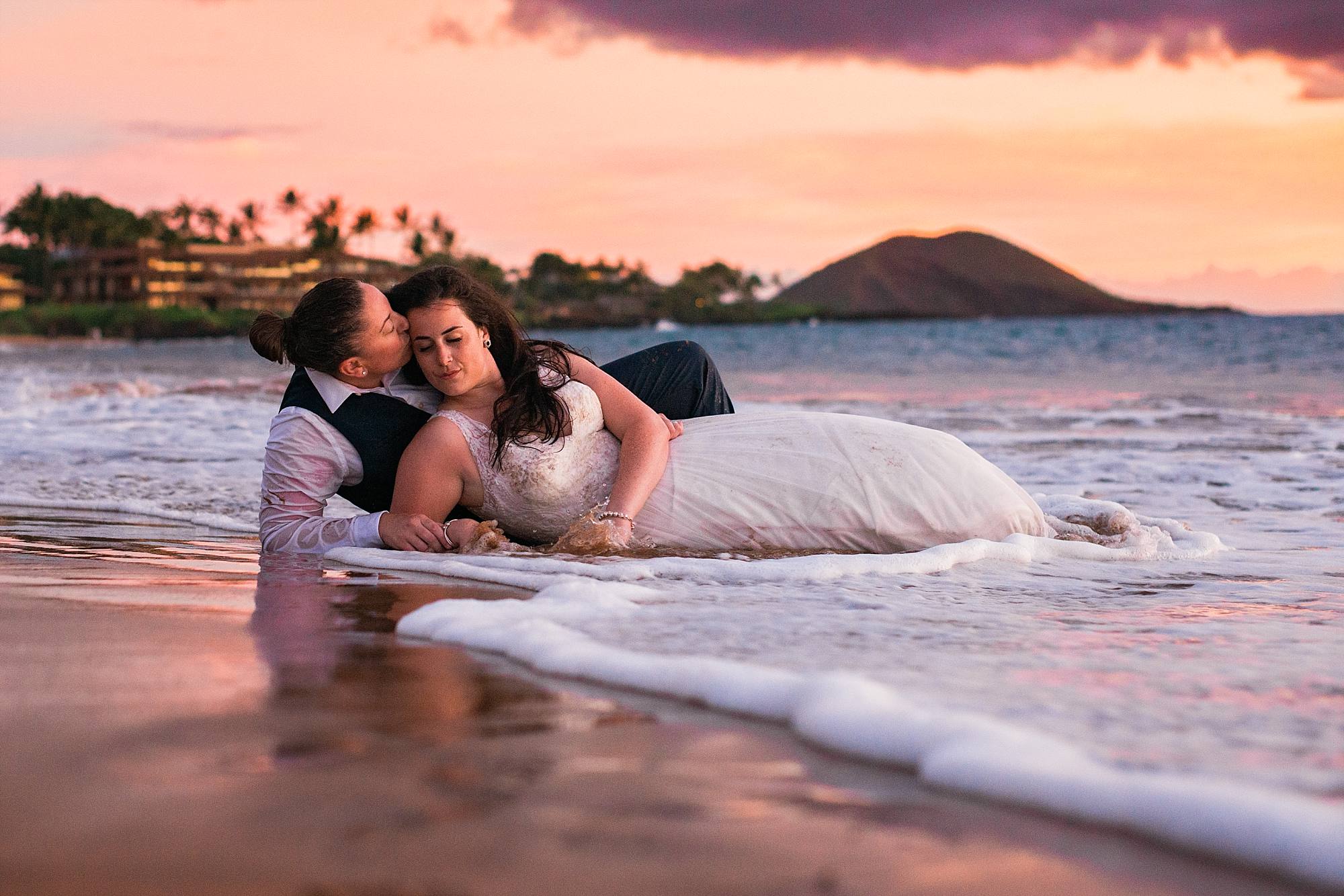 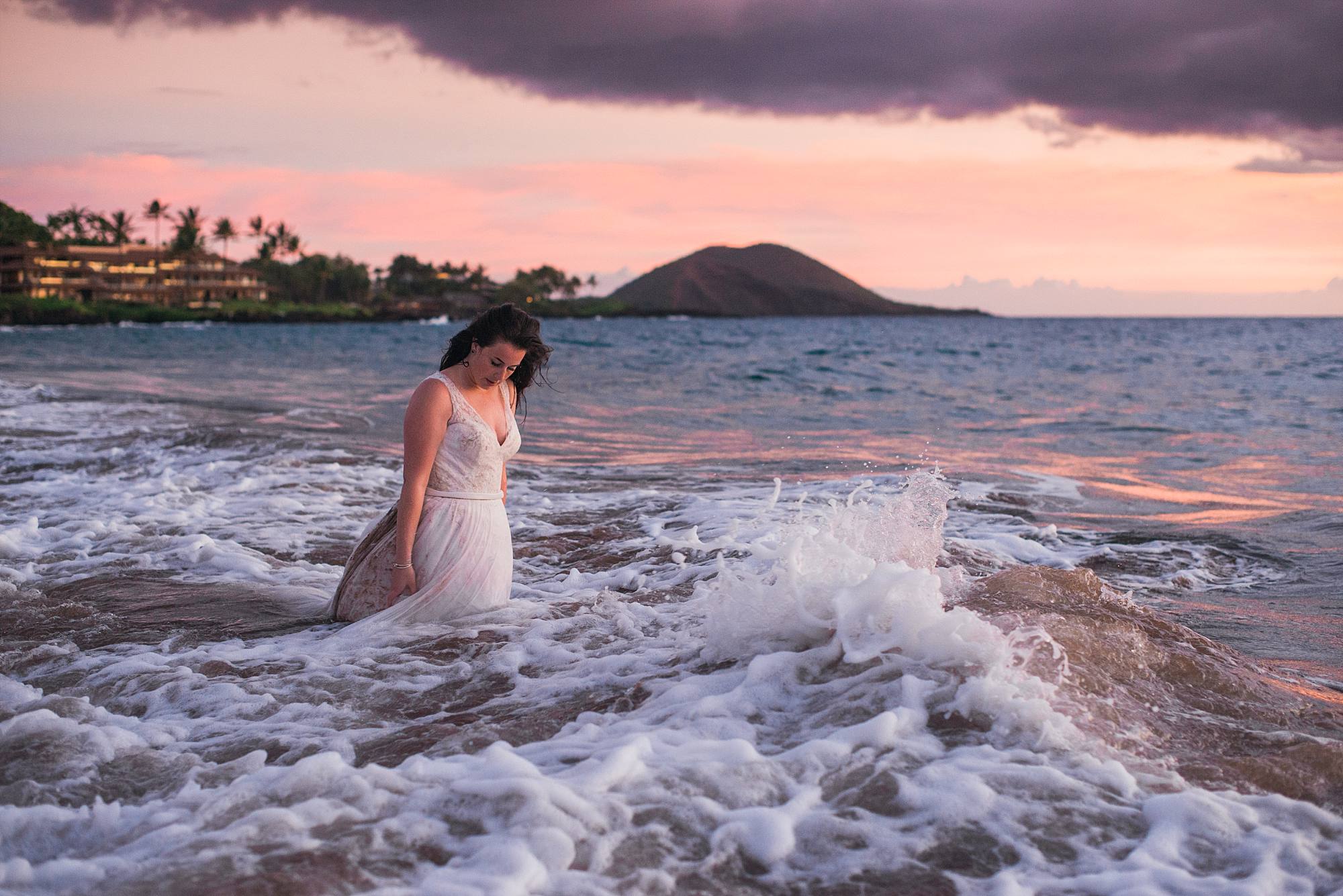 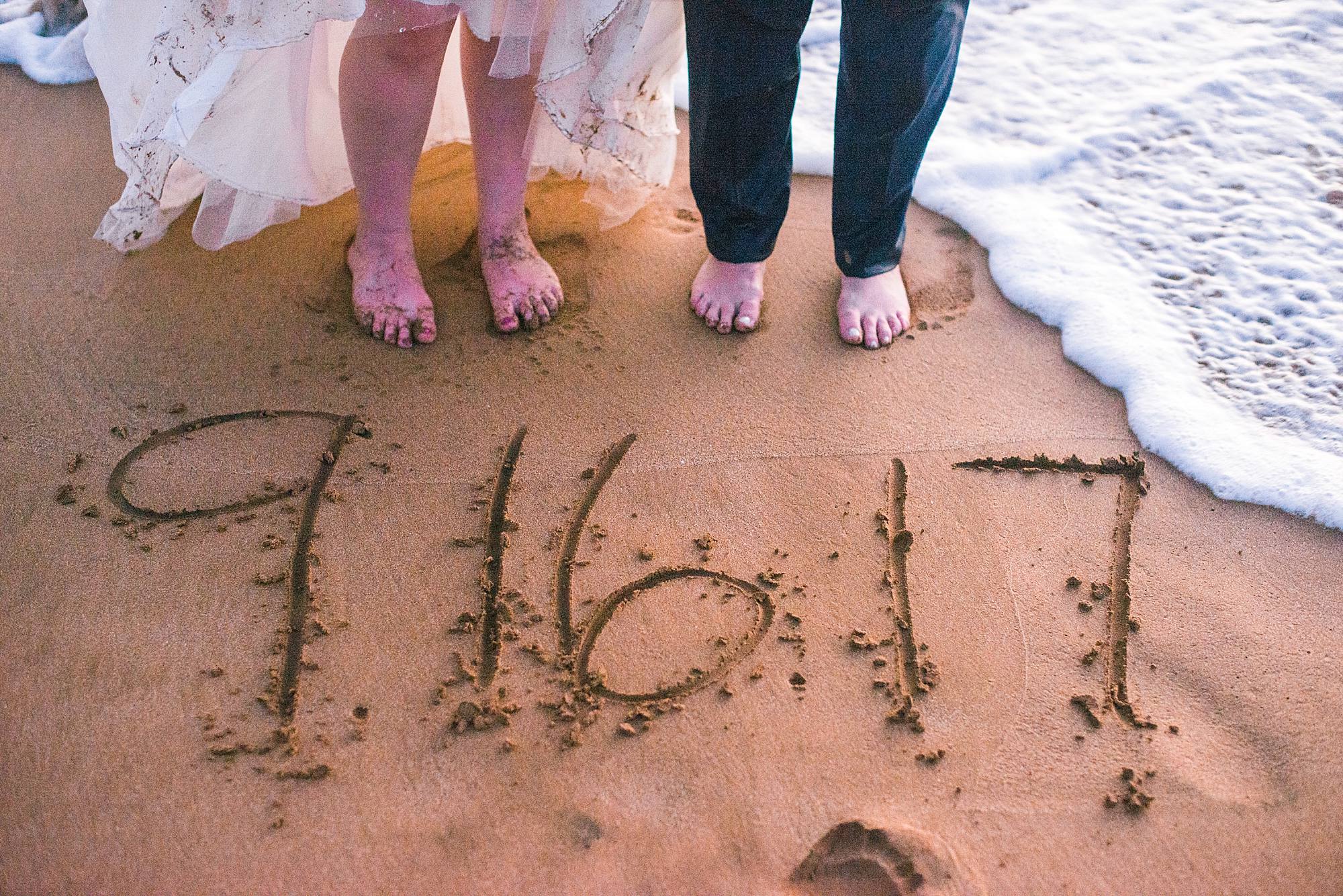 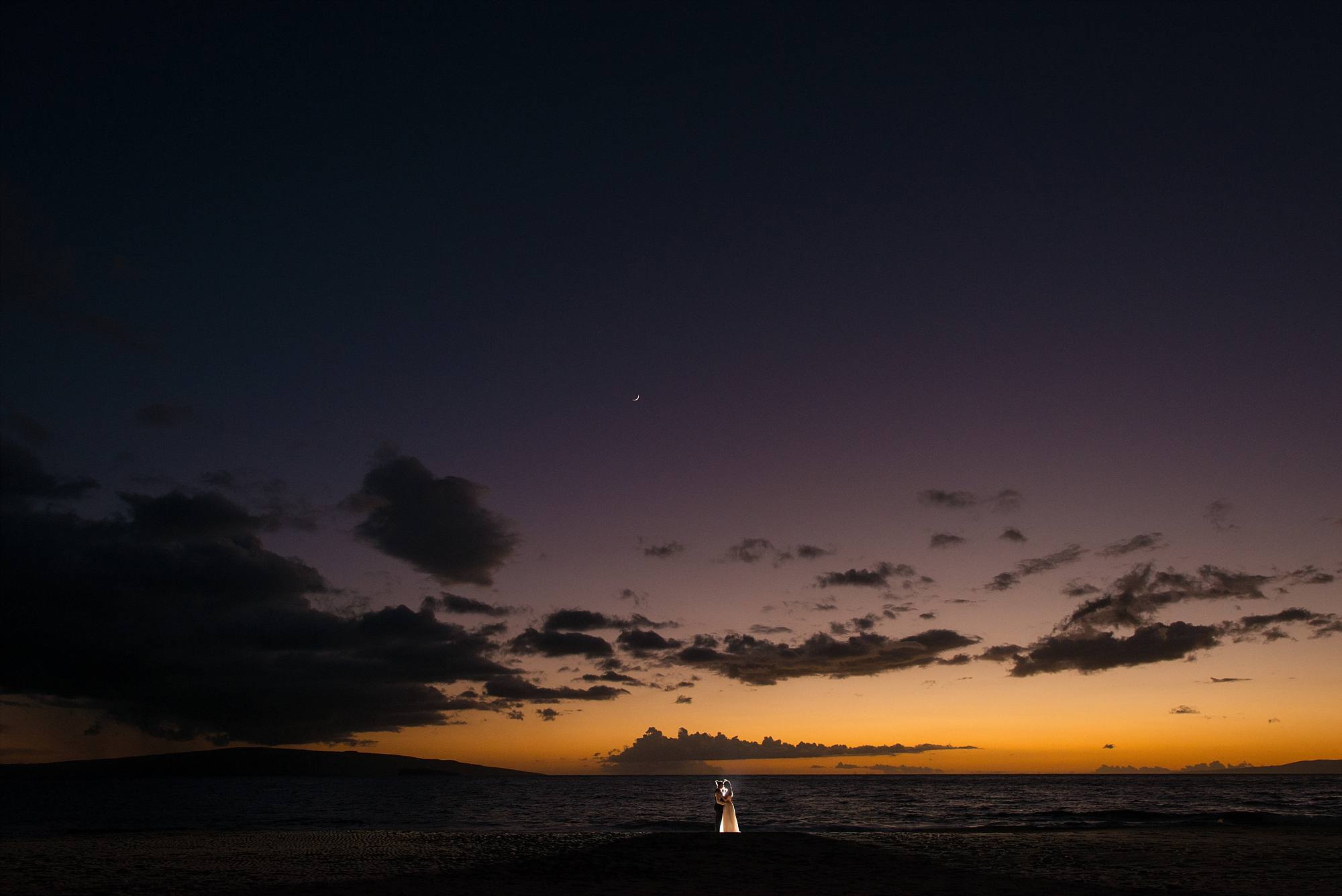 Kayla and Lauren:  Thank you so much for being willing to go on a photo adventure with me for your honeymoon portrait session on Maui.  I would die a happy woman if I could do more photo shoots like this all the time!  Mahalo!

Want to take a photo adventure to find the best light on Maui?