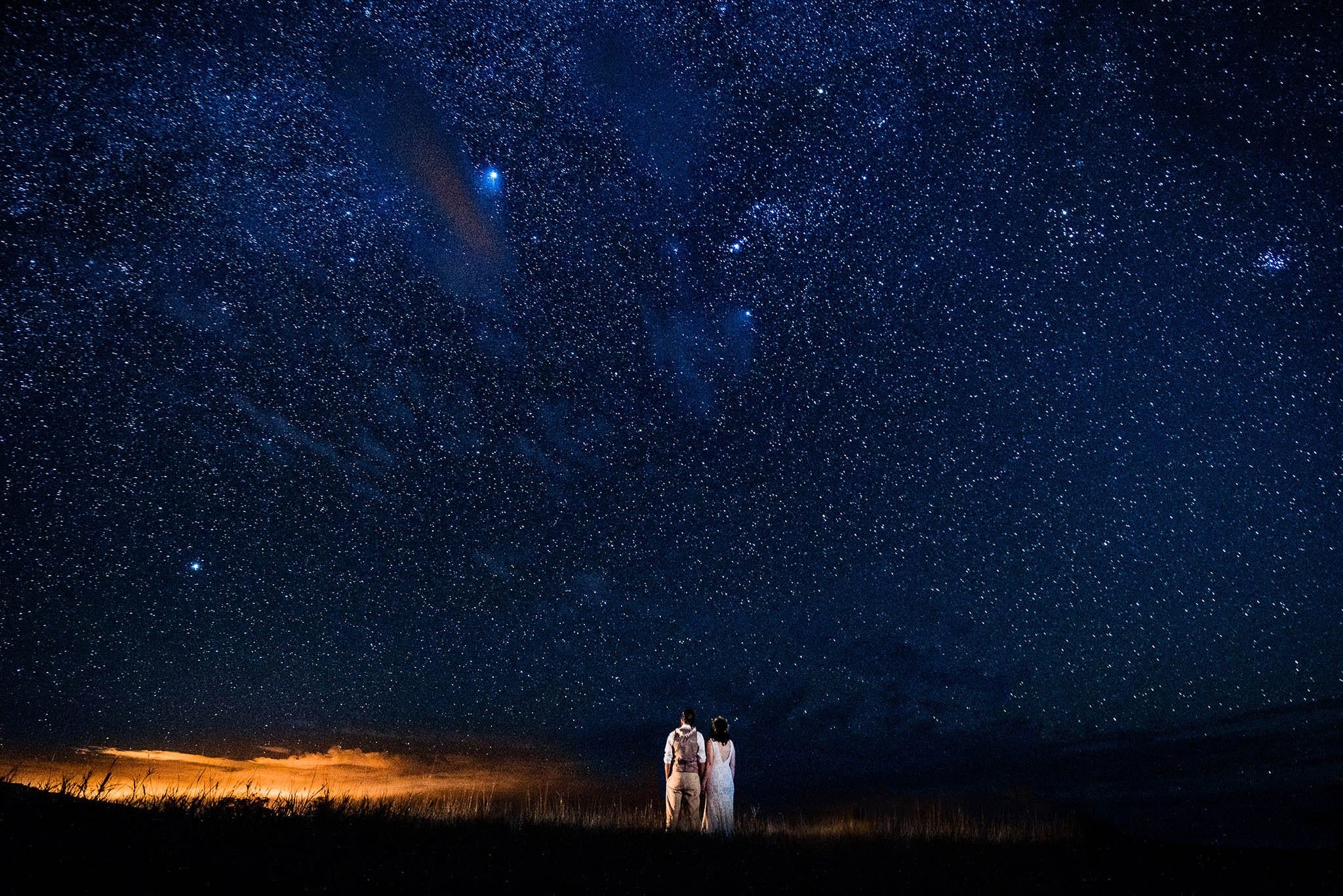 This Kukio Beach elopement on Big Island was everything an elopement should be and so, SO much more. But I feel like you need some background on this wedding and this amazing couple to appreciate it in its entirety!

I met Jake forever ago. It seems like another lifetime – but to be real it was probably 20 years ago. We went to school together in our small town of Dexter, Michigan. A place where the first day of hunting season is a holiday and where the line for the Dairy Queen on opening day floods into the street. It really is an idyllic middle-America town with a river that runs through the outskirts of town and parks galore. Looking back on my childhood, it really was an awesome place to grow up. And since I only graduated with 200 other people, we all knew one another pretty well!

One of my 2018 goals is to photograph a wedding on each island so not only did this check off my bucket list, but to do it for a friend made it SO much better. Right away Naomi and I started exchanging emails and we figured out the place, the time, and all the details.

Getting to Big Island was insane. I was set to leave Thursday night for a Friday evening wedding. The whole thing was a shit show, to be completely honest, so I won’t bore you with all the details. Here are the cliff notes:

I also had my nine-month-old daughter with me as my husband was meeting me over there (he flew direct from O’ahu). So he got to have a guy’s night in by himself in our hotel room while I went home and unpacked with my nine-month-old in tow. Note to travelers: be sure that you’re on a JET during inter-island travel and NOT a prop plane.

I made it just in time…

But I made it with 2 hours to spare. It took me 19 hours to get to Big Island, but I would do it all over again to have been a part of their day. The storms from the day before gave us the coolest sky I have seen in a long time. The light was muted and the colors just popped.

I asked Jake and Naomi prior to their wedding day if they’d be willing to entertain a star shot for me. They were getting married on a New Moon and I knew that the stars would be out and I’ve always wanted to get a wide shot with the stars! Thankfully, they were willing and after dinner, around 10 PM, we drove out to Hawaii Kai, pulled off to the side of the road, and took in the brightest, the clearest sky I’ve ever seen. 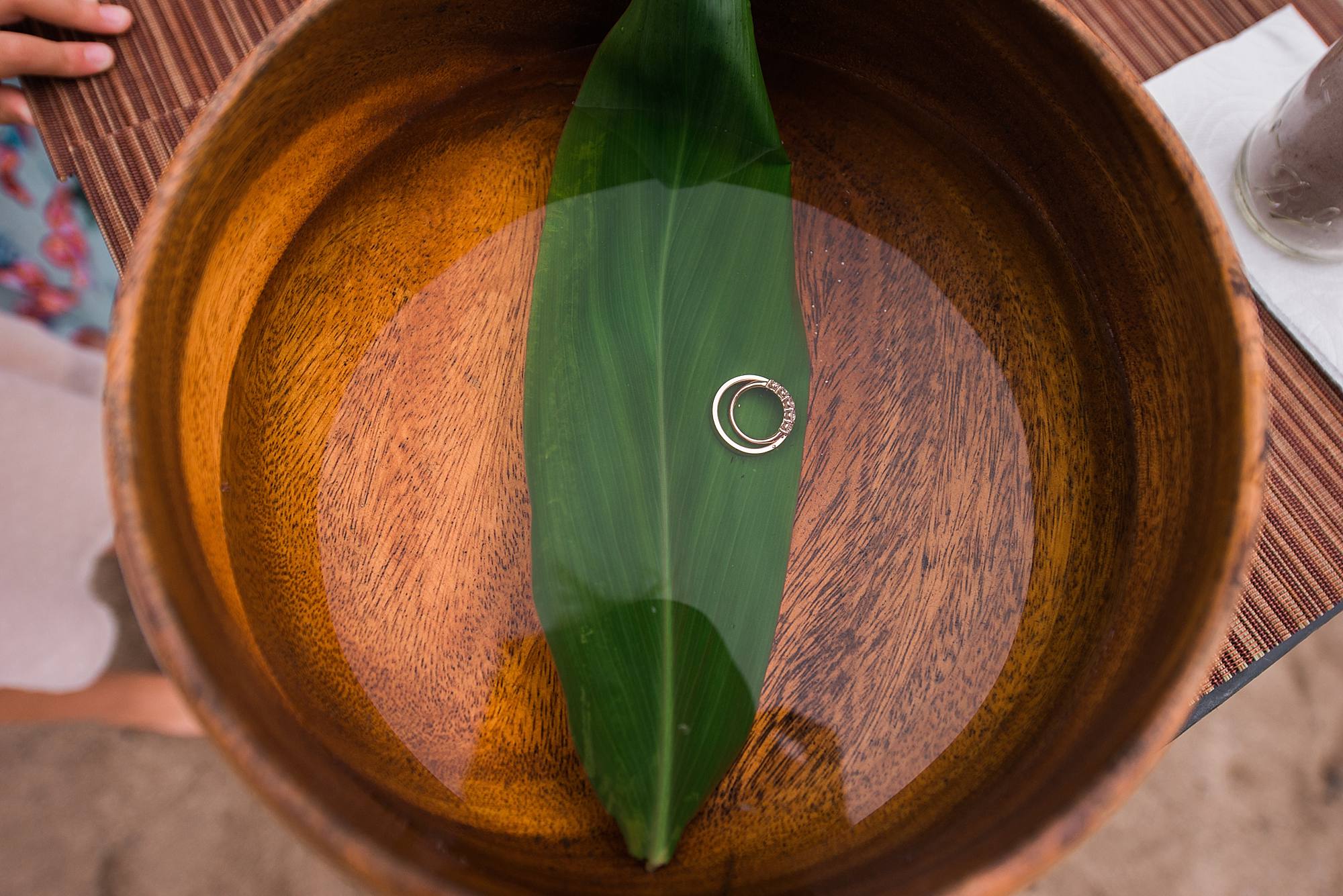 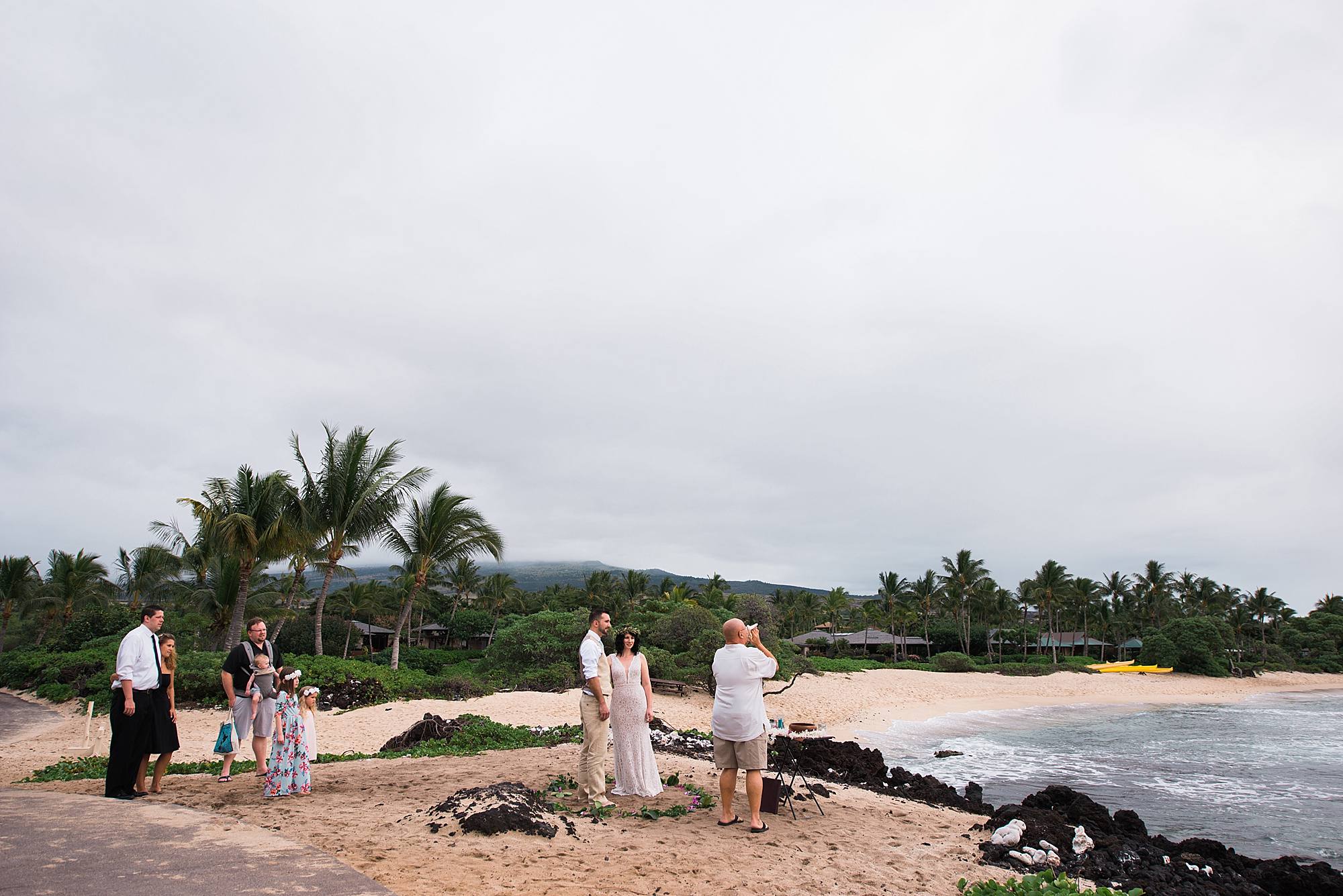 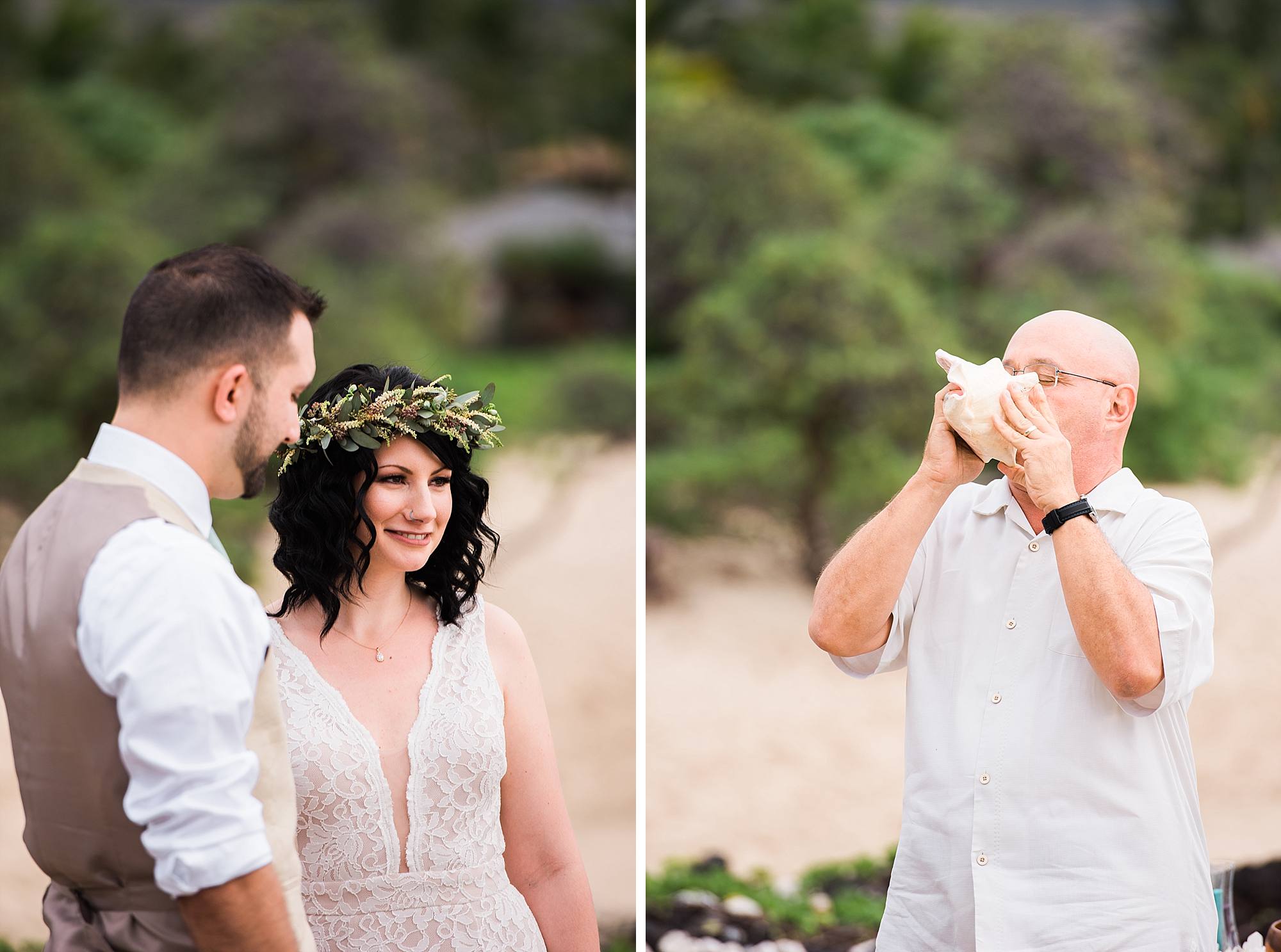 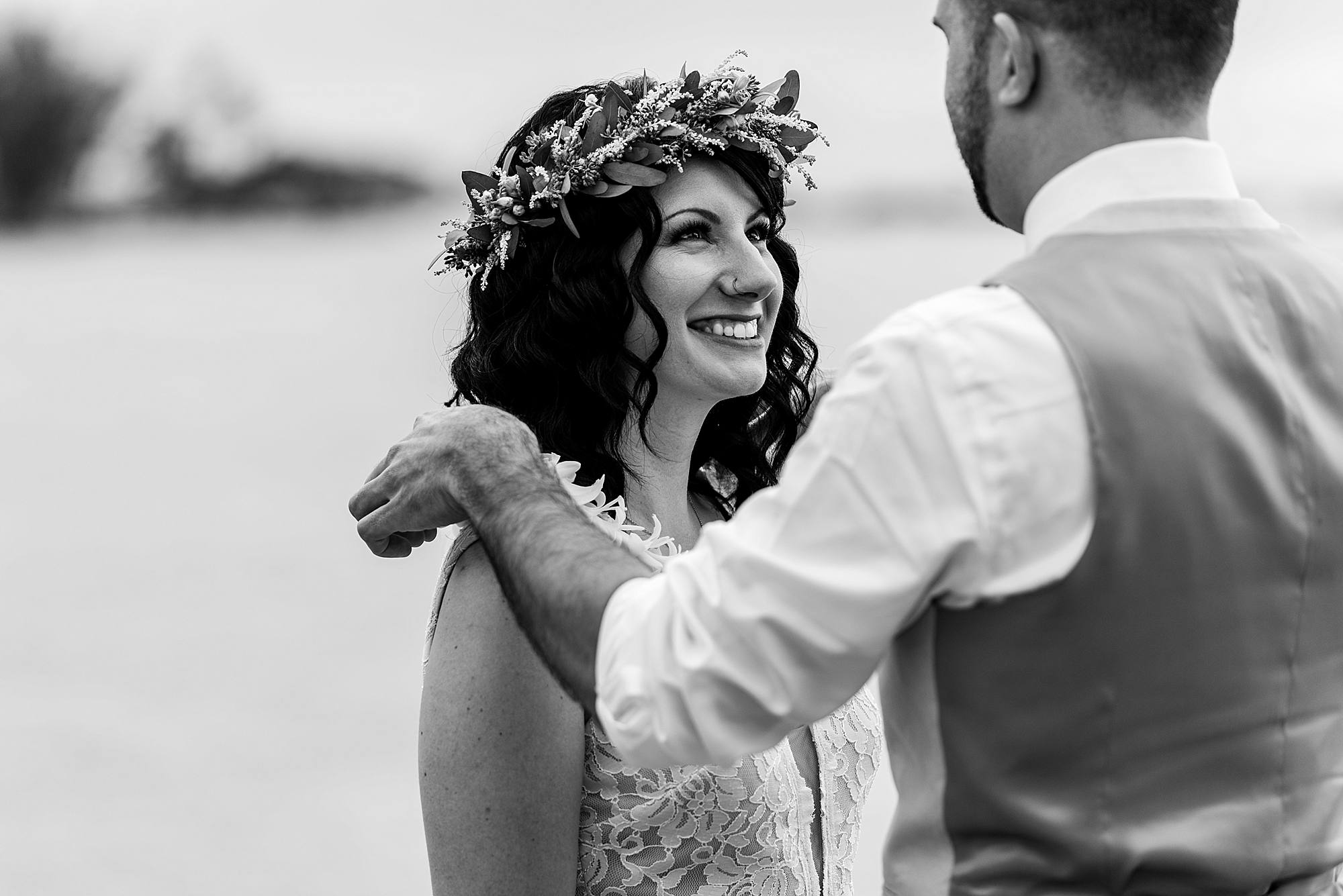 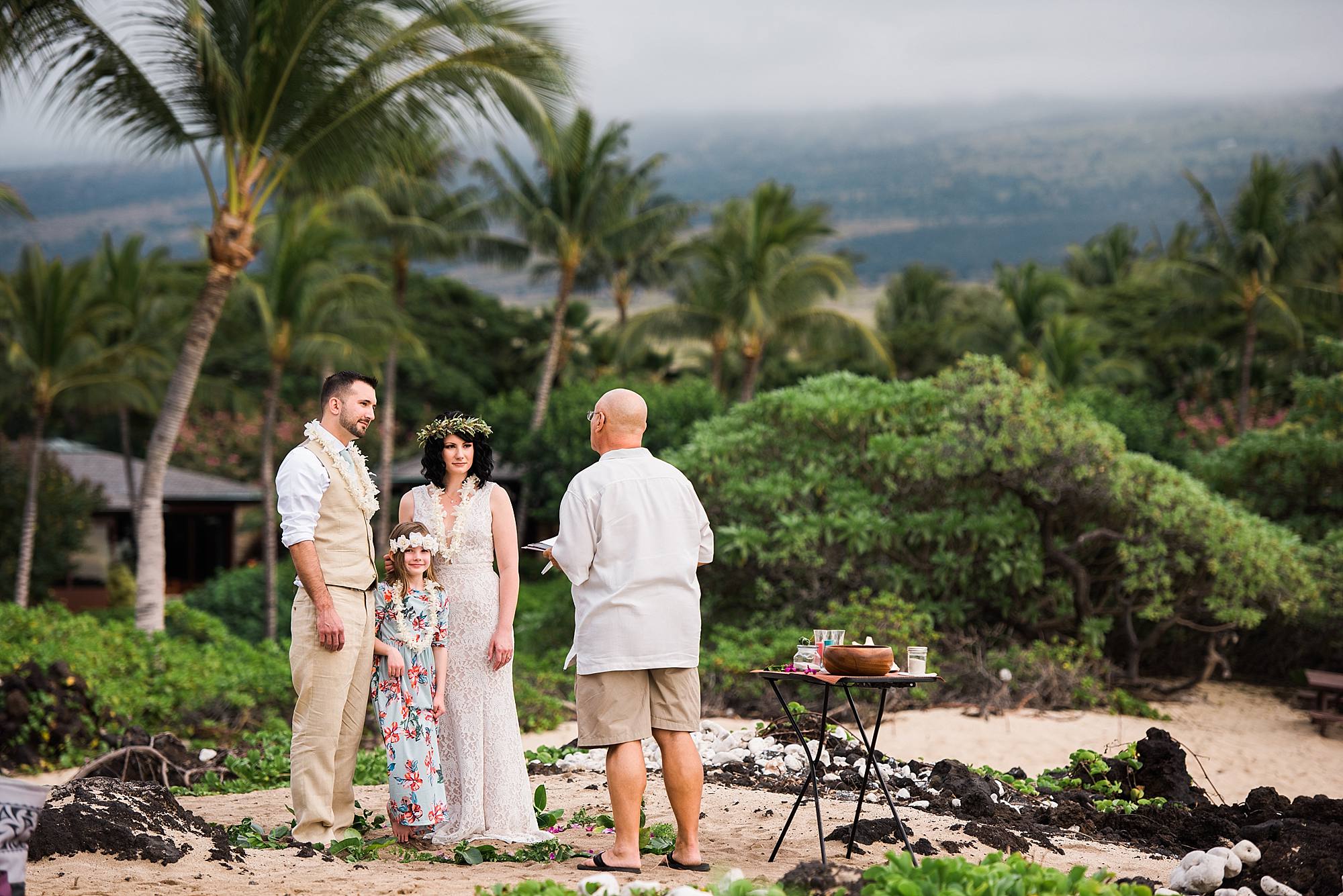 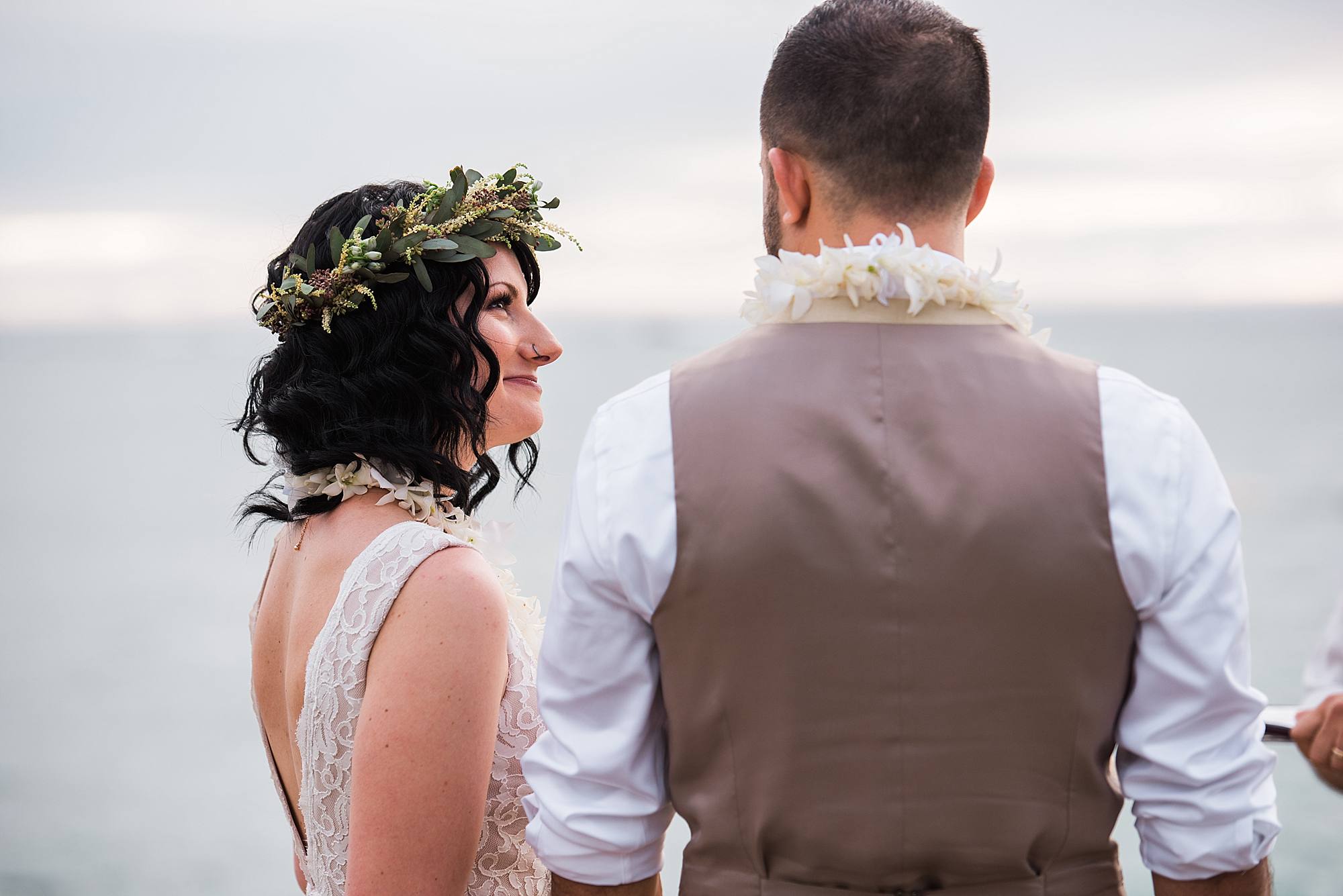 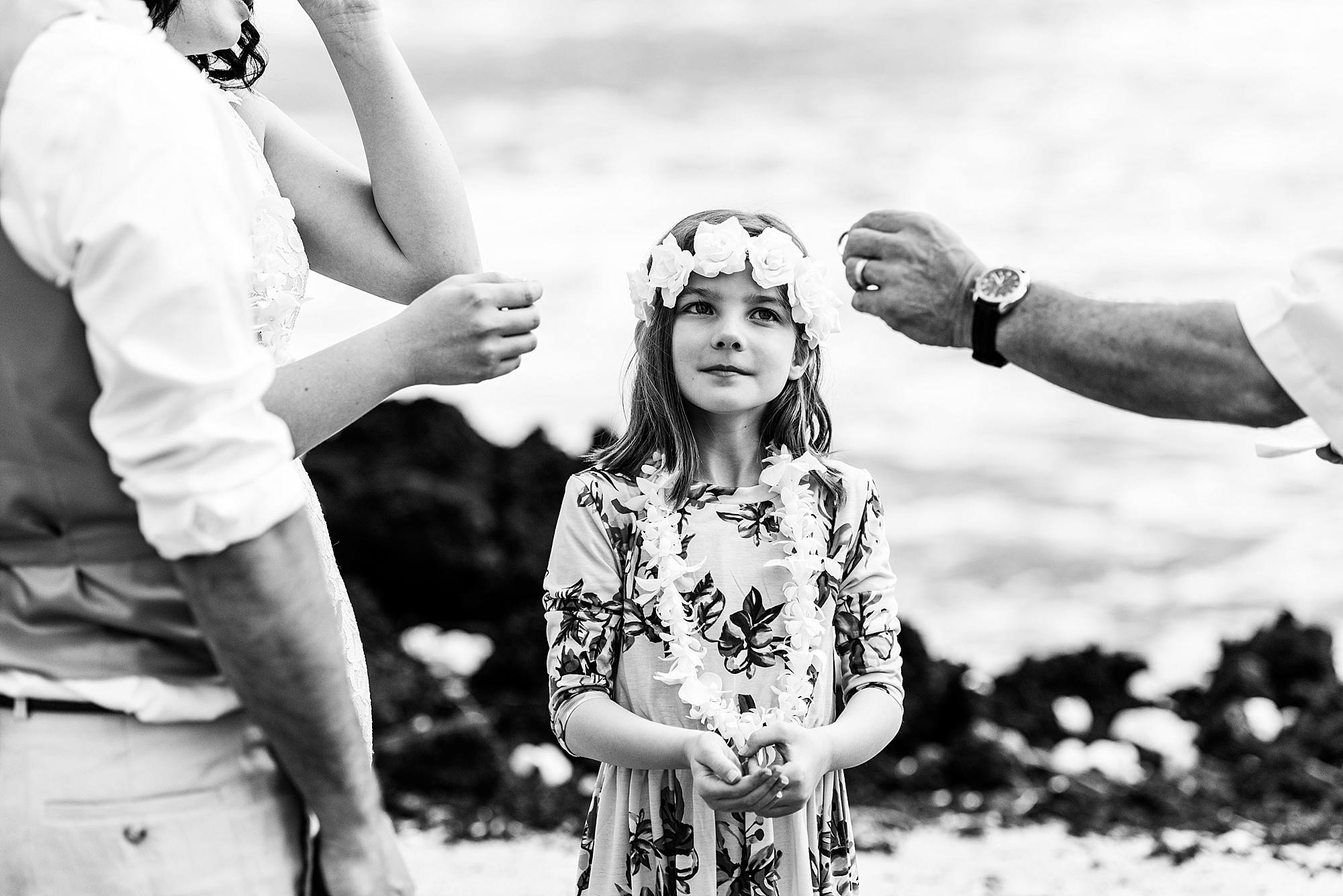 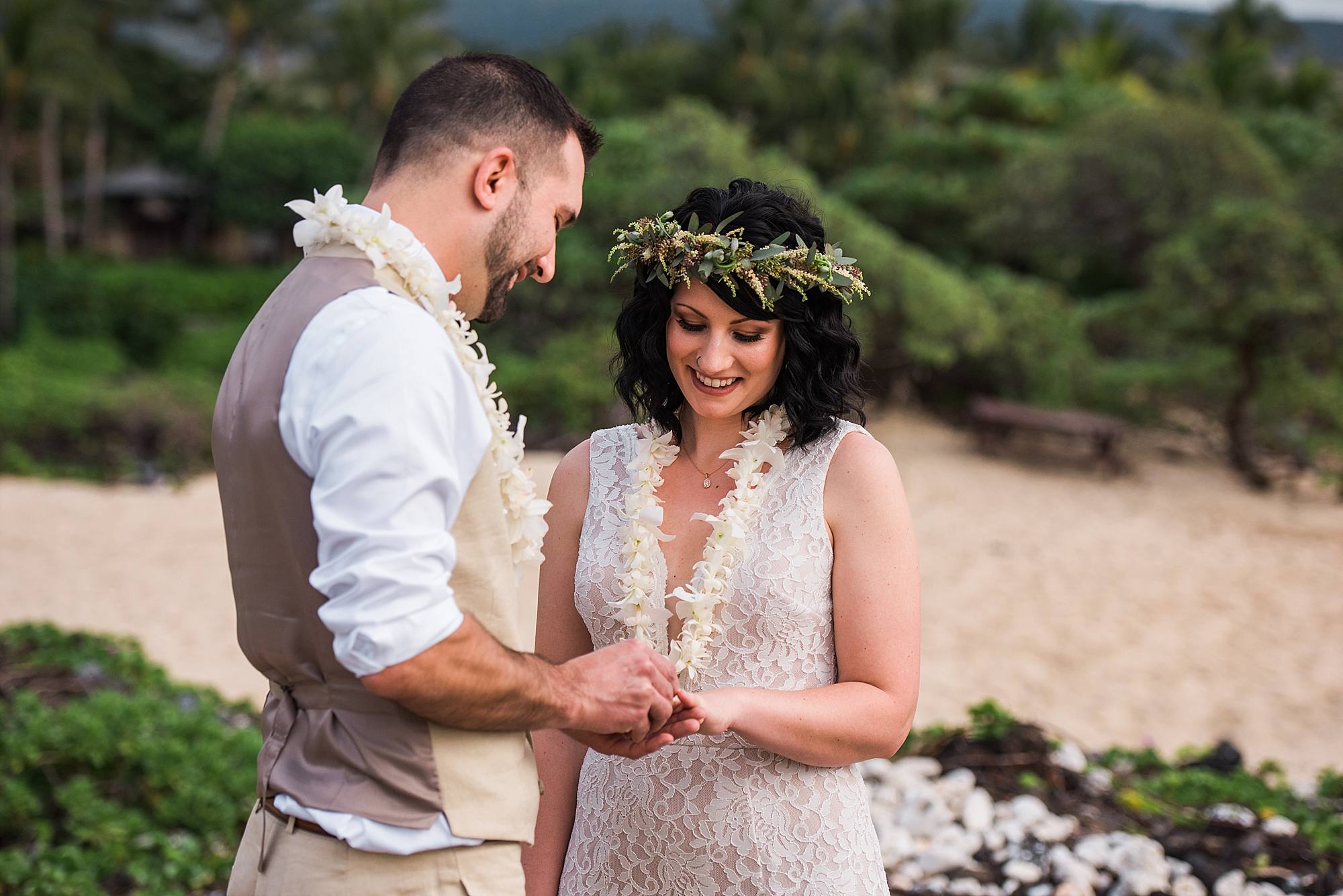 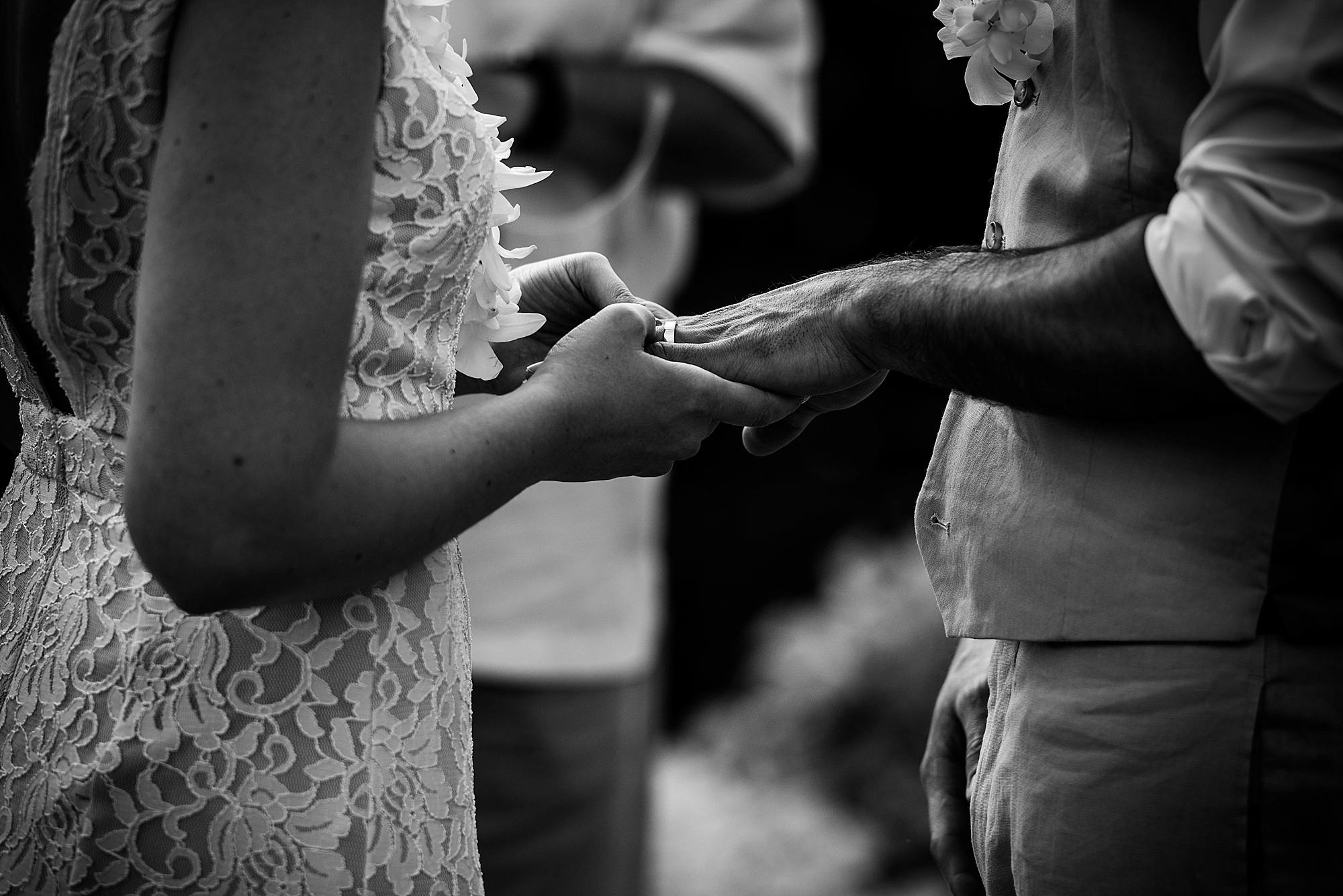 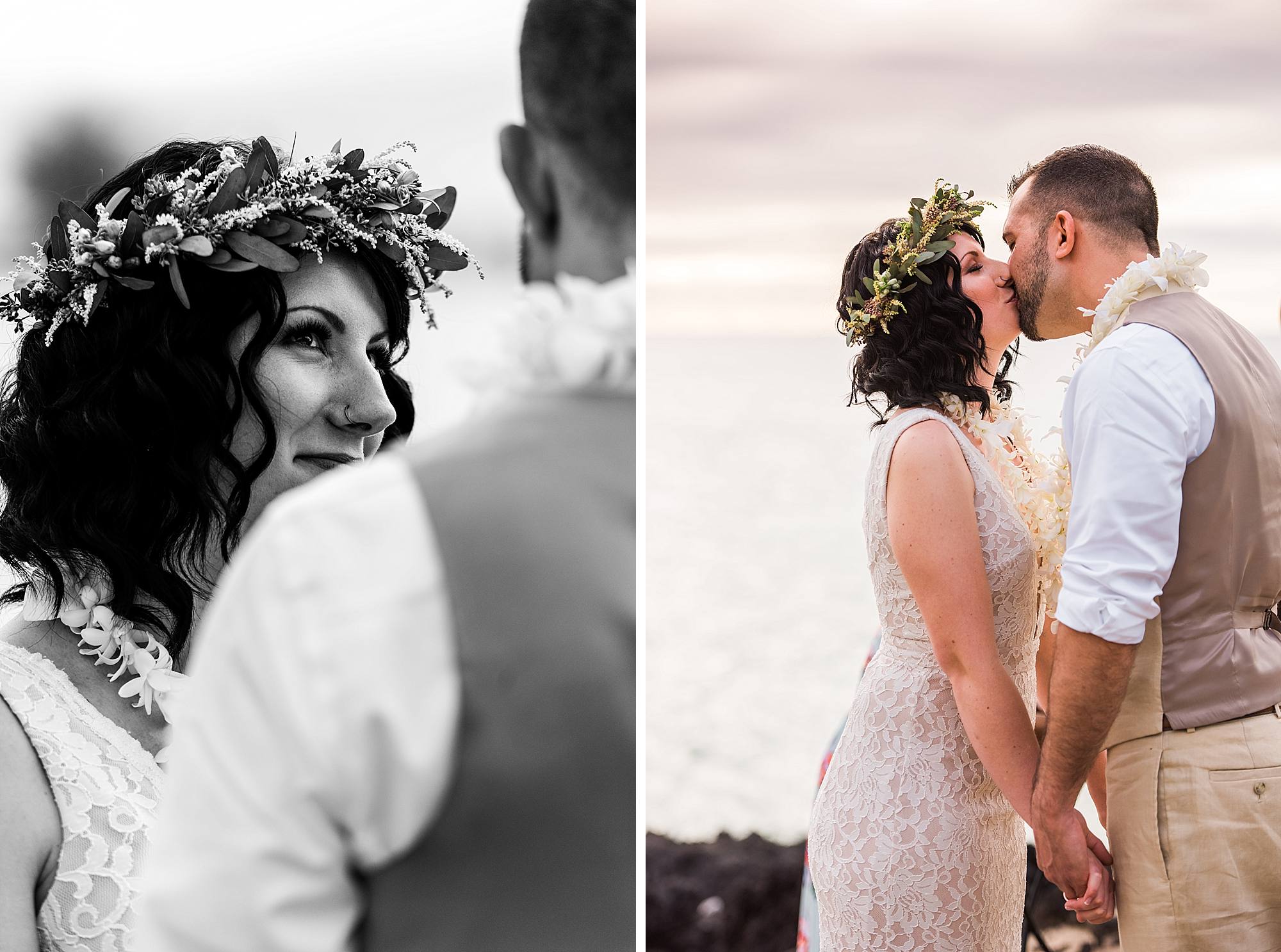 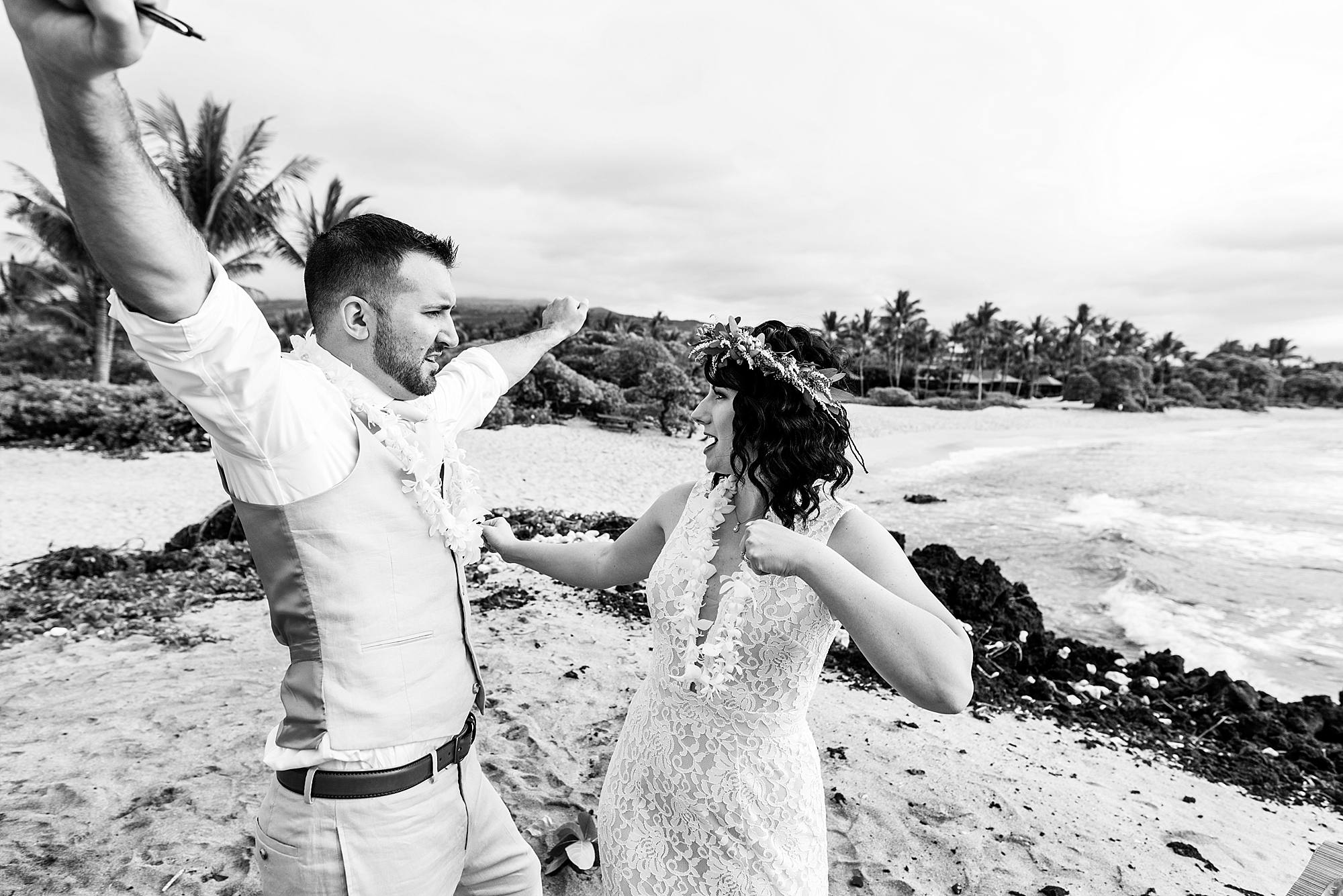 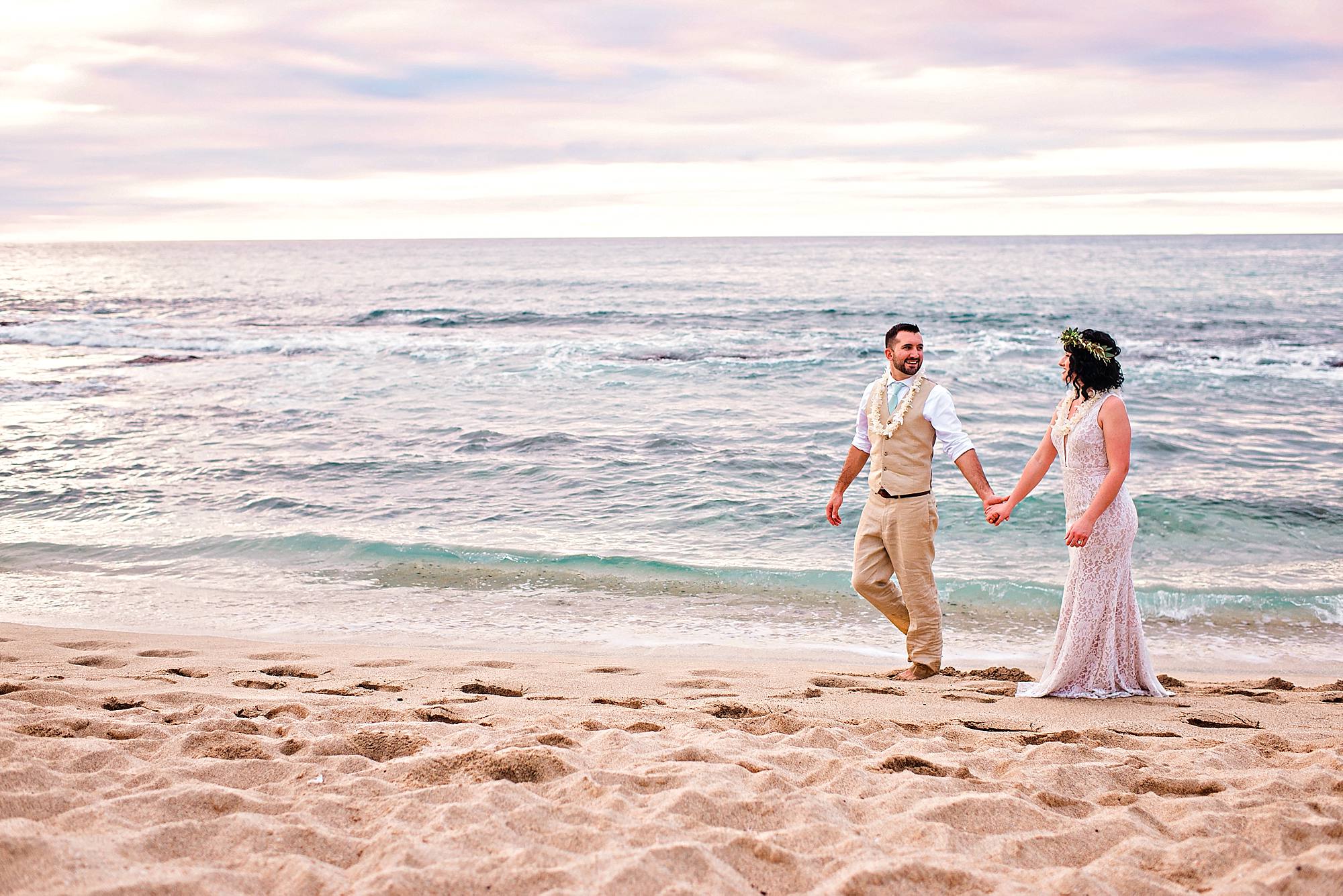 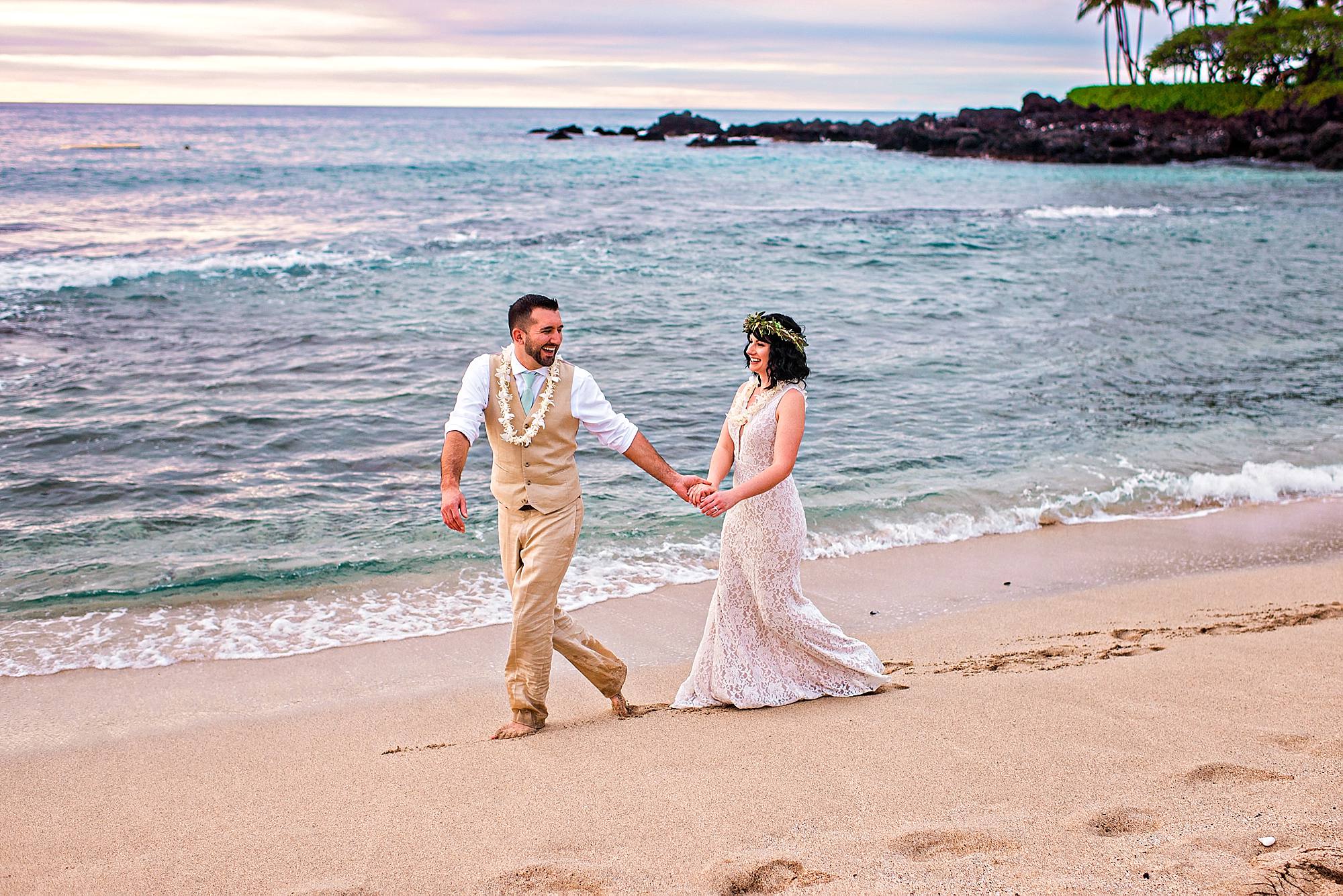 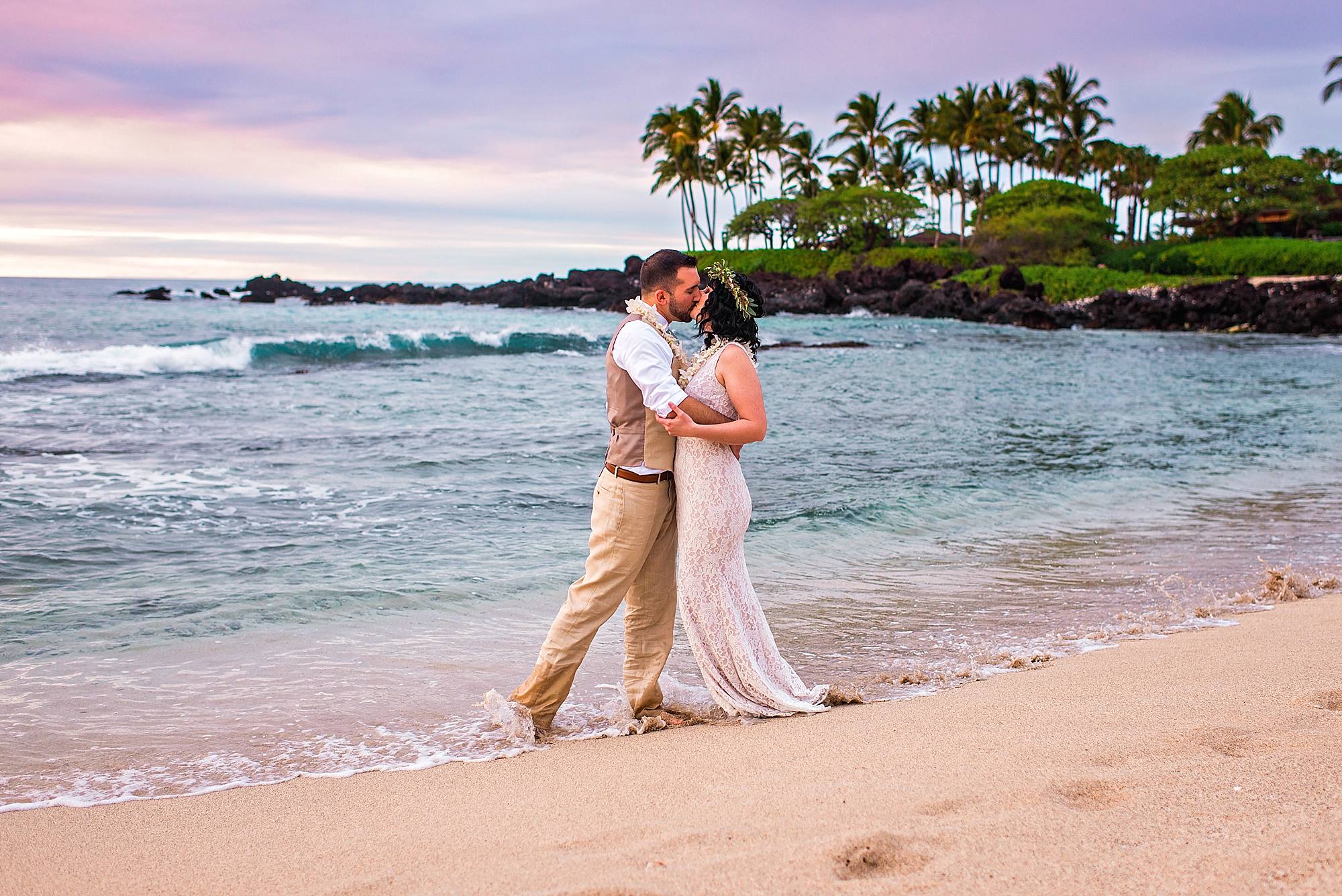 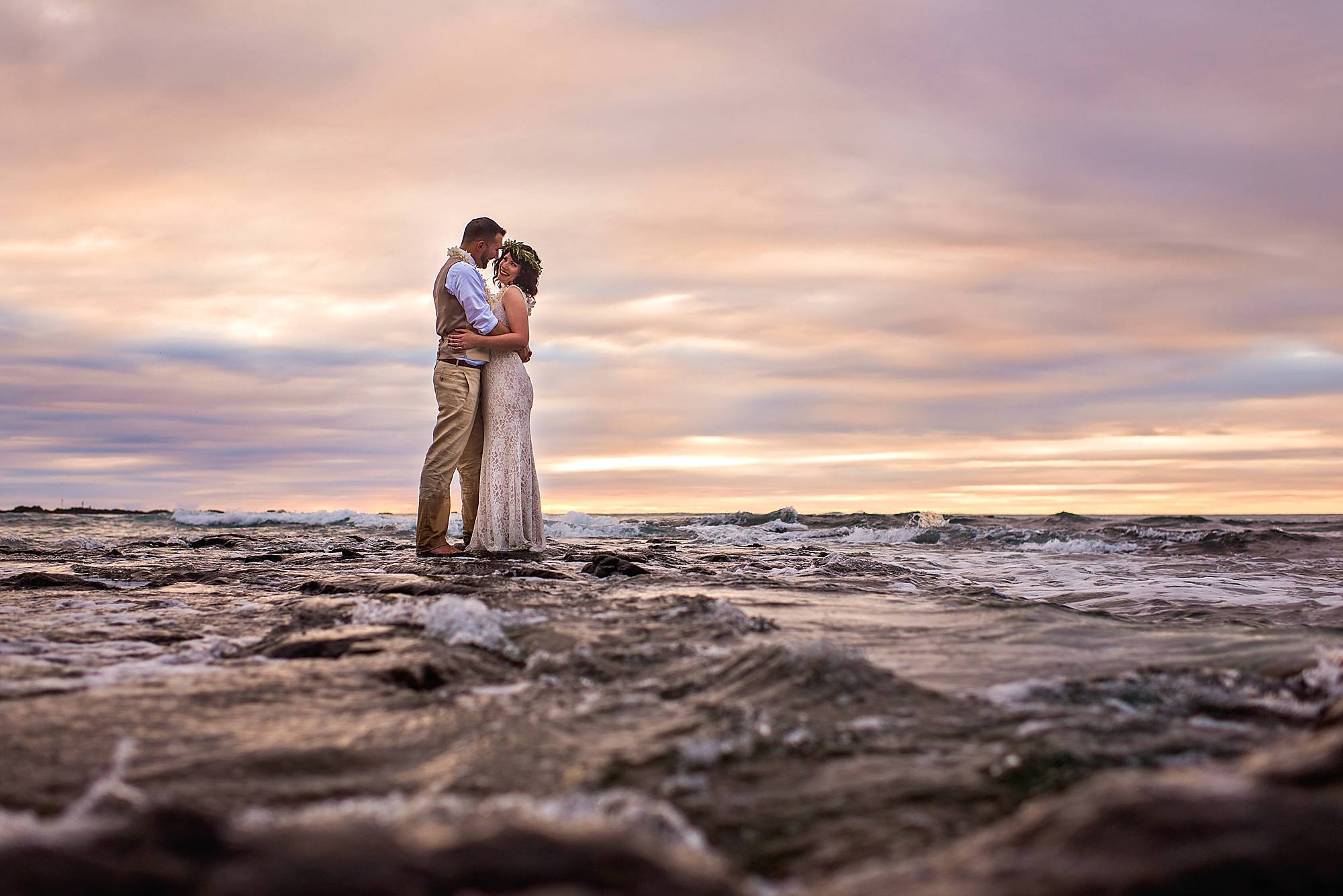 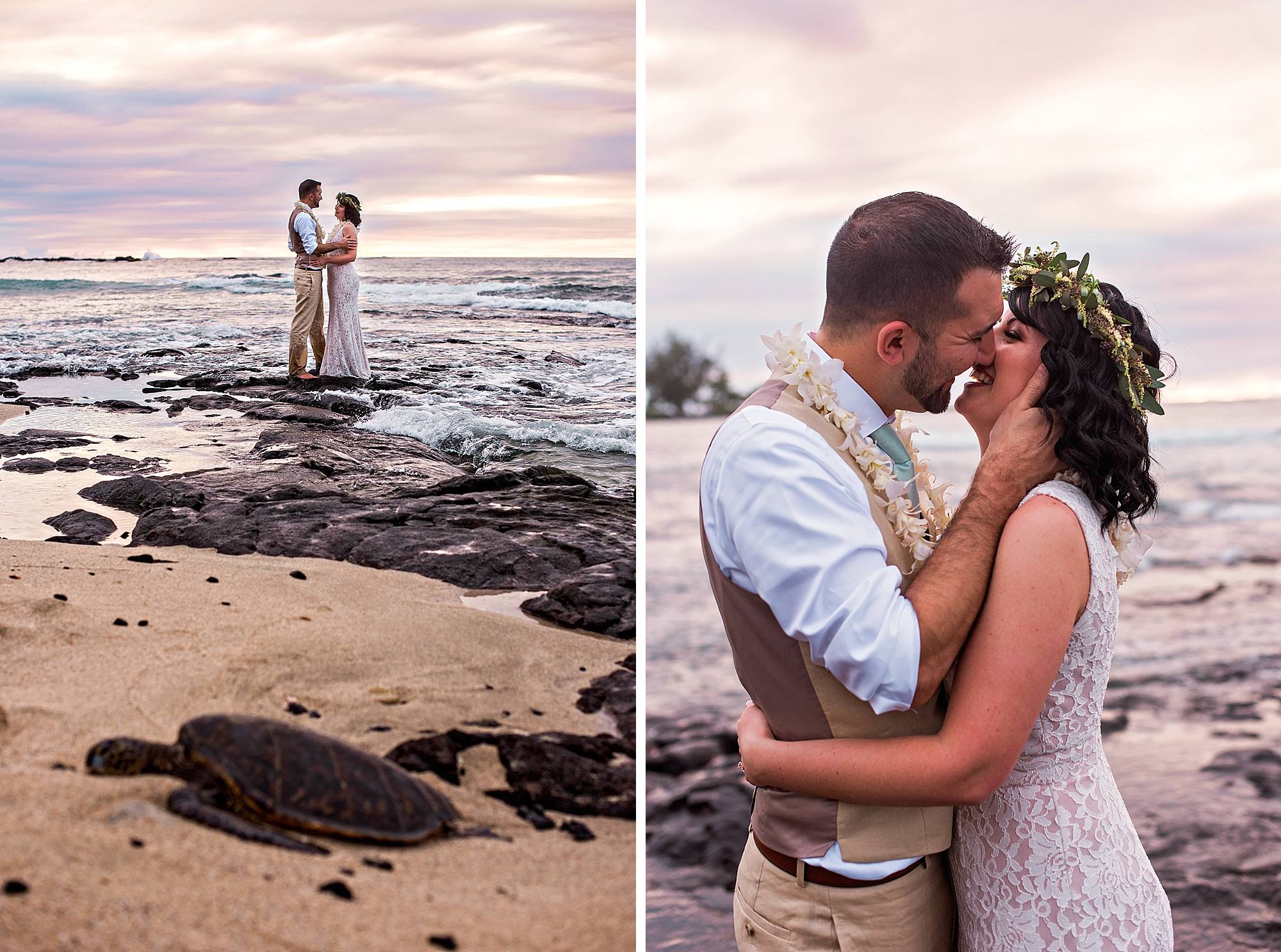 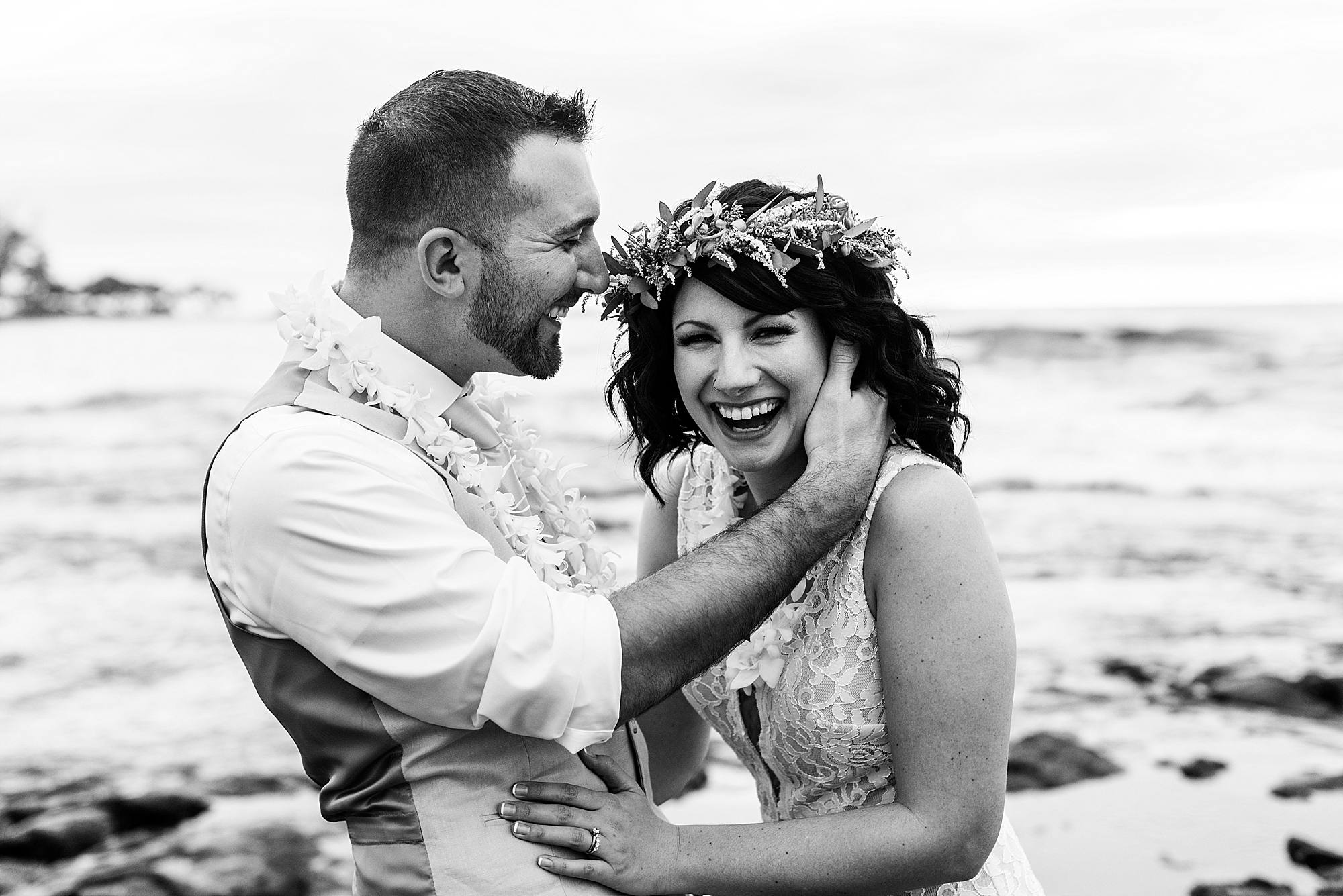 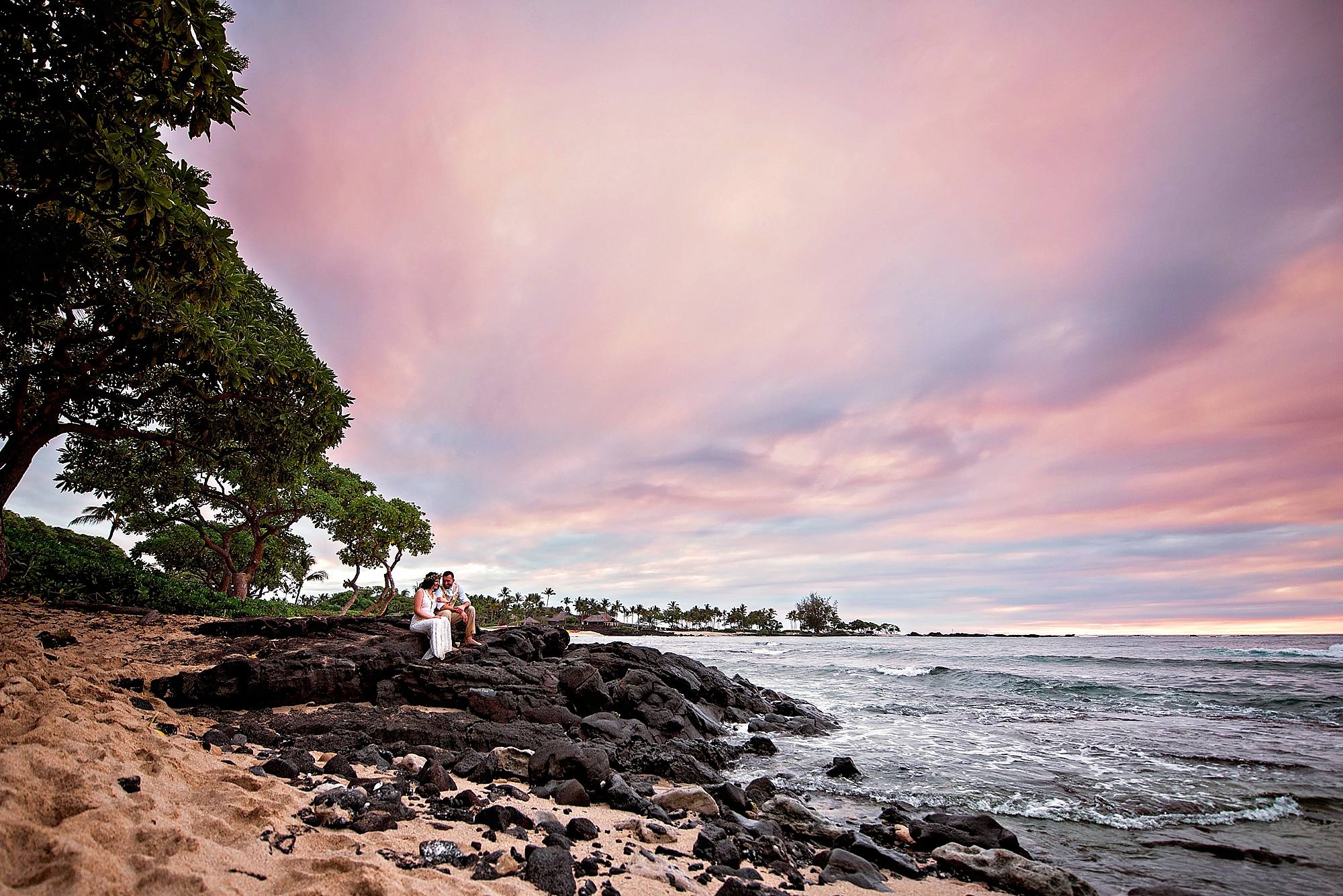 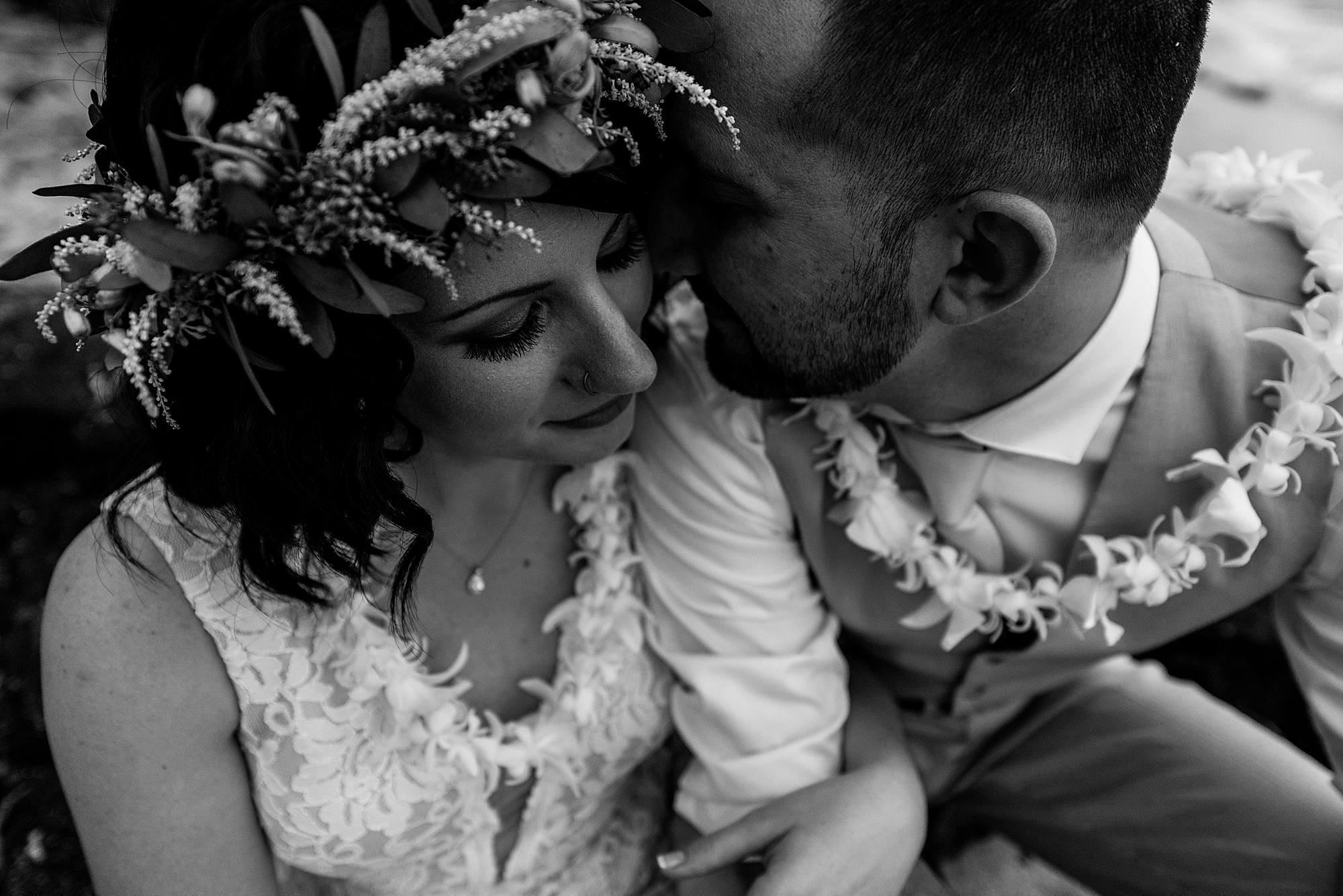 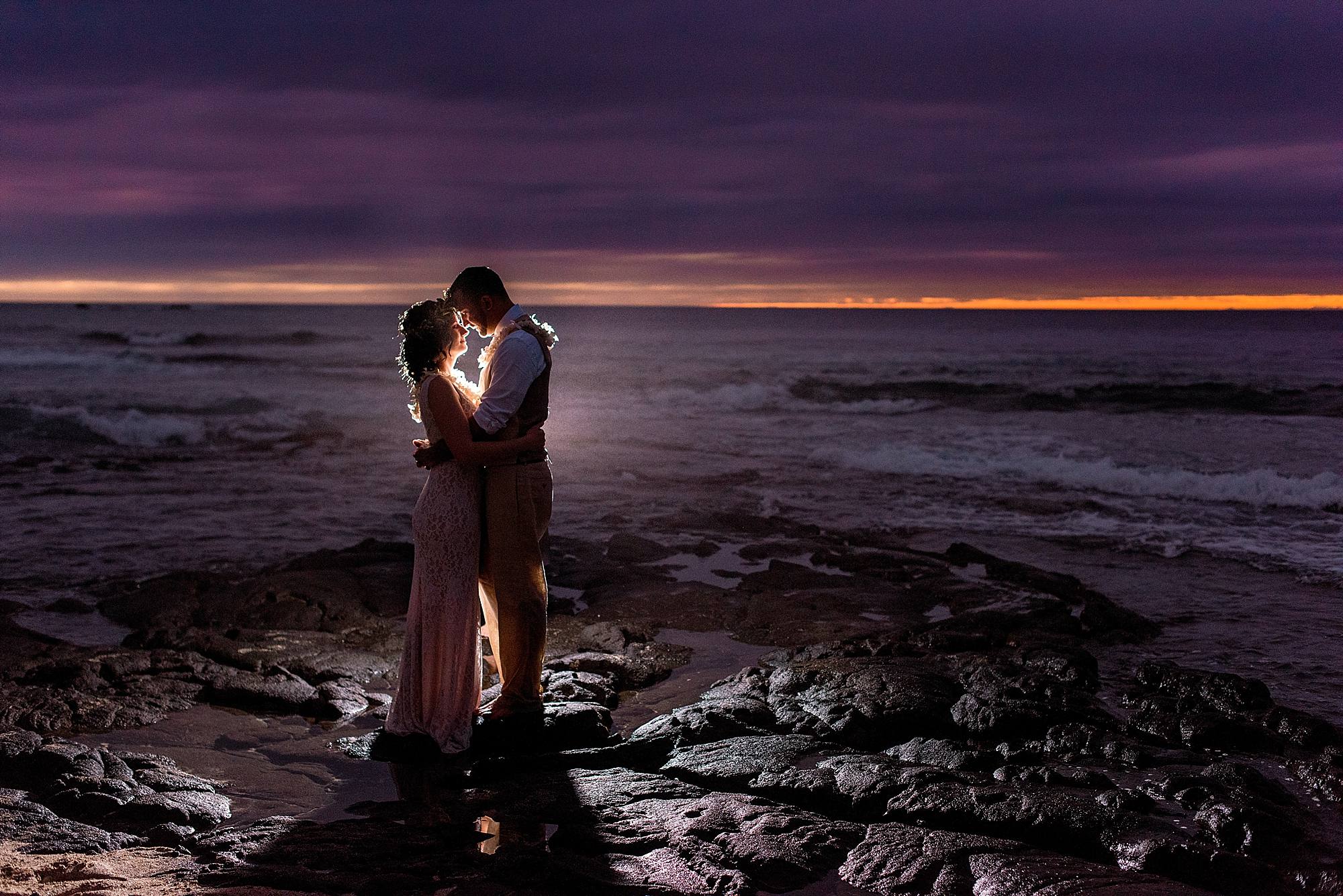 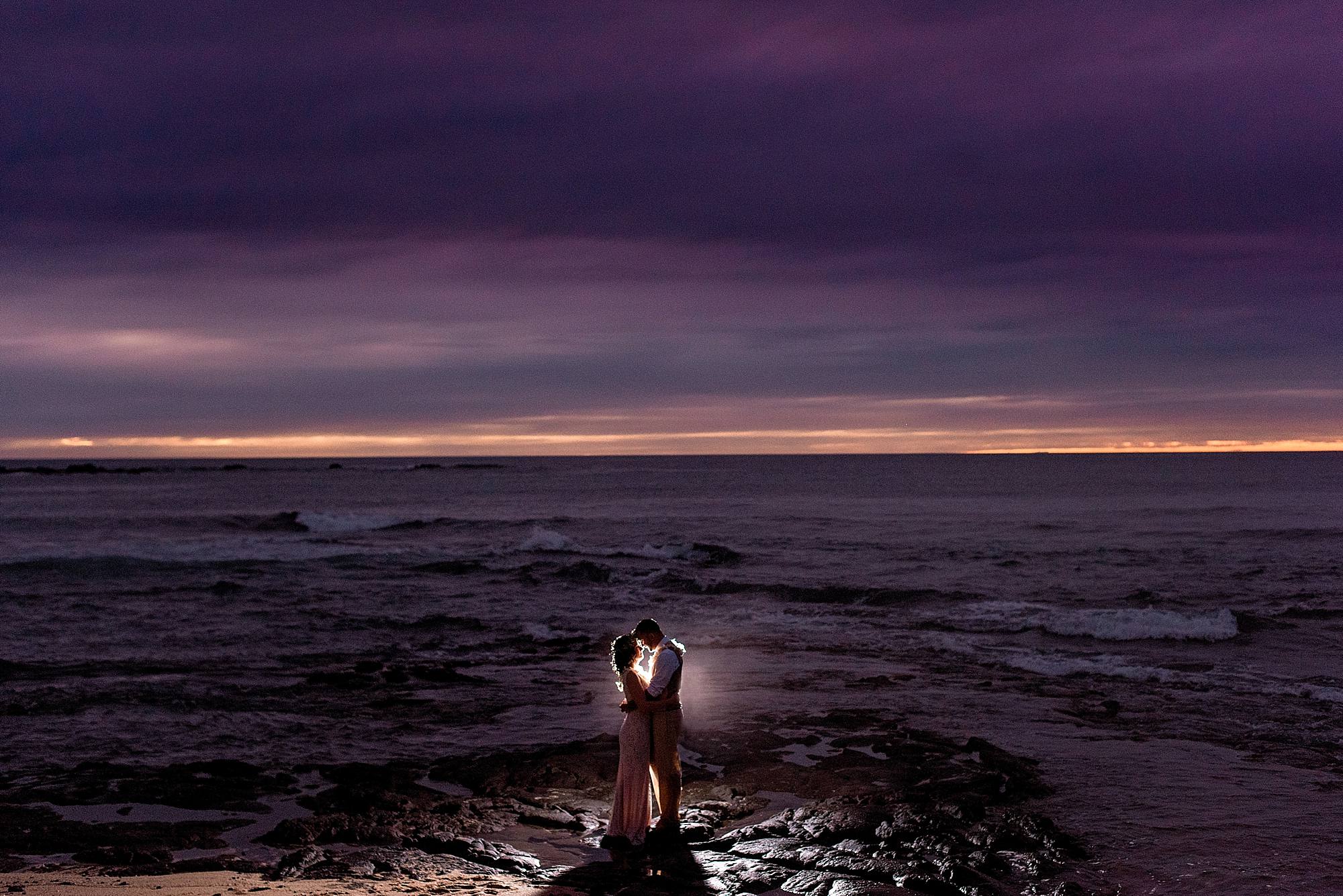 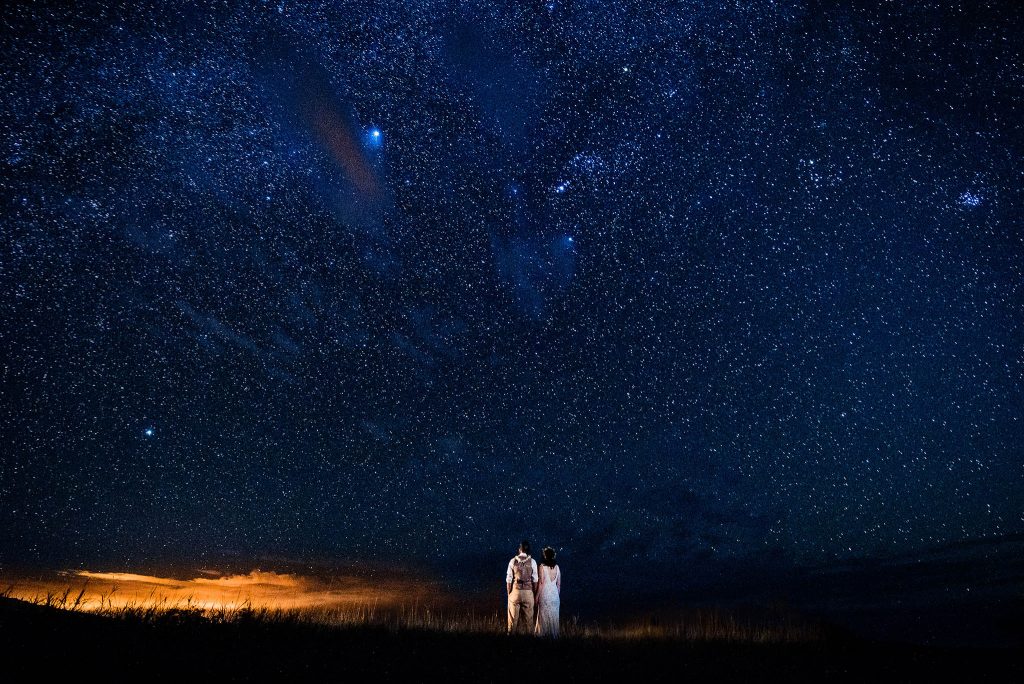 Naomi and Jake: Thank you for choosing me to photograph your Kukio Beach Elopement. I know you could have chosen anyone and there are so many talented Big Island Photographers – I am truly humbled. The biggest congratulations to you both and Jake, keep an eye on your inbox for our next NKE order and GIF high-five!

Planning a wedding on an island other than Maui? 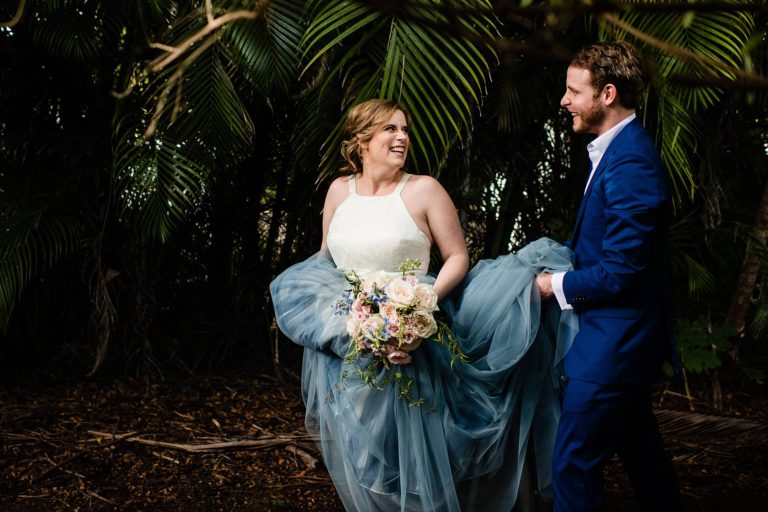 SWEET BEACH ELOPEMENT IN MAUI Megan and Alex came all the way from Canada to tie the knot on a beach in Hawaii. Before we locked in the date, we made sure to set up a Skype call so I could touch base with them and learn more about their vision for the day. I… 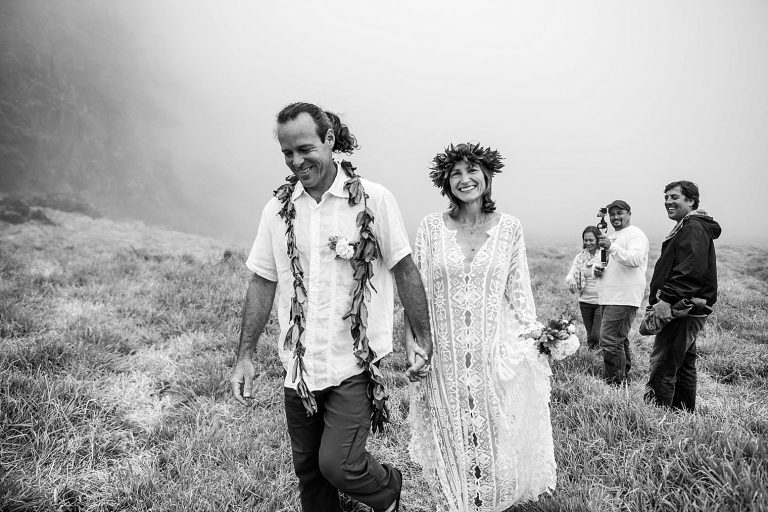 This was one of those weekends that I will never, ever, as long as I live. I had just finished up with a workshop in Arizona and was currently visiting my family in Michigan when called my husband and he told me the plan. Only a few other folks knew about it and it was… 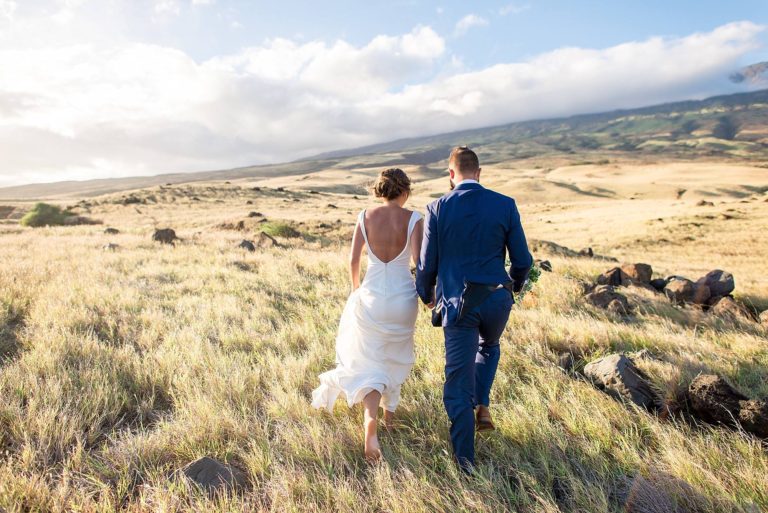 Adventurous Maui Wedding in Kaupo Maui is home to over 15 micro-ecosystems which, in short, means that whatever climate you’re looking for, you can find. We have everything from rainforests to deserts, mountains to rivers – many call it “God’s Country”. Whether or not you’re spiritual, you can’t deny that Maui is magic. And when Emily… 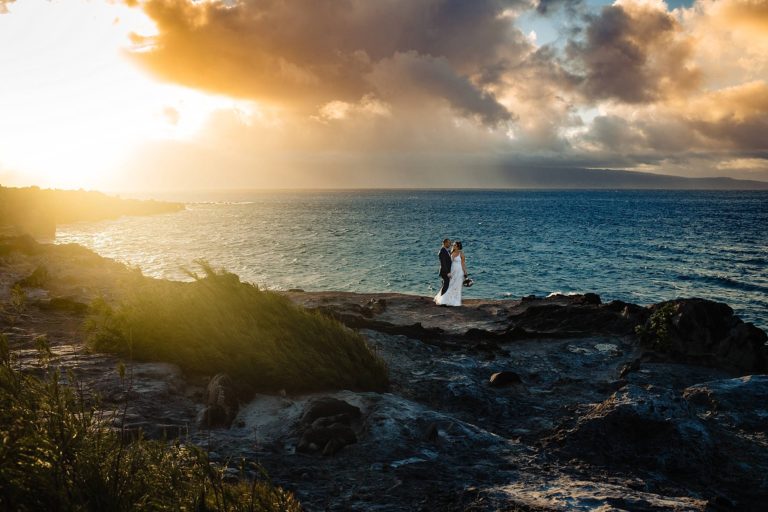 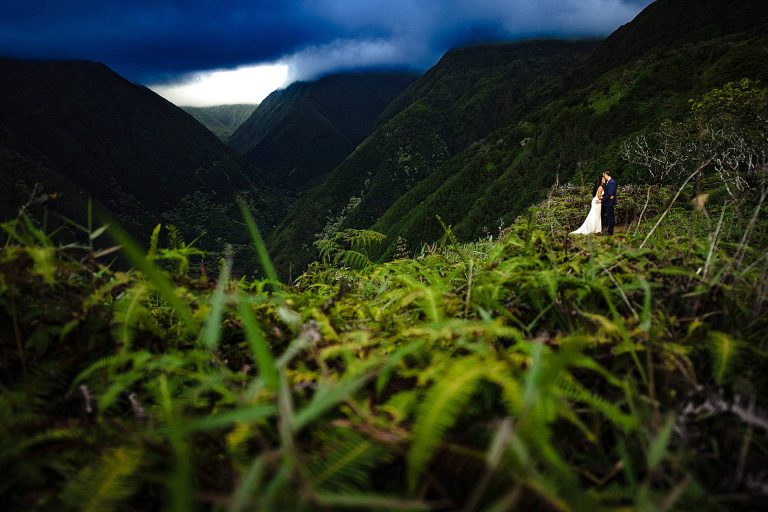 If you would have told me a few months ago that I would go from a fully booked wedding photographer for an unemployed former wedding photographer, I would have scoffed. But in a few short months, we have seen the wedding industry absolutely plummet. Currently, it’s looking like tourists won’t be able to come back… 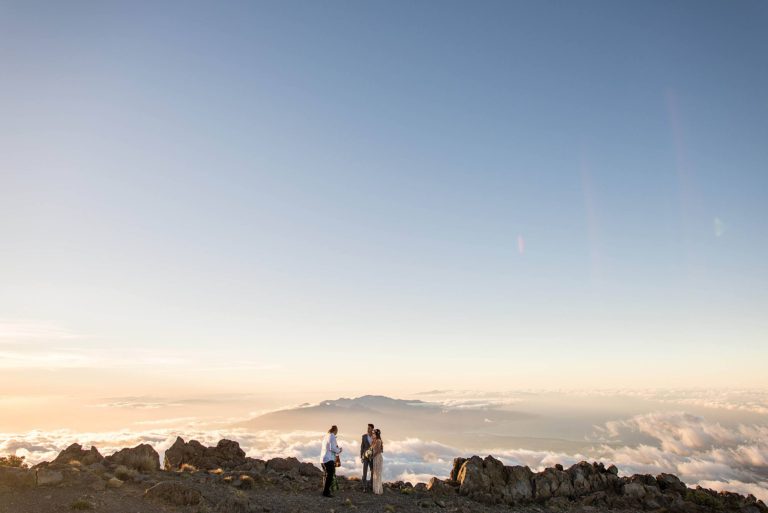 Haleakala Elopement No one knew about Michael and Khim’s Haleakala elopement besides the couple, the minister, and me. These two came from California where she is a nurse and he is a tattoo artist.  They wanted something intimate and romantic.  They loved the idea of being above the clouds. The plan was that we would…