And TBH, my favorite wedding venue on Maui.

Because I’ve shot SO many Olowalu Plantation House wedding photos, I decided to dedicate a whole page for this venue on my site.d

You can see more Maui wedding venues under the INFO tab in the menu.  But if you’re here, chances are that you’re looking for photos of Maui’s most sought-after wedding venue. And I gotchu covered.

WHAT I LOVE ABOUT THIS OCEANFRONT WEDDING VENUE IN MAUI

There are so many things I love about the Olowalu Plantation House, but the best thing about this oceanfront wedding venue in Maui is that it is large enough for 100+ people, but doesn’t feel overwhelming if you have under 20 guests.

It’s also oceanfront with amazing views on the pier for sunset portraits.

Additionally, there are THREE getting ready rooms on property so you never have to leave the venue for getting ready. This in itself saves time and money as your vendors don’t have to travel from the hotel to the venue during getting ready time! 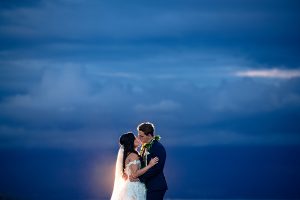 With a love of all things wine and good food, I knew that this union of Jes and Jason at a private Maui wedding venue 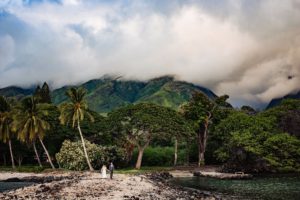 About a year ago, my friend Caleb from No Ka Oi Media and I got together and formed a plan: to highlight Maui’s best wedding 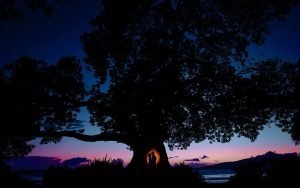 Anyone who knows me knows that I’m a woman of many words. I always have lots to say – and this romantic Maui wedding at 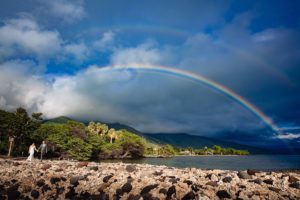 Shots during the ceremony. Bride walking down the aisle to the Game of Thrones theme song. More shots of Jameson. Extra large wine glasses. This destination 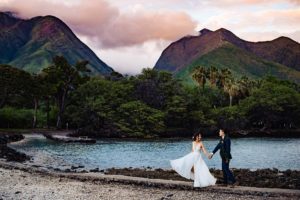 Infused with emotion, beautiful light, and a couple madly in love, this stunning Olowalu Plantation House wedding was everything you could dream of at an

QUESTIONS I OFTEN GET ABOUT THE OLOWALU PLANTATION HOUSE

HOW FAR IN ADVANCE SHOULD I BOOK?

The Olowalu Plantation House is the most popular wedding venue on Maui. If you are looking into this venue, reach out ASAP to Donna, the property manager.

CAN I HIRE MY OWN VENDORS?

Sure can! The Olowalu Plantation House has its own vendor list, but if your favorite vendor isn’t listed there, just ask Donna (the property manager) what they next steps are.

WHAT TIME OF THE YEAR IS BEST AT OLOWALU?

This is obviously subjective, but my favorite time of the year over there is whale season!

The humpback whales are here from December 15-April 15. What’s better than watching whales at your cocktail hour with your guests?

HOW LONG CAN WE STAY ON PROPERTY?

There is a strict 10 PM curfew at Olowalu, but this is typical for most private wedding venues on Maui. Usually the DJ plays their last song at 9:45 to be respectful of the Olowalu residents.

HOW MUCH DOES IT COST?

Rates are based on the time you’ll need the property and how many guests you’re expecting.

You can find more information HERE

IS THE VENUE REALLY AN OLD PLANTATION HOME IN TERMS OF SLAVERY?

No, it’s not. There were not slaves on this property. From the research I’ve done, plantation homes were more of a descriptor of a settlement rather than the use of the word “plantation” that we are familiar with from the Southern parts of the US.

Maui became a home to many different ethnicities from all over the world. China, Japan, Philippines, Indonesia – a plantation, while these people did work on farms and such, was used as a term for “settlement” rather than enslavement.

SHOULD I GET A TENT FOR MY WEDDING?

This is completely up to you. During the rainy season, you may have rain on your wedding day. But in my experience (I shoot many Olowalu Plantation House weddings), we may get a few sprinkles but not full-on rain.

That said, it absolutely can happen. If you’re going to stress about it, spend the $500 and get a tent! Your coordinator can help with this!

WHERE TO HAVE YOUR CEREMONY AT OLOWALU PLANTATION HOUSE 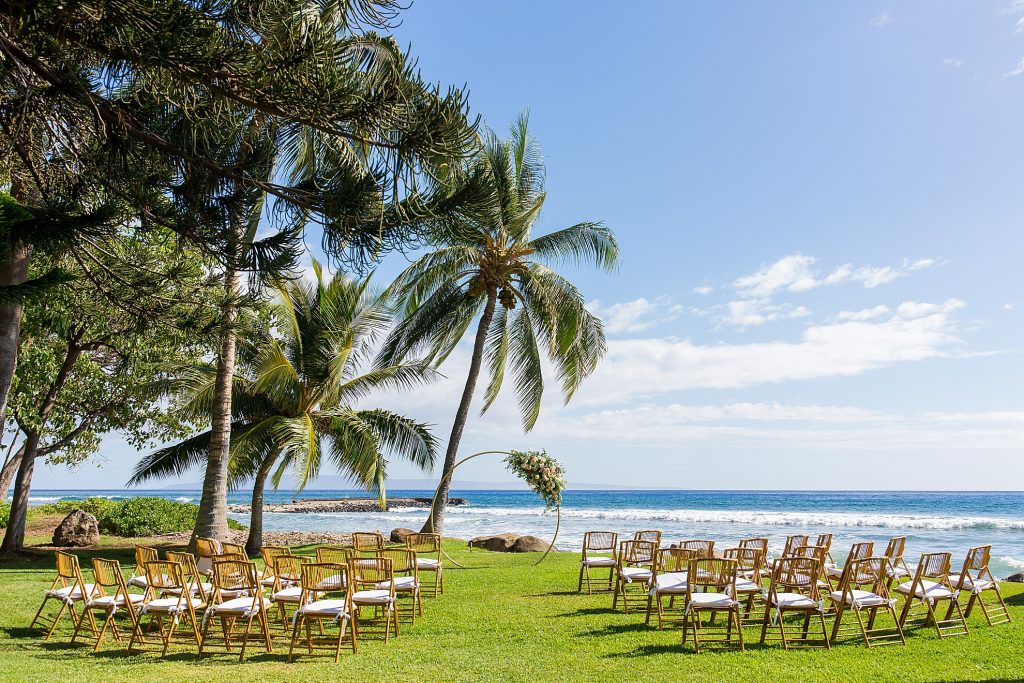 This is the most common place for a ceremony at Olowalu.

Pros: great views of the ocean that is framed by the single palm tree.

Cons: The light can be BRUTAL here (photography-wise) and your guests can get very hot very quick because there is no shade. Also, if there are people out on the pier, they’re visible from your ceremony. 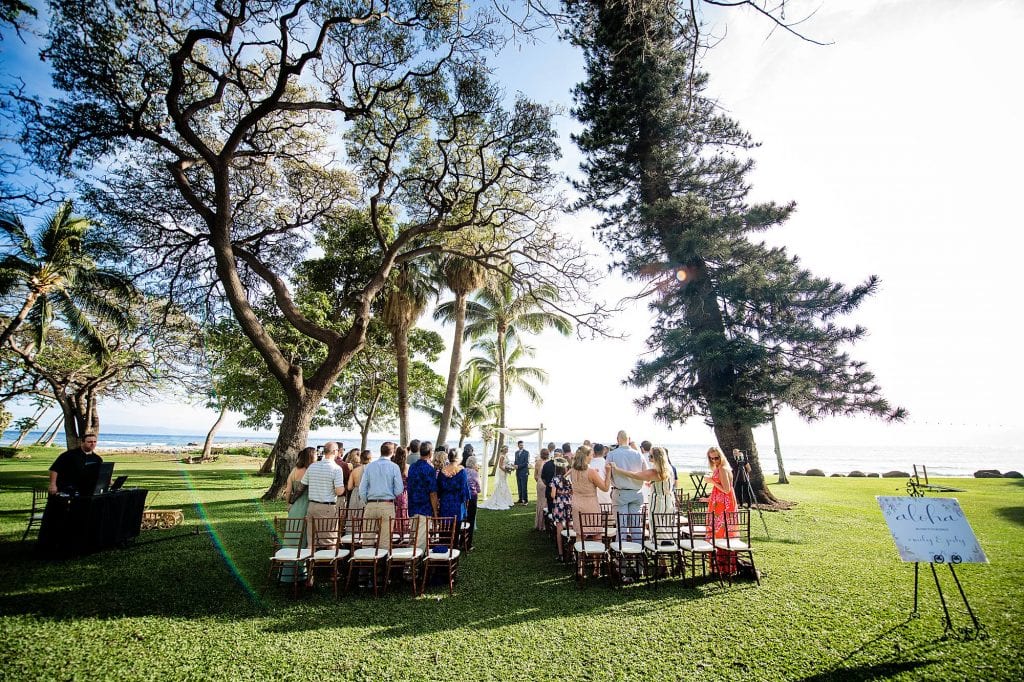 For partial shade for your guests, this a great option

Pros: partial shade for your guests. Framed nicely by the pine tree and the palm tree. You also won’t see any people out on the pier. 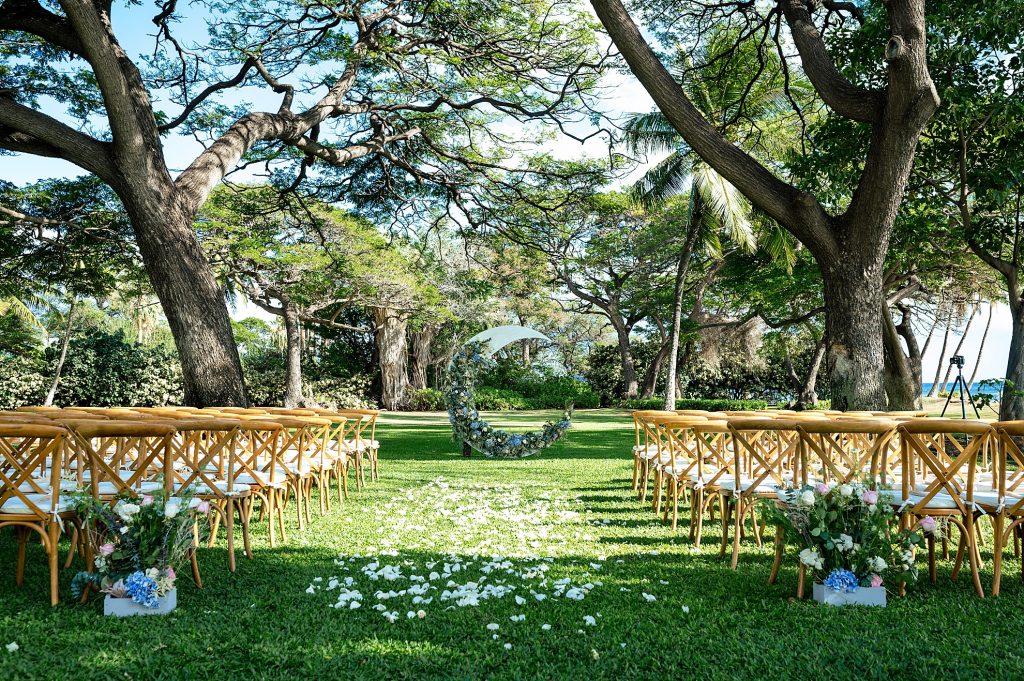 Pros: for photography, the lighting is more even and your guests aren’t roasting in the sun. 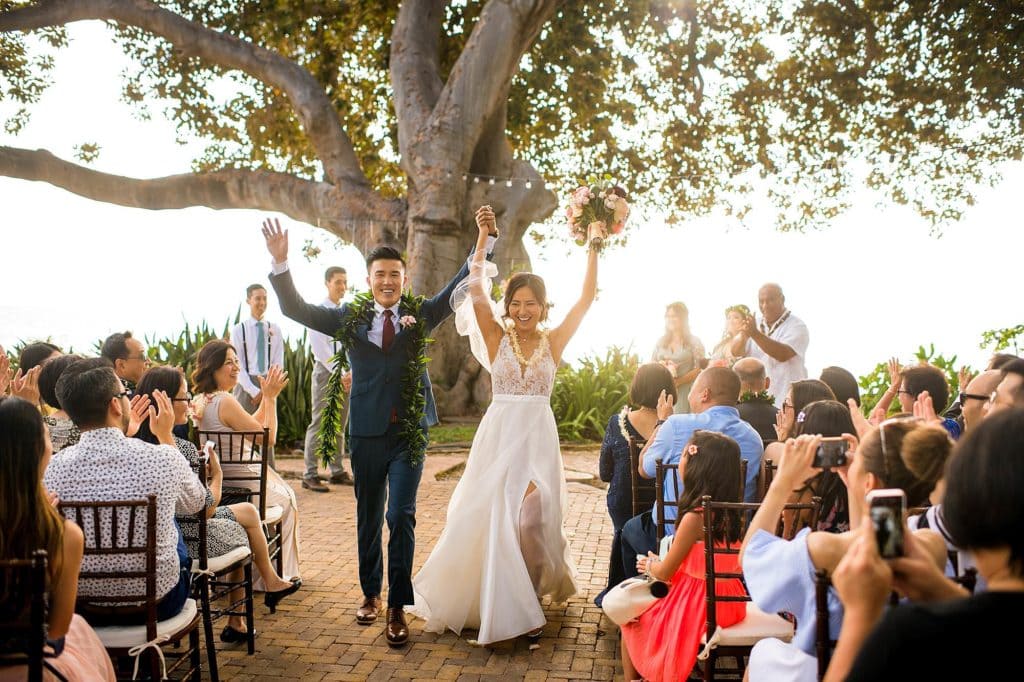 IN FRONT OF THE TREE

I’ve only photographed a handful of ceremonies under the tree – but they were my favorites. The tree has changed a lot over the years, but I loved the backlighting it provides while keeping guests comfortable.

Pros: backlighting is killer for photos

Cons: Tree isn’t as full as it used to be

Happy to answer any and all questions you may have!

If you’re thinking of getting married at the Olowalu Plantation House, drop me a note so we can touch base and we can chat about your wedding!

READY TO TAKE THE NEXT STEP?